Parents relieved classes will be back; some teachers are wary 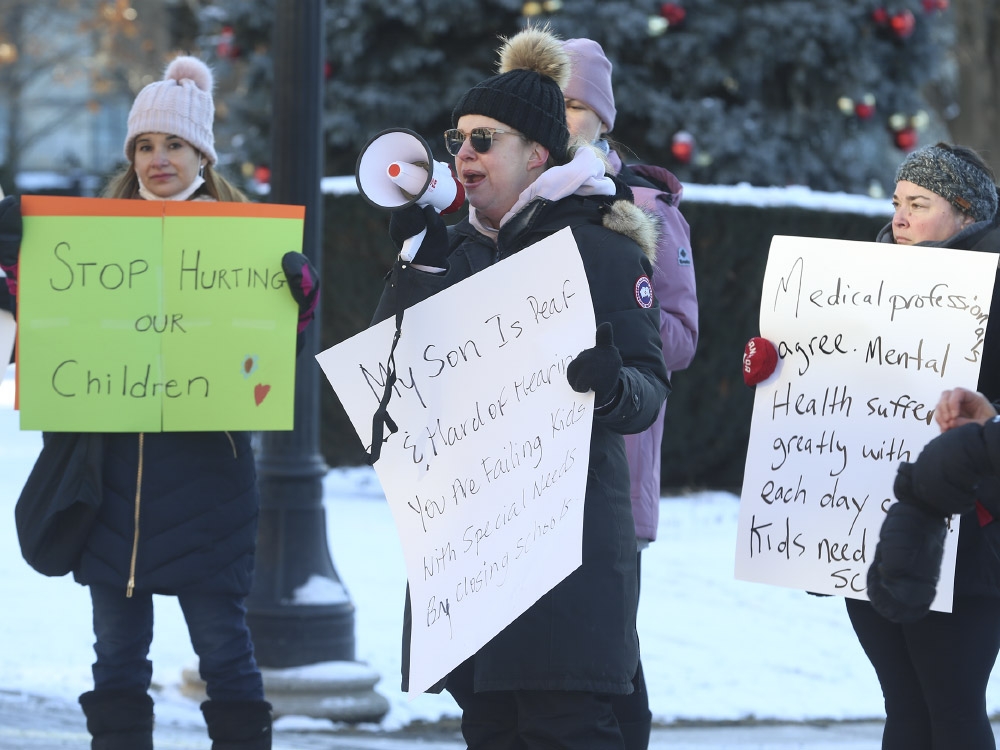 They are ready to ditch online learning.

With just days to go until school resumes in person — again — many parents say they are overjoyed their children will be back in class.

“I haven’t told my daughter yet at all.”

Her coalition has been critical about the amount of time students have spent in virtual learning.

“People are going to try and do everything they can to close our schools and continue to keep them closed because they say schools are unsafe,” Alsop said.

“Schools are safe and kids are better off there.”

“My son, I told him they were going back in school and he is so excited,” she said. “He says he hates online learning. He says it’s too much screen time.”

Like many parents, she is worried about how far behind her son could be because of all the disruption.

On Tuesday, Health Minister Christine Elliott spelled out measures the government is putting in place for classrooms across the province.

Under the plan, students will not be told about positive tests in their schools.

They also will not be given PCR tests unless they develop symptoms at school.

Elliott also said more HEPA filters are being ordered, cohorts will not be sent home if they are exposed to a positive case, and nine million N95 masks for school staff are being distributed.

“The premier himself said it was a tsunami. That doesn’t just end in a week. So we are still concerned that this virus hasn’t slowed down,” Brown said.

“I think parents need to brace themselves for interrupted schooling. I think we’re not going to have the staffing and there are going to be school closures because of the spread.”

That is exactly what Reich and her children fear.

“Children are bearing the brunt of this,” she said.

“If you need to shut stuff to slow the ICUs, don’t do it to the children.”