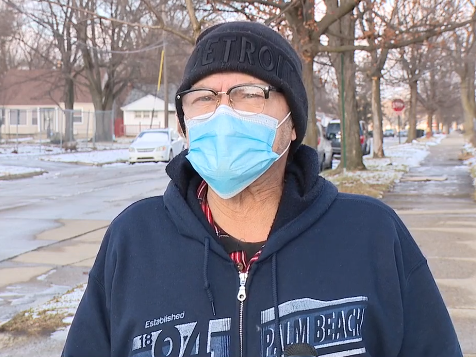 The boy was wearing only a diaper and socks

It could have ended so much worse.

A DoorDash delivery driver discovered a two-year-old boy walking alone in only a diaper and socks on 8 Mile Road in Detroit around 11 a.m. Sunday.

“He was shaking, his hands and his lips were purple and his fingers were purple,” driver Robert Jackson III told Fox2Detroit.

Jackson wrapped the boy in his coat and put him in his car to warm up before asking another driver to call police.

Because the child was only two, he didn’t know where he lived or any other information.

“You can’t ask him who is mommy is — he can’t talk,” said Jackson, a grandfather to more than a dozen children.

Police identified the child — who otherwise was in good spirits, according to Jackson — as living less than a block from where he was discovered.

Detroit Police said the toddler’s mother had gone shopping and left a 16-year-old sibling in charge.

While they are investigating the incident, police said it appears the child walked out of the house unnoticed and no charges are expected to be filed. The child was taken to hospital to be examined.

Jackson for one, was happy he was there to help.

“It feels good that I was there — I don’t know how to explain it,” he said.

The Eye of Sauron: The US Democratic Party in search of an enemy

LILLEY: Science Table projections off the mark once again