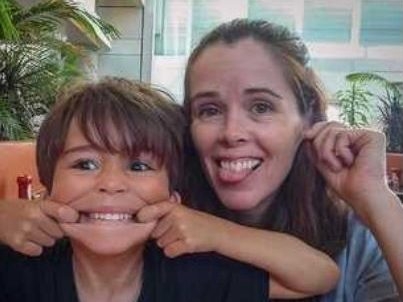 Showing off for his date may have cost three lives – and a man’s freedom.

Paul Manzon was heading north on his way back from a car show in his shiny, souped up blue Corvette on a beautiful August evening in 2018, his date by his side, his speedometer registering 163 km/h in an 80 zone.

Allison Jones was driving south with her two kids and another child in a Kia SUV on their way home from a pool party in Bolton, her husband in another car ahead.

He would see the horrific crash in his rear view mirror.

By the time Manzon saw Jones making a left turn, it was too late. Braking twice only brought him down to 140 km/h just a second before impact. The Corvette slammed into the SUV, sending it flying into the air before it crashed into a light pole. Jones, her son Miles, 7, and her daughter’s friend, Julia Riccobene, 12, were all killed. Her daughter was seriously injured as was Manzon’s passenger.

She found this wasn’t a momentary mistake or lapse. “No reasonable person would drive 163 km/h on a four-lane highway near an intersection where cars were present,” Dennison said.

But the judge acquitted him on the more serious counts of criminal negligence causing death and bodily harm, finding his driving didn’t reach the higher fault standard of “wanton or reckless” disregard for the safety of others and a “marked and substantial departure” from that of a reasonable person in the same circumstances.

“He didn’t accelerate into the intersection. He made some efforts to slow down before entering the intersection, albeit too late,” she said, adding that he wasn’t impaired by alcohol or drugs and had the right of way.

“Mr. Manzon’s conduct leaves me with a reasonable doubt that he had a wanton and reckless disregard for others.”

Witnesses told the court that right before the deadly collision, Manzon, 45 at the time, was passing slower moving vehicles, including two motorcycles. Daniel Gouveia, driver of a 2006 blue Suzuki motorcycle, testified that he was hit by what he believed were thrown coins and angrily accelerated to catch up to the Corvette before deciding to back off. Moments later, he saw Manzon crash into the turning Kia.

The judge rejected the defence argument that Manzon was only speeding to get away from Gouveia. “I find that Mr. Manzon was already speeding excessively before the motorcycle chased him,” Dennison said.

“There’s no direct evidence that Mr. Manzon felt threatened or felt compelled to speed away from the motorcycle,” she added. “Whether what took place can be described as a race, a chase or Mr. Manzon just showing off, he passed the motorcycles at a high rate of speed and accelerated up to speeds of 163 km/h and this took place on a highway within 600 feet of an intersection with traffic lights.

“A reasonable person would have anticipated that a person travelling south could turn left at the intersection.”

And now the victims’ families struggle with the senselessness of it all. “This is three lives that were taken,” said Julia’s aunt Salvina Greco said after the verdict. “The pain doesn’t go away.”

She was relieved Manzon was at least found guilty on the five counts of dangerous driving. While the convictions carry a possible life sentence, the family has been told that a more realistic term could go as high as 10 years.

Sentencing is tentatively scheduled for May. In the meantime, Manzon remains free on bail.

“At least he will serve some time anyway,” Greco said. “Will it ever be enough? No. But at the end of the day, what’s enough? You still feel heartbroken and empty. The sentence doesn’t bring them back,” she said.

“I just really want him to understand what he did – I’m not sure he does.”

“Consider me a girl”: the IOC gave women’s sports to the amusement of transgender people