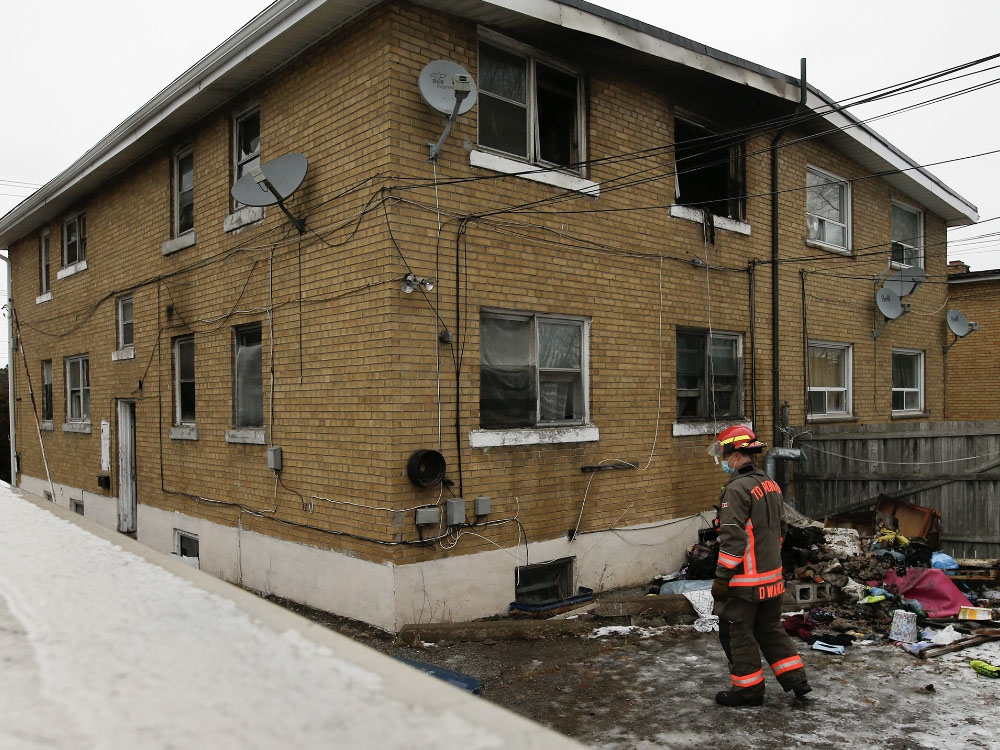 Stephan Powell, Toronto Fire spokesman, said the blaze at Barrymore Rd. and Lawrence Ave. E. escalated to a third-alarm but there were no injuries to the six who escaped or to firefighters.

“There was a heavy amount of smoke and we pulled one lady out of a window,” said Powell.

The fire was detected just before 4 a.m. and those on scene mid-morning seemed to be targeting the basement area of the two-storey semi-detached home.

The flames were knocked down “reasonably quick” within an hour.

“Six people have been displaced and put up in motel by Red Cross,” Powell said.

One firefighter on scene sad it had been a “bad” holiday time this year.

Over the Christmas break, the city saw two fatal fires in Scarborough.

The first claimed the life of an 81-year-old man in a townhome on Scarborough Golf Club Rd. on Christmas Day.

Two days later, a woman in her 60s on Pell St., near Midland and Kingston Rds., died as a result of a fire in her kitchen area.

LILLEY: Ontario’s election campaign about to get hot and heavy, for a few weeks