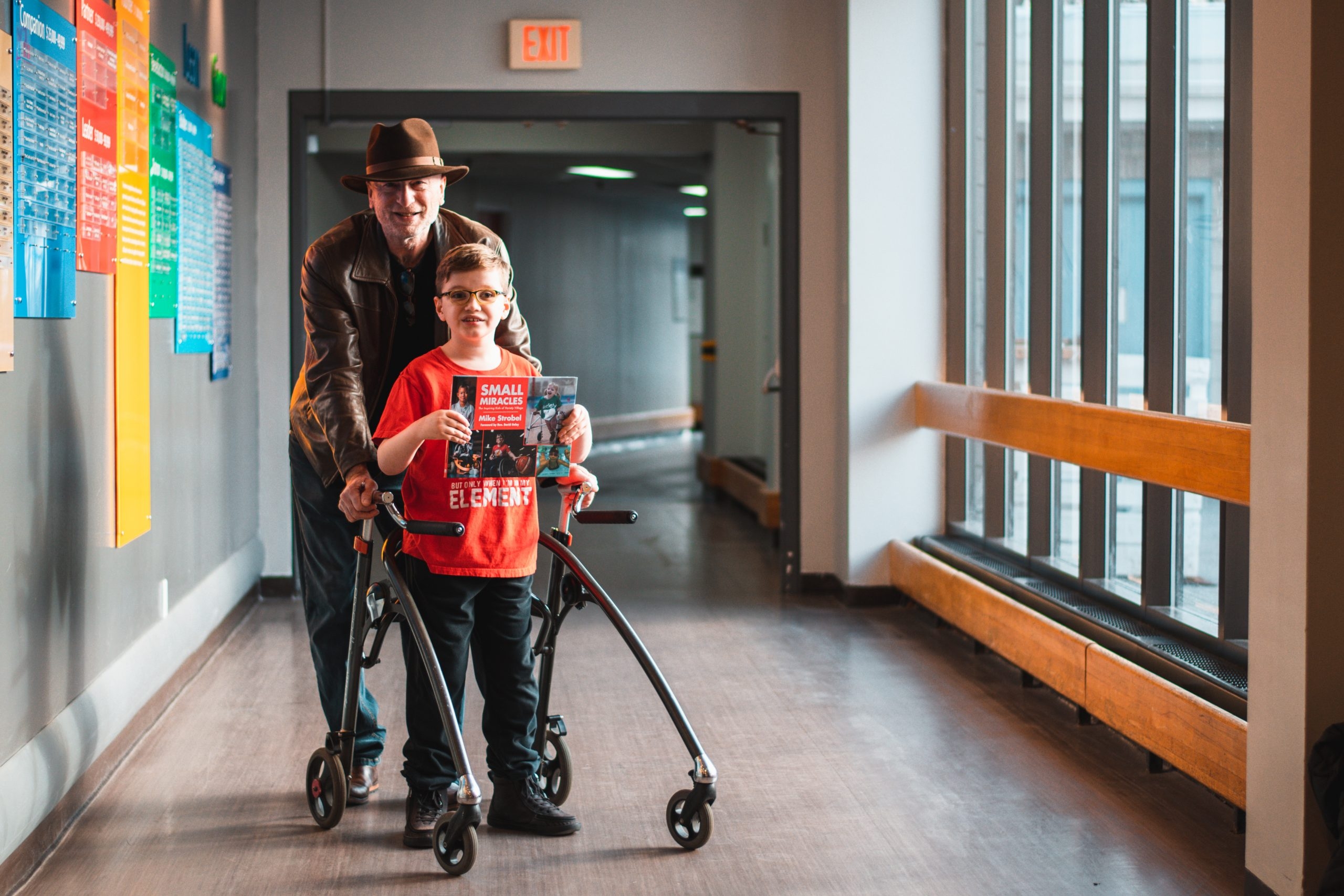 That cheer you hear comes from the kids, and kids grown up, of Variety Village.

“Wow! That’s a lot of money!” says Madison “Madi” Ambos, 8, my campaign co-chair. “This is amazing news,” she writes, “because it will help me and my friends continue activities like rock climbing, going to summer camp, swimming and Volt hockey.

“Thank you to all the readers for being so generous this Christmas.”

Zach Rayment sends his thanks, too. Zach, who just turned 13, and Madi both have cerebral palsy.

Madi had surgery in 2017 and took her first halting steps later that year. Zach had a different operation last spring and is now walking unaided — two or three steps at a go — for the first time in his life.

Both are Variety Village icons — if kids can be icons — and “ambassadors” of that magnificent sports centre in Scarborough tailored to people with disabilities, especially children.

Donations go straight to the Village, as do proceeds from my new book, SMALL MIRACLES — The Inspiring Kids of Variety Village (to order, see sunchristmasfund.ca or mikestrobel.ca)

The honour roll of donors includes the neighbours of Thelma Smith, of Scarborough, who died Dec. 6 at age 68. They passed the hat in her honour and sent $390 to the Christmas Fund. “Thelma would have appreciated that,” says neighbour Jeanette Salmon. “She always gave to charities and was thoughtful to everyone, even bringing something for children on our street at Christmas. She was a good, good person.”

Here are the latest, and final, donors to the 2021 Christmas Fund:

LILLEY: CBC will get more of your money mostly because it serves Trudeau Liberals

Queen’s Park to require proof of vaccination for entry as of Oct. 4