MANDEL: Son who murdered elderly mom to serve another nine years in prison 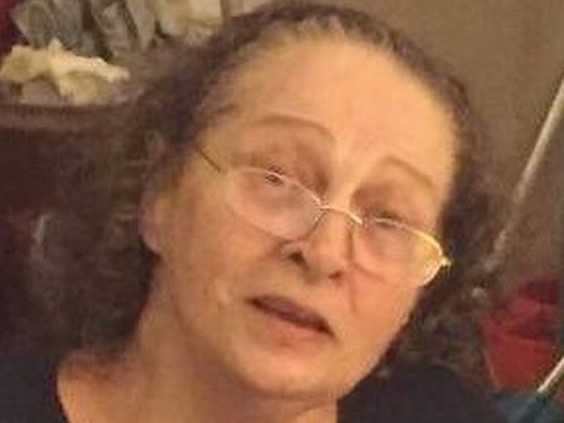 Colleen Maxwell lived in fear of her oldest son. And died knowing her fear was well-placed.

The 73-year-old suffered from anxiety, high blood pressure and rheumatism, needed a walker to get around and a personal support worker to bathe her. But according to an agreed statement of facts filed with the court, “despite her ailments, people described her as quick-witted, and a bright laugh” and she was excited to be a grandmother to the children of her younger son, Kyle.

Her relationship with son Matthew brought little of that joy.

The disabled woman lived in a one-bedroom Regent Park apartment where Matthew, 37, would often come and stay for days on end, helping himself to her money, her apartment keys and even her phone. A crack addict with mental health issues, he must have believed he was entitled since he blamed all his problems on his mom.

Court heard Colleen had a difficult time raising her son and at the age of five, placed him in care. He was then bounced through seven foster homes where he suffered “significant trauma” and emerged into adulthood with PTSD, an addiction to drugs and a raging bitterness toward his mom for giving him up.

His relationship with her was “turbulent and violent,” noted Superior Court Justice John McMahon.

Colleen told friends Matthew would get angry if she didn’t hand over money to support his crack addiction. Her best friend once witnessed Matthew grab his mother’s neck when she refused to give him cash. She’d also been told by Colleen that he’d broken her glasses and her phone on different dates in 2018.

A few weeks before she was killed, younger son Kyle noticed bruises on her arm. It was Matthew, she told him.

This violence wasn’t new. Matthew had been previously charged and convicted of mischief and threatening to kill his mother.

At first, Colleen ignored suggestions by friends and family that she get a restraining order or a trespass order against her son. She must have believed she could handle him.

“On the night before her death, Ms. Maxwell confided to her good friend that she was afraid of her son Matthew,” the agreed statement says.

Colleen had reached out to her superintendent for help and office staff helped her contact an elder abuse number and gave her information about a shelter.

“Sadly,” the judge said Tuesday, “she did not have time to follow up. What resulted was the tragic loss of an innocent life at the hands of her son.”

On Aug. 29, 2018, Matthew called 911. Paramedics found Colleen’s badly beaten body lying in the fifth-floor hallway of 50 Cornwall St., naked from the waist up and a loose nightgown laid on top to cover her.

Her weeping son, smelling strongly of alcohol and admitting to having recently consumed crack, said his mom had fallen several times and stopped breathing moments before he called 911.

His implausible explanations didn’t match the evidence: Colleen had obvious signs of trauma to her face and neck and two lacerations to her scalp. Rigor mortis had set in. The pathologist found internal and external blunt force injuries on her face, head, neck, within her mouth, on her abdomen, chest, arms and legs.

“Due to the numerous blunt force trauma, it was not possible to determine the exact number of blows, other than to say there were many,” McMahon said.

Charged with second-degree murder, Matthew pleaded guilty to manslaughter. For the brutal and “up close” murder of his vulnerable and elderly mother, McMahon sentenced him to 15 years in prison — but with credit for pretrial custody and harsh lockdown conditions, he has nine years and three months remaining.

Asked if he had anything to say, the killer said he was sorry.