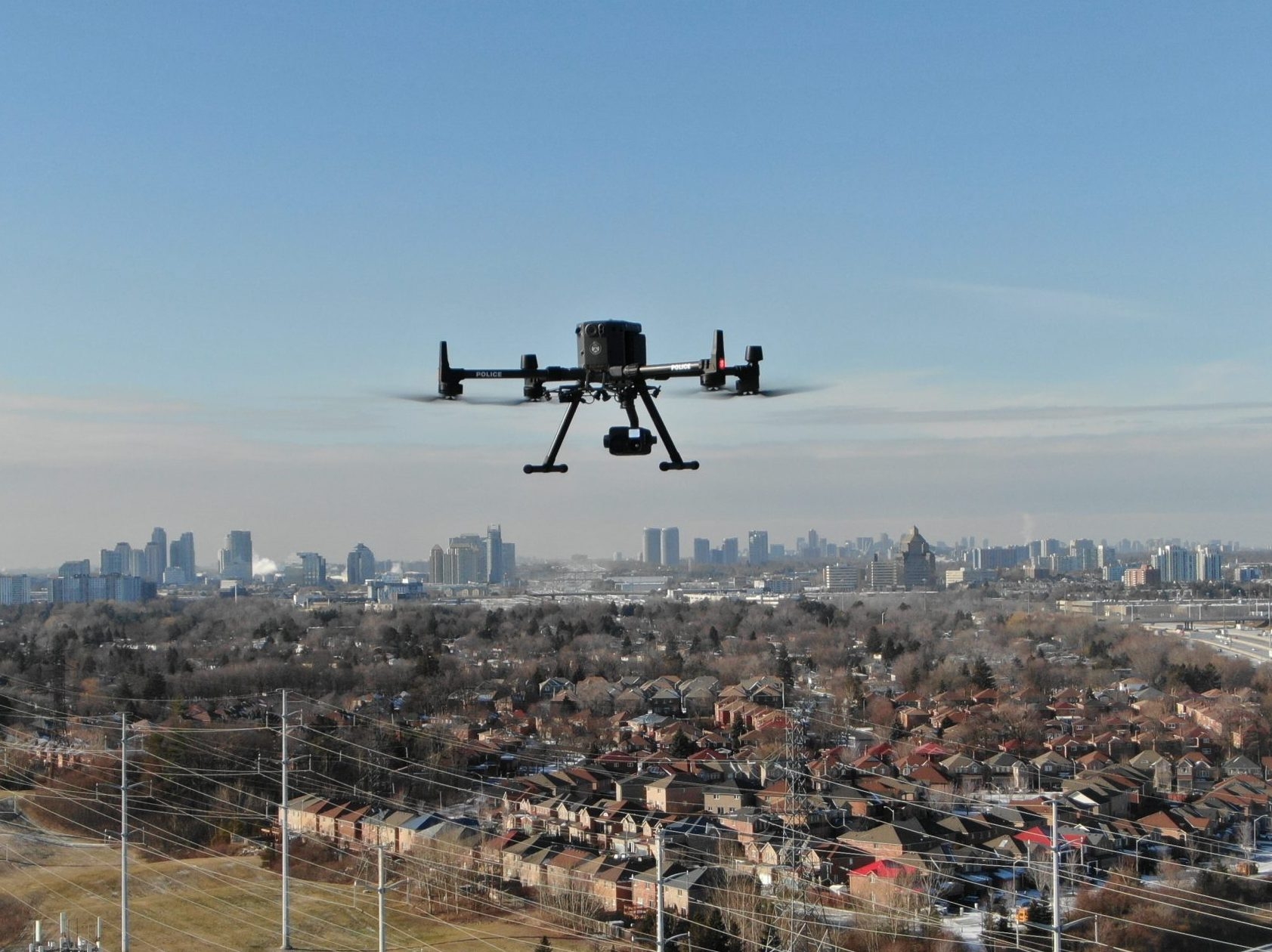 Imagine growing up in the Roaring 20s — a time when automobiles had recently replaced horse-drawn carriages and families gathered around radios to listen to their favourite shows — and being told one day your life will be saved by an unmanned aircraft using infrared technology.

The notion would have seemed more alien than when Marty McFly when travelled through time to the 1950s with his Sony Walkman in Back to the Future.

However, that fantastical story became a reality in September 2020 for Leonard Simpson — a 98-year-old man who went missing in Rexdale.

“We used drones to search an area of 47 kilometres and managed to find the elderly man on the side of a ravine after several nights on his own in the elements,” Toronto Police Const. Douglas Elo told the Toronto Sun recently.

“That was one of our first major successes for the RPAS (Remotely Piloted Aircraft System) program,” he added.

Elo, a training officer in the Emergency Management and Public Order Unit’s Search Management section, said the service’s RPAS program began in 2016 with the purchase of a few drones.

Const. Mike Ramsay, a fellow RPAS program training officer, said the service took “baby steps” at first to allow the public to become comfortable with the idea of police officers using the technology.

“We get lots of positive feedback from the public,” the 22-year veteran said. “People understand the importance of such a tool in policing.”

The drones were initially used by Traffic Services for collision reconstruction, enabling investigators to reopen roads much faster after serious crashes, and for missing persons searches. But use of the technology has evolved in ways Elo and Ramsay could never have envisioned when they became cops.

“It has quickly become one of the largest game changers in search and rescue worldwide,” Elo said, explaining drones can search vast areas much faster while eliminating the risk of injury to first responders on the ground when dangerous terrain is involved.

Eyes in the sky can also be effective at searching waterways for missing swimmers and boaters.

“We are actually able to see right to the bottom of the water,” Elo said.

Drones have also been used to document large outdoor homicide scenes; to find firearms ditched on rooftops; to let people trapped on the Scarborough Bluffs know help is on the way; to light up the scene of major incidents such as a building collapse; to help firefighters search for hot spots from the air after a blaze has been doused; and even to safely inspect suspicious packages.

Elo said there have also been times when drones have been used to save lives without members of the public ever knowing.

“When there is a large gathering in the city — a protest or a parade — we can monitor traffic on surrounding streets and divert ambulances around the crowd,” he said. “So someone’s mom or dad is alive because a drone provided a clear path for the ambulance to get the hospital faster.”

In some instances, drones can replace the need for a helicopter.

“We can’t bring a helicopter to a downtown accident scene (because of all the condos and office towers), but we can take a drone out of a box,” Elo said.

Drones, which cost about $30,000, do have some limitations such as battery life (even the newest models can only run for about 45 minutes before batteries must be changed) and the aircraft must be flown within range of the licensed pilot’s sight line.

But the technology is constantly improving.

“The applications for this tool just keep growing as the technology evolves,” Elo said. “It’s actually evolving in our hands from call to call.”

“We regularly sit back, look at calls, and consider whether a drone could be used to assist with the police response,” Ramsay chimed in.

Toronto Police currently have about 16 drones — some of which are for training and have a lower price tag of about $500 — and the service has about 24 licensed drone pilots.

But Elo and Ramsay, both of whom are extremely passionate about this policing tool, believe it’s only a matter of time until the service creates an RPAS Unit.

“This is the future, we’re living in the future — and where it goes from here, we don’t know yet,” Elo said.

WARMINGTON: Toronto needs Chief Ramer, and he’ll stay until the end of 2022