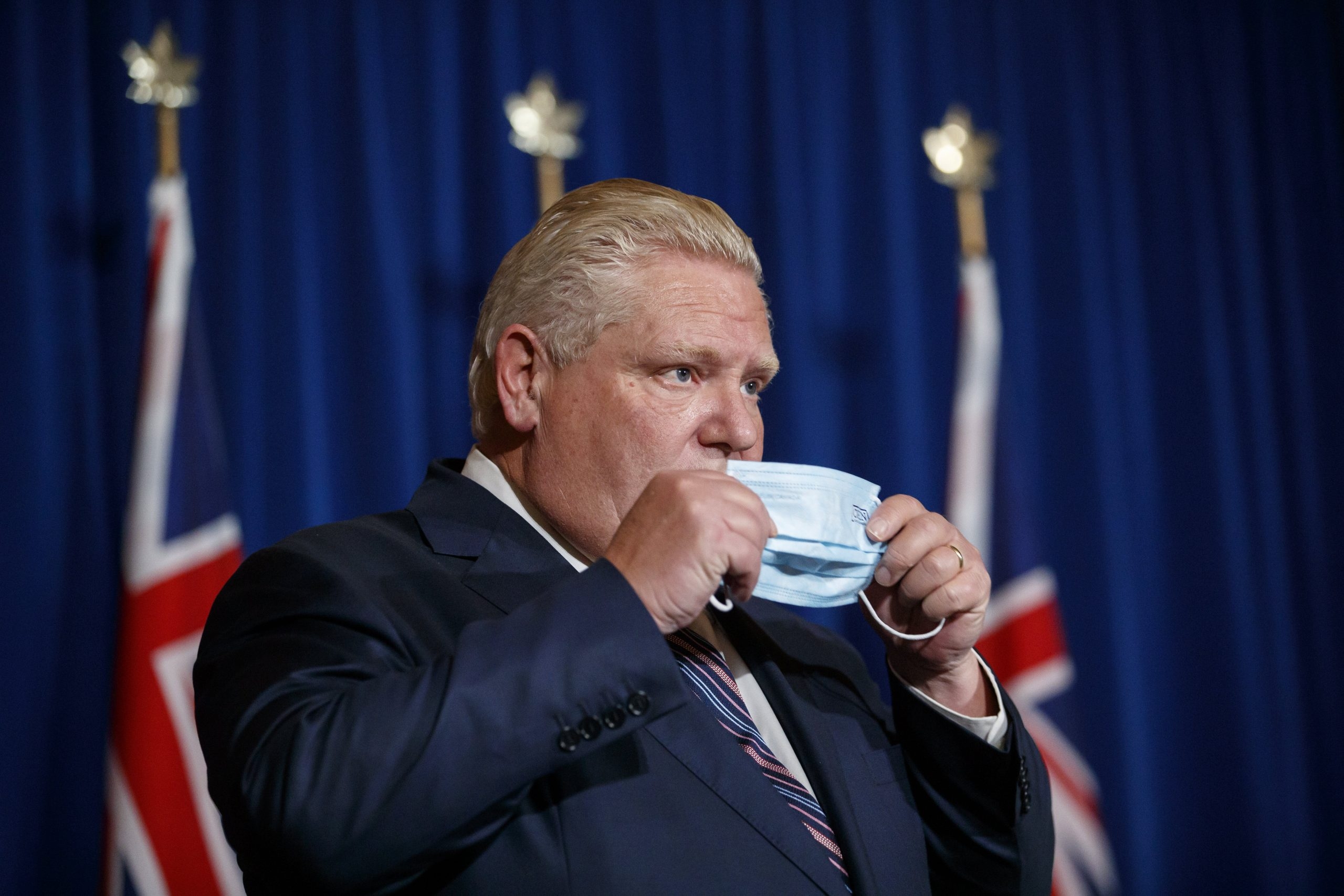 Despite announcing just last Thursday that schools would reopen on Wednesday, Jan. 5, the Ford cabinet met late Sunday to discuss new restrictions including school starting two to three weeks later. As of writing, it’s not clear where the final decision landed. An announcement is expected in the next day or so.

Speculation began to surface on New Year’s Day that the province would head back into lockdown with a return to measures similar to the Step 2 reopening the province experienced in the summer. Under those terms, indoor dining was banned, gyms were closed, non-essential retail was capped at 25% capacity and places of worship were restricted as well.

All of those measures were put before a cabinet meeting that was at times tense.

While Premier Doug Ford had said he would not rule anything out, including further lockdown measures, the province’s top doctor had repeatedly said he didn’t want the province going backward. Last Thursday, Dr. Kieran Moore held a news conference where he assured parents that schools would reopen on Wednesday, a two-day delay for some schools, so that additional measures could be put in place.

“Our children have sacrificed a lot in the past 20 months,” Moore said last Thursday in calling for schools to stay open.

By Sunday, closing schools was back on the table.

On this issue, as with more restrictions, the government faces a split inside cabinet as well as among both medical and political advisors. Those advocating for more restrictions were clearly winning with the province facing a third lockdown as case numbers climbed dramatically while intensive care unit admissions — a clearer indication of the strain on the health system — were growing at a much slower pace well within what officials have said is sustainable.

What may not be sustainable is the staffing shortage driven by COVID-19 cases. While Omicron is a milder form of COVID for most, it is highly transmissible and has already wreaked havoc elsewhere including the airline industry where as many as 3,000 flights were cancelled globally on New Year’s Eve due to staffing shortages.

Hospitals are now facing some of that same pressure as cases and admissions climb.

Local medical officers, including Ottawa’s Dr. Vera Etches, had let it be known that if the province did not institute stricter measures — including a ban on indoor and contact sports — that she would act on her own using powers granted to local officers through legislation. Other regional officers had already imposed stricter measures prior to Christmas.

Dan Kelly, president and CEO of the Canadian Federation of Independent Business, expressed dismay at the thought of another lockdown.

Thousands of small businesses won’t survive another round of lockdowns. Unlike March 2020, many are incredibly weakened after 2 years of painful restrictions. The average small firm has taken on $170K in COVID related debt. We cannot keep doing this.

“Thousands of small businesses won’t survive another round of lockdowns,” Kelly said on Twitter. “Unlike March 2020, many are incredibly weakened after 2 years of painful restrictions.”

He added that the average small business has taken on an additional $170,000 in debt due to COVID restrictions.

While the small business community, which has felt the most pain as a result of restrictions, worried about new measures, the CEO of the Ontario Hospital Association, Anthony Dale, said the government needs to act.

Frontline doctors at various hospitals have reached out to dispute the idea that restrictions are what is needed or will stop the spread of Omicron but those were not the voices the Ford government was listening to as they debated new measures.

On Sunday, the province reported 16,714 new cases, not a true measure of the number of cases now that testing has been restricted to those showing symptoms. The number of people in ICUs due to COVID-19 stood at 218 on Sunday.

LILLEY: Mandatory vaccinations an affront to Charter and Canadian ideals

Birchmount Collegiate student dead after being struck by car