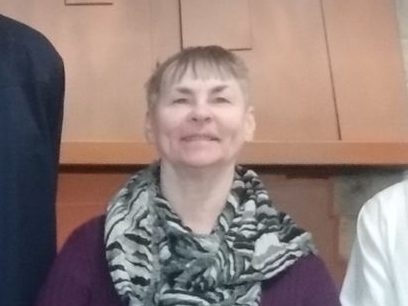 Let’s hear it for resilient nurses.

A 68-year retired nurse from Spokane Valley survived for five days after her car hit a patch of black ice, swerved off a section of a Washington state road known as Dead Man’s Corner, and ended up in a ravine on Nov. 18.

Lynnell McFarland told the Spokesman-Review both faith and her medical background helped her to survive.

“My dad just passed six months ago. I could feel their arms around me, and God’s arms around all of us,” she said to the Spokane newspaper. “I just said, ‘Dear God, I know I’m going to die someday, but please don’t let it be in this dark, deep ravine, where I’m never found.”

McFarland was returning from a memorial service for her aunt when her Mitsubishi left the road and became lodged between two trees, trapping her after she hit the dashboard.

She suffered arm and knee fractures but cut her seatbelt off, made a shelter from clothes and plastic, and drank water from melting snow.

“When I leaned back to cut my seatbelt is when I saw my bones,” McFarland told the newspaper.

McFarland and her daughter, Amanda, were actually together when their car broke down near Ellensburg, so after spending the night with a family friend, Amanda took a bus home the next day to care for her dogs.

McFarland waited for the car and a day after the crash a police officer came close to finding her but didn’t peer down into the ravine.

“He stopped, with his lights going, but he didn’t get out of the car and look,” McFarland told the newspaper.

She also saw some hunters who also couldn’t see her or hear her yelling for help.

KHQ reported the FBI eventually tracked her down at the remote location after some Department of Transportation workers found the car and went down to rescue her.

“It took three attempts in the ambulance to get an IV in because my veins were so flat,” McFarland told the Spokesman-Review.

When she arrived at the hospital in Wenatchee, McFarland downed three pitchers of ice water before having three surgeries.

“Finding me was a miracle,” she said. “I wouldn’t call it stubbornness. Determination.”

Cambodia limits US diplomat’s scrutiny of controversial base