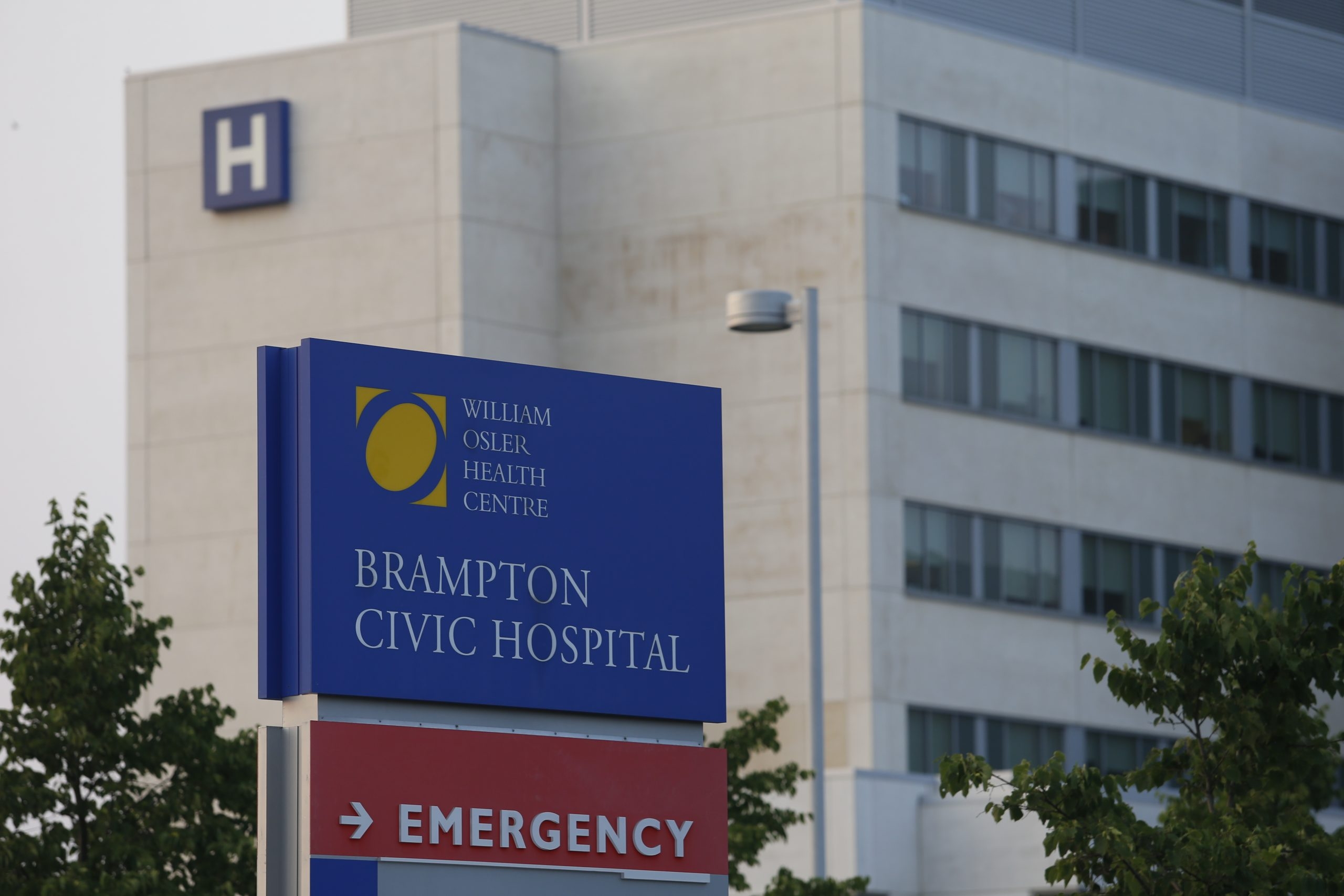 Hospitals in Brampton are not having their ICUs overwhelmed with COVID-19 patients as they were during past waves of the pandemic, according to Mayor Patrick Brown.

“The hospitalization is so low, the severe cases are so low, that is a positive trend,” Brown said Wednesday at his weekly COVID-19 update.

He pointed out “doom and gloom” in the media over the Omicron variant but said “there are reasons for cautious optimism” while noting case counts could be five times what is believed based on community spread.

“The emergency rooms are absolutely flooded with people with upper respiratory tract infections. but they’re not converting over to COVID pneumonia as we have seen in the past,” radiologist Dr. David Jacobs said.

He reiterated that at some points during the pandemic, Brampton hospitals had 25 people in the ICU, with some having to be shipped out because of the crush of critically ill patients.

That is not the case right now, according to Jacobs.

Further, it needs to be noted that over the past week, more than 50% of #COVID19 positive patients at @OslerHealth were admitted due to the virus or respiratory illness, while the remainder came to the hospital for other reasons but were also admitted with COVID-19. #covid19ON

“The occasional people who are getting very sick – and we can see it on their chest X-rays they have the usual COVID pneumonia – those people tend to be unvaccinated,” he said.

There were three people in ICU in the city Wednesday, down from four the day before.

“What we are seeing are very, very low numbers,” the radiologist explained. “We are moving in a nice steady pathway and we are not getting overwhelmed in the ICU.”

Both Brown and Jacobs said the biggest concern is staffing issues as front-line hospital workers themselves get infected with COVID-19.

Officials have a real worry about “significant strain on the hospital systems in terms of not having the physicians that are needed to tend to patients,” Brown said.

Jacobs added: “The pressure on the health-care system isn’t going to be a crush of patients — it’s going to be difficulty staffing.”

And with millions of parents across the province wondering if in-class learning will resume in January as scheduled, Brown was hopeful kids would be back in school.

“I think it’s important that we have kids in school. There’s been enough disruption of kids in the last 18 months,” he said. “My hope is the students in Peel Region will be able to return to school.”

One in custody, another critically hurt in Scarborough incident

Arrest made in alleged assault of woman at Lawrence Station

2 dead, 2 others injured in Chinatown shooting