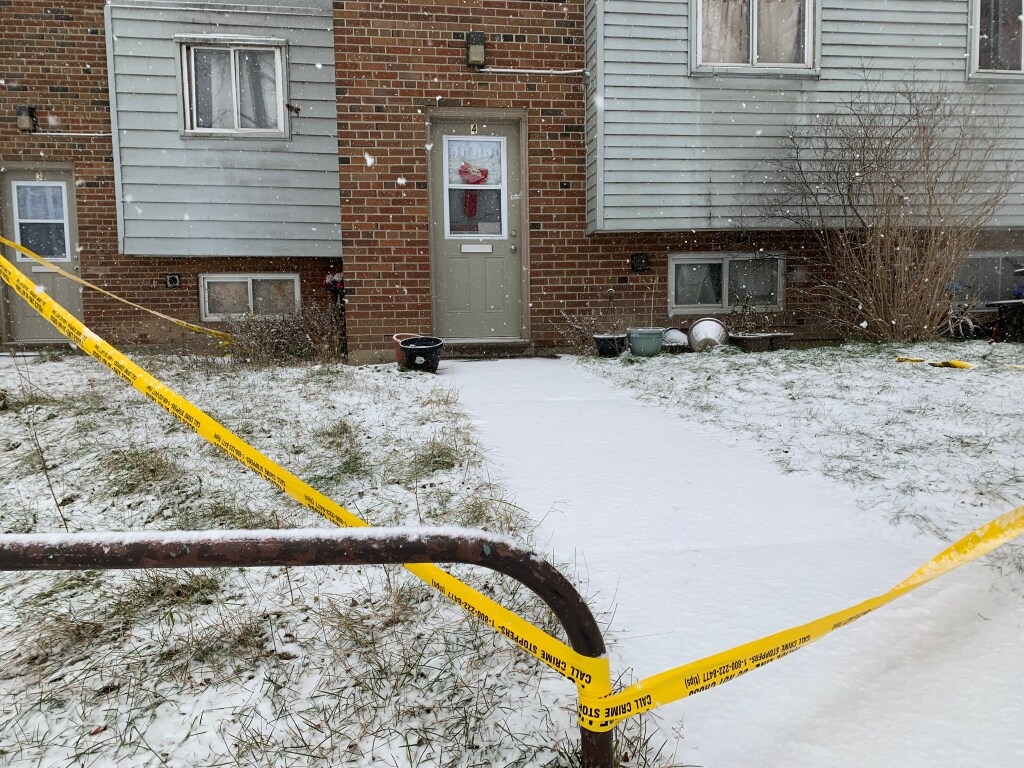 She thought her move six months ago would shield her from the violence.

“I moved from Jane and Finch to come down here,” said Roxie, a mother of two young boys.

“This is the closest I’ve ever been to someone being shot and killed.

“This is the closest I’ve ever been!”

Since June, Roxie lived in a townhouse complex near the intersection of Humber Blvd. and Alliance Ave.

Two days after Christmas, she’s standing in her doorway looking at the yellow police tape blowing in the wind marking off the unit where police say a man was shot and killed Sunday night.

“And I just moved here.”

Police said they got a call at about 7:45 p.m. Boxing Day for reports of a man who had been shot.

Officers found the man inside a townhouse unit .

It is all too close for comfort for Roxie, whose family had gathered to celebrate Christmas and hoped for some quiet time.

They said they did not hear much.

Most of her friends and family were in the basement and thought they heard her two young boys — the eldest is four — dragging something upstairs.

Just after 8 p.m. they first noticed a commotion and police presence outside after her four-year-old told her to look through the window because he could see the flashing police lights.

Roxie said it is too soon for her to move once again.

But it is definitely on her mind.

“I moved here in June and this happens.  My kids are small.  My four-year-old was telling me that he feels scared around here,” she said, worried about her boys.

“But what can I do? I don’t want to move so fast again because it is hard.”

Homicide is investigating and anyone with information is asked to contact police or reach out anonymously to Crime Stoppers  at 416-222-TIPS.

Ex-MP Adam Vaughan urges successor Vuong to step down, not sit as MP ‘under a cloud’

LACKIE: Proposed surtax on homes worth more than $1M ridiculous

20 years later: the resounding beginning and shameful end of the US’ Afghan war