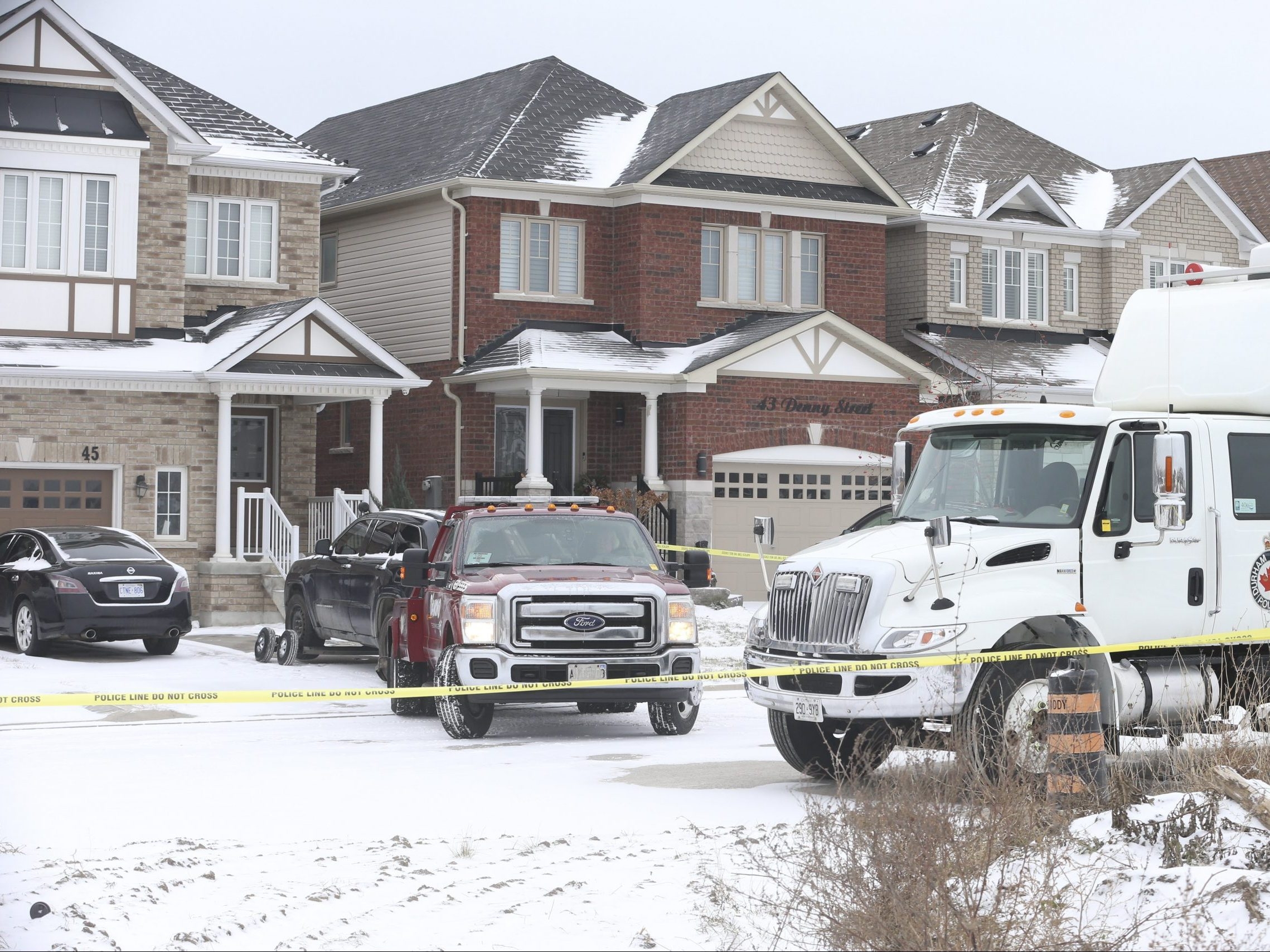 No suspects have been identified

A 27-year-old man was shot to death early Monday inside an Ajax home.

Durham Regional Police responded to a residence on Denny St., just south of Bayly St. E. off Audley Rd. S., after reports of a shooting at 2 a.m.

The victim, Franklin Owusu, of Ajax, was found dead inside the house.

Police would not confirm where he was originally shot only to say he was found inside the home.

Just before 1 p.m., a tow truck  removed a black Jeep SUV from the driveway.

There was no immediate word on suspects. Owusu is Durham’s ninth homicide of the year and the fifth homicide in the GTA since Thursday.

A 19-year-old Scarborough man, Mahishan Kugathasan, was fatally stabbed on Dec. 23 in Ajax following a house party in the area of Rossland Rd. W. and Ravenscroft Rd.

On Boxing Day around 7:45 p.m., Toronto Police found a man shot to death inside a townhouse in the Humber Blvd. and Alliance Ave. neighbourhood.

On Christmas Eve, Caiwan Cunningham, 20, was fatally shot in the area of Replin Rd. and Varna Dr. in Flemington Park.

The day before, Toronto Police responded to another shooting and found Jamie Hagley, 21, dead inside a townhouse at Grandravine Dr and Driftwood Ave. just after 9:30 p.m.