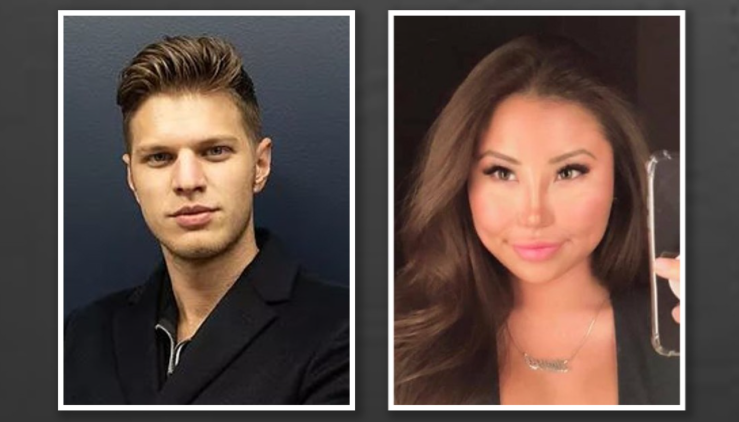 In Hamilton, murder skipped last January and then landed with a thud on Feb. 1, 2021.

The dead man’s name was Ethan MacCullouch and he was 35-years-old. Cops say he was stabbed to death at a downtown rooming house.

Within a week, detectives had arrested and charged Malcolm Washington, 22, of Hamilton with first-degree murder

Homicide Det. Sgt. Steve Bereziuk said MacCullouch and Washington were known to each other and at one time had resided in a rooming house that was above a karaoke bar packed with local colour.

“They’ve had previous run-ins at the bar downstairs and disputes in the past,” Bereziuk told reporters at the time, adding that Washington was “not welcome” at the rooming house.

Those first 31 days of 2021 proved to be an illusion for Hamilton homicide detectives. As of this writing, Steeltown has broken the previous homicide record set in 2020.

“We’re at 19 murders and that makes it another record-breaking year,” Bereziuk told me last week.

“We had been used to between 9 and 11 homicides a year and now that’s doubled. It’s hard on the investigators.”

The silver lining in this bloody cloud is that detectives have responded to the rise in murders with a stunning close rate of nearly 90%. Bereziuk said the homicide team got a break in 2021 in that COVID-19 kept them on the streets and out of court.

However, 2022 will see the number of investigators diluted because accused killers they busted in 2020 will be going on trial.

“Court places a lot of demands on detectives giving us a resource challenge,” he said, adding that in 2021 ranks were filled with a number of “young detective constables.”

Bereziuk said that a number of factors has caused the spike in homicides in The Hammer, including “unprecedented” gun violence and the availability of cheap weapons.

“We used to never see guns, now it seems like we seize a gun from routine traffic stops, day in and day out. That means more people are being shot but the murder rate would be higher if not for the hospitals doing amazing work saving people’s lives,” the veteran detective said.

Drugs and mental health issues are serving as Mr. Saturday Night Special’s co-stars. At least two of the homicides have been tied to the city’s homeless encampments which are linked to mental health.

Bereziuk added that like McDonald’s, street gangs are in expansion mode, no longer locked into one particular town or city. That’s resulted in more cooperation and joint investigations with the Toronto Police Service.

The problem with gangs, the detective said, is that unlike the mobsters of old most couldn’t hit the broad side of a barn with a gun.

“When they’re shooting, they’re just spraying … they are not afraid to pull the trigger on a busy street. That’s what’s scary, just a complete disregard for public safety,” he said.

It was Det. Sgt. Jim Callender who caught the Hammer’s highest profile homicide of the year generating headlines around the planet.

The Millennial Bonnie and Clyde (as tagged by me) had a kind of sex appeal that the senseless slaying of poor Ethan MacCullouch didn’t. Oliver Karafa and Yun (Lucy) Lu Li allegedly shot to death a man named Tyler Pratt and seriously injured his pregnant girlfriend in an industrial area of Stoney Creek on Feb 28.

Then, the selfie-loving twosome went on the run to Eastern Europe before being hunted down in July. They are charged with first-degree murder and attempted murder.

She waived extradition and is trying to get bail while he’s rotting in a Hungarian jail fighting the inevitable long flight back to Canada.

“Murders,” Bereziuk told me, “are very random. With some, there’s just no rhyme or reason to them. The problem is … this trend is increasing.”

And in the end, rich, poor, Black, white, good-looking or not so much, the victims are just as dead.

LILLEY: O’Toole gives response Trudeau should have on Cuban crackdown on protests

‘We need to be that change’: Kamloops First Nation reflects on truth, reconciliation