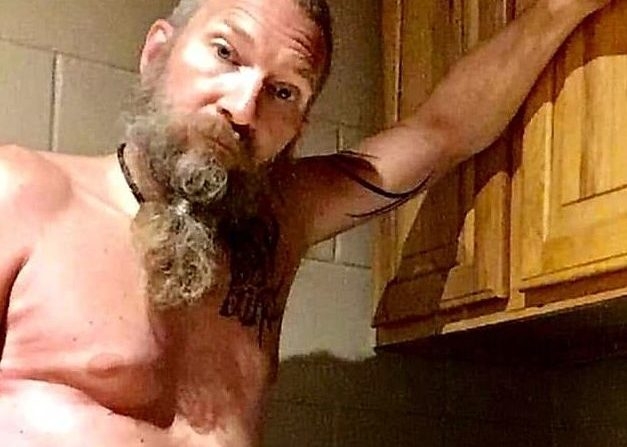 An accused cannibal who allegedly ate his victim’s testicles in a macabre Christmas Eve murder two years ago will finally return to court early in 2022.

Mark Latunski, of Bennington Township, Mich., reportedly confessed to the disturbing murder of hairstylist Kevin Bacon, 25, whom he met on the dating app Grindr.

The pair hooked up on Dec. 24, 2019 and Bacon was discovered hanging naked by his ankles from the ceiling of the accused’s home three days later. Court documents accessed by the Associated Press revealed that Bacon’s genitals were removed and eaten by the alleged killer.

“Evil does exist and it touched us,” Bacon’s dad, Karl Bacon, told AP in 2020. “It’s gut-wrenching to hear the details and we’re beside ourselves.”

The documents also said that Bacon knew about Latunski’s penchant for violent sex.

“What was released shows that Kevin had a dark side,” Karl told Fox Detroit in 2020. “He obviously got into something that he wasn’t prepared for.

“I’m going to remember him how everyone else remembers him: That he’s a good person who was passionate and cares for people.”

Latunski is slated to return to court Feb. 3. He has been deemed fit to stand trial.

He was arraigned Dec. 30 for murder and for disinterment and mutilation of a dead body.

Woman claims she was ‘groped’ in Meta’s virtual reality metaverse