A real Hallmark love story for the holiday season 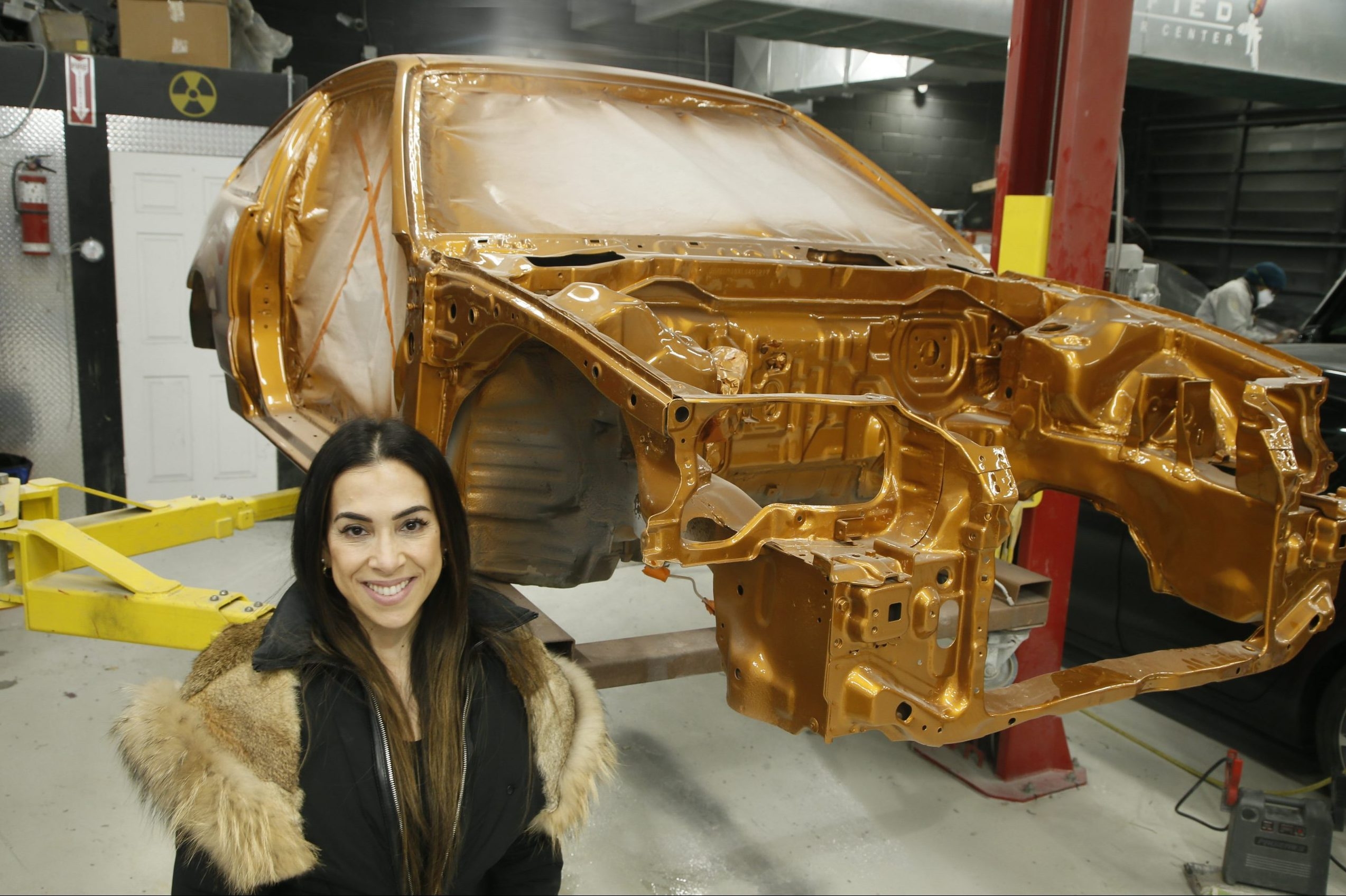 But it’s not. It’s real life. Yet, just like those movies that tug at one’s heartstrings. Pedatella, a mother of three beautiful daughters, has a story that is just as poignant, powerful, and has one yearning for that happily-ever-after ending.

Years ago, Pedatella was a beautiful young bride who married her handsome husband, Anthony in what one would describe as a true fairytale romance: They fell in love instantly while working together at an Etobicoke supermarket, married after graduating university, and went on to have a family, looking forward a long life together.

But it was not to be: Ten years ago, Anthony tragically died of liver cancer at only 36 years old. Marisa did everything in her power to give her husband a fighting chance, including flying him to Germany for experimental treatments.

It was not to be and Marisa, a lovely young woman with cascading dark hair and sparkling eyes, learned to navigate the challenges of being a young widow with three small daughters, and a busy corporate career with Hasbro toys.

The years might have eased the pain, but never the beloved memories of lost love and the what-ifs and if only’s of a life tragedy. Marisa says Anthony was a very family-oriented man. But he did have one particular passion: He was crazy for his Honda CR-X SI, painted a unique shade of “saffron orange.” Marisa recalls the two spending hours driving around, listening to the music cranked up – Counting Crows being Anthony’s favourite – and planning their lives together.

The car – considered vintage today – was purchased more than 20 years ago and Anthony sold it 10 years after that “for something more family-oriented,” said Marisa.

The car became a fond if somewhat painful memory for Marisa. Until earlier this year when Anthony’s cousin, Julia Riviglia, caught a flash of that unusual saffron colour on a car driving past her. The brief glimpse opened up a cache of profound memories – and an idea was born: Could they find Anthony’s car? Within a week – and thanks in part to social media and the rallying cry of “Let’s Bring Anthony’s Car Home!” – the vehicle was actually located in the backlot of a Vaughan-based Mobil 1 Lube Express, a different colour, covered in snow and missing most of its parts.

“It was like the car was waiting for us,” said Marisa, who, when she gently wiped the snow off the car’s back window and saw the same decals Anthony placed on it 20 years earlier, almost collapsed from the rush of emotions.

The shop’s owner, who had purchased the vehicle two years earlier, promptly handed over the keys to Marisa and, with a smile, said “for you.”

It turns out the vehicle had been on a series of adventures from when Anthony first sold it, having passed through various owners with some pouring thousands into it, while others plundering it for parts.

After the car’s story came out, everyone wanted to help out, including complete strangers, to bring it back to its original glory. Anthony’s old garage, where he worked, is going to be completing the job this spring. Another company, Toronto Auto Firm in the city’s west-end, reached out to Marisa via social media after reading about the car’s journey, and said: “what can we do to help?”

“I approached Marisa because her story was so profound,” said Sina Pourbagher, owner of the company. First order of business – tracing that elusive paint colour. After much digging, the company found it – and just recently repainted the car back to its former, glorious saffron shade. “The moment I saw the car being painted, I saw and felt Anthony. There was such a rush of emotions – I had such an amazing feeling of joy. It truly was Anthony coming back to us. We all felt it.”

There’s still a ways to go, added Melissa, but “we’re on the home stretch … Anthony’s dream is coming home.”

Marisa admits this whole experience has been overwhelming, yet finally giving her closure on a love cut short: “I have felt Anthony everywhere, in his favourite colours appearing spontaneously in the sky, to hordes of dragonflies visiting us in the park … it’s like he’s had a hand in making sure this has happened.

“Please understand I’m not living with a ghost, but…this whole experience has left me with such a profound sense of comfort.”

As for her happily ever after? Marisa smiles: “I’m now living my Chapter Two. Three years ago I met a wonderful man, and we’ve been together ever since.” Surprisingly, her partner, Pat Fiore, has the same interests as the late Anthony, including a love of cars. He was by her side when they both watched the car being painted.

“I know this sounds strange, but I do believe it was Anthony who brought Marisa and I together,” said Pat with a smile. “I told her that on our first date…we’ve been together ever since.”

Just like a Hallmark movie. Only in real life.