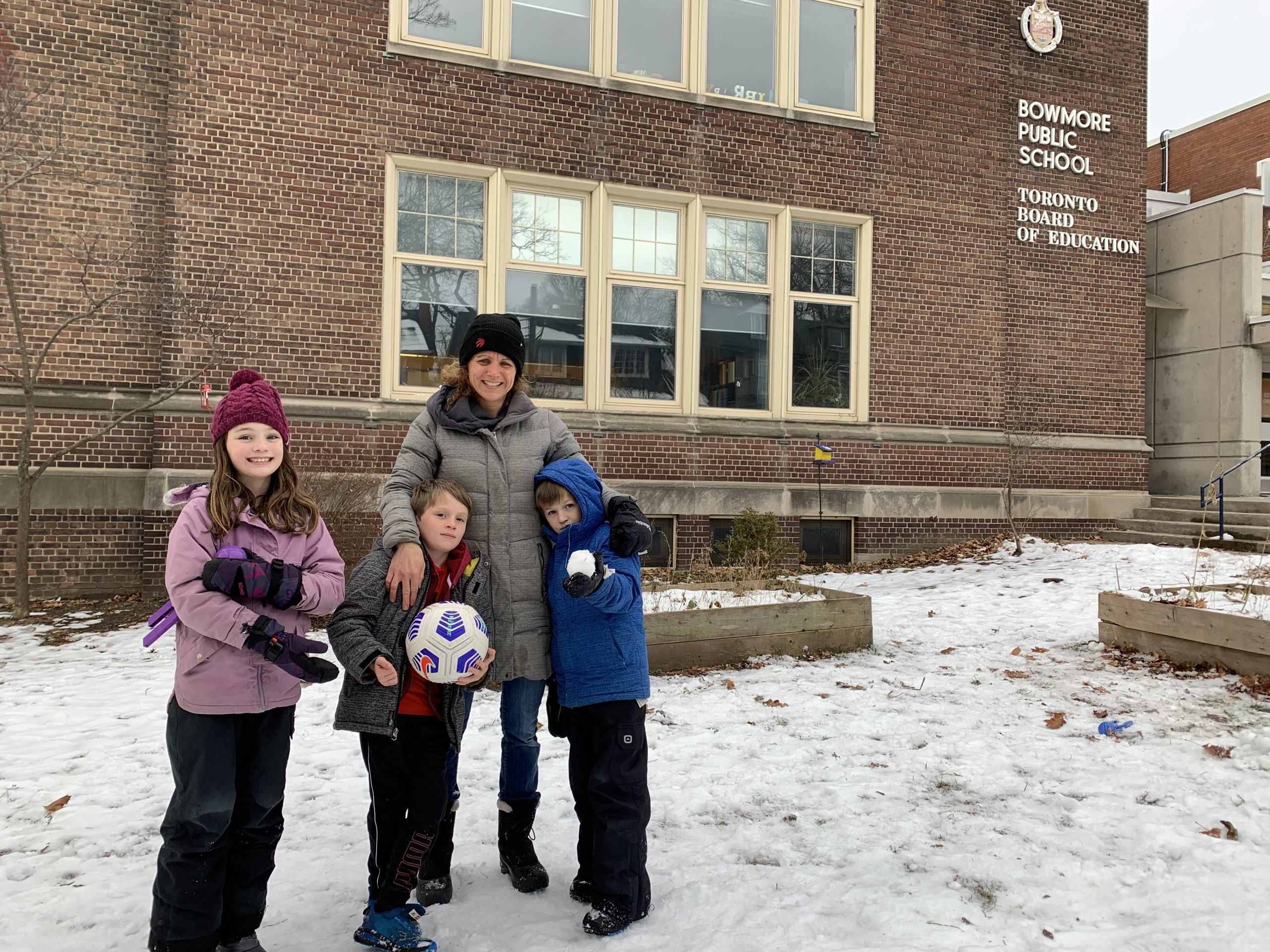 As she helped her children make snowballs outside Bowmore Public school, Shauna Ellis worried about the potential for classes moving online after the holidays.

“I’m worried. I’m worried because they are really behind,” said the high school teacher and mother of three.

With Quebec moving to close schools, there is fear among parents here that the same could happen, with devastating effects on their children.

“The effect it has on their social state, their mental state,” said Ellis, who teaches science in Ajax.

“They are two years behind in curriculum. It’s unbelievable. Because most students cannot self-teach.”

But many school boards have told parents to be ready for the possibility of online learning.

“We were told to prepare so I have my binders, data projector, I have all of that stuff in my house,” Ellis said.

Her daughter Sarah Heer has a clear preference.

“I want to go back to school,” she said.

“It is unconscionable to think of extending the school holiday or switching to virtual learning for any period of time in January,” part of the coalition’s letter stated.

A petition the coalition has organized has attracted almost 13,000 signatures.

“People are drained. They’re tapped out,” said Bronwen Alsop, founder of the coalition, who has two special needs children who rely on in-person learning to help them flourish.

“It is rocking us to the core on an emotional level,” she said of her fear of returning to remote education.

Her group has scheduled a rally for Queen’s Park in January to underscore its concerns about how students are being left behind.

“It’s devastating to me that after almost two years of doing this, as a parent advocating, that we still have not had this really sink in.”

Outside Bowmore Public School — which one parent said has nine COVID-19 cases right now — Ellis and her three children have visions of January potentially seeing a roll-back to remote learning.

“They were told to bring all of their stuff home just in case,” she said.

And she considers it a worst-case scenario.

LILLEY: Trudeau Liberals are petty in denying EI to unvaccinated

Superman’s son comes out as bisexual in new comic