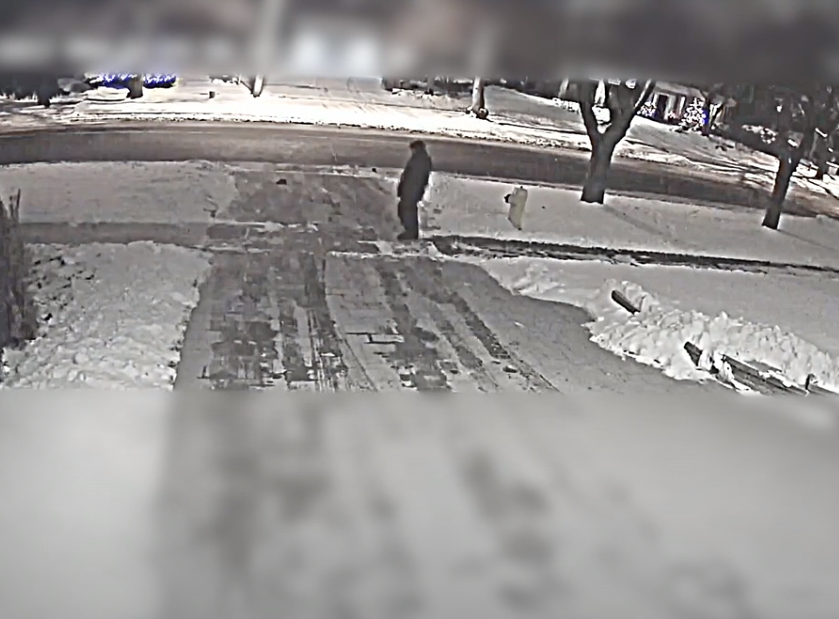 The good doctor — played by David Janssen in the 1960s TV show The Fugitive and later Harrison Ford in the movie — was relentlessly chased by cops who were certain he was the killer.

Eventually, in 1967, Kimble caught up with the mysterious amputee in one of the most-watched episodes of any TV series.

Last week, cops released a grainy video of a suspect in the unsolved murders of billionaire generic pharma king Barry Sherman, 75, and his philanthropist wife, Honey, 70.

The short loop of CCTV footage reveals a person walking down a snowy sidewalk about the time the couple was murdered on Dec. 13, 2017, in their upscale home in North York. A hat is pulled over his face and his collar is pulled.

The Shermans were found dead in their home by a real estate agent, and they had been strangled to death. Cops said there was no sign of a break-in.

But the one thing the suspected killer could not — and did not — hide was a distinctive gait or stride.

“We have been able to eliminate the vast majority of people captured on the video,” Price told reporters. “I would ask that you pay particular attention to the gait, or the stride or walk style that this person has on the video.”

Michael Arntfield, a University of Western Ontario criminology professor and cold case expert, told the Toronto Sun that homicide detectives could possibly be dealing with an amputee as the possible killer of the Shermans.

“I received a phone call from at least one physiotherapist. In their experience, the subject observed in the video is an experienced amputee,” Arntfield said, adding he doesn’t have the expertise to determine the veracity of the tip but wanted to make sure it was passed on to police.

“This would explain what I said when I indicated that given the efforts by the offender to otherwise conceal their identification, knowing full well there is CCTV in the area, he is not hiding how he walks.”

He added: “And the fact he has a distinct  stride or gait… it is either an intentional misdirect or something the offender would be unable to conceal.”

You can cover your face, wear a balaclava, add glasses or a beard. It is difficult to hide the fact you’ve had a leg amputated.

“It’s a reasonable explanation because there is a disconnect between that idiosyncratic trait and his efforts to conceal his identity,” Arntfield said. “It’s like having a tattoo on your face or a giveaway accent. You just can’t hide it.”

Toronto homicide chief Det.-Insp. Hank Idsinga isn’t dismissing the possibility his detectives are hunting an amputee. But he’s not endorsing it, either.

“We’re open to all possibilities,” Idsinga said. “Unfortunately (short of Harrison Ford tackling the suspect) we wouldn’t be able to be definitive from the video  alone.”

Still… the killer’s identity remains just one of the question marks in the investigation that has vexed detectives.

Yet, the biggest question looming over the probe remains: Why? What was the motive? Who benefited?

“It is our hope that someone will come with a name when they recognize the individual’s walk,” Price said, “the way in which they kick up their right foot with every step.”

Brief break from extreme heat, humidity before it returns for the weekend