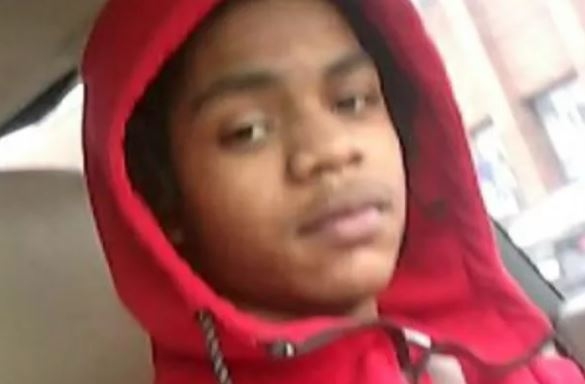 It wasn’t Jeremiah Ranger’s fault that the troubled kid was born and raised in the ‘hood.

It wasn’t Seymour Young’s fault that he was physically abused by his father and at 16, was kicked out of the house and forced to fend for himself — eventually selling marijuana to keep a roof over his head.

On a tragic evening in April 2020, their two lives violently collided, leaving Ranger dead and Young facing prison for manslaughter.

Jeremiah lived with his mom and four siblings in public housing in the Jane and Sheppard neighbourhood. Labelled a behavioural problem from an early age, he’d already amassed a police file 234 pages long by the age of 15 and had been bounced from so many schools that he’d stopped going altogether.

“A lot of people want to judge my little brother for his behaviour. I heard the people say, ‘Jeremiah was a bad person.’ I believe they thought, he deserved to die,” wrote his sister Kayla in her victim impact statement.

“But Jeremz,” she continued, using her nickname for him, “did not deserve to die. Jermz was just a kid that grew up in the ‘hood. Jermz didn’t ask to be born here and he did not ask to be influenced by the things he was influenced by.”

On April 26, 2020, he told his mom he’d be right back. Eight minutes later, she felt a sensation she’d never experienced before. And then a neighbour came pounding on her door.

The next time she was able to touch her son was as she dressed him at the funeral home.

“Jeremiah was shot with a gun and died on the pavement, next to a dumpster. He had lived 16 days past his 15th birthday. And not one more,” wrote Pastor Bill Sunberg in a letter filed with the court.

Young, 23, had pulled up in an SUV with his brother and girlfriend. After being laid off from his roofing job, court heard he’d turned to selling marijuana and used an Instagram account to arrange his sales.

Young rolled down the passenger window to complete the transaction. Instead, Jeremiah jumped into the back, told him he was being robbed and produced a gun.

It was just an imitation firearm but Young didn’t know that. He pulled his real gun and fired once — aiming low. As Jeremiah turned to flee, he was hit in the buttocks.

The shot severed an artery. The boy was pronounced dead at the scene.

In October, Young pleaded guilty to manslaughter and was in virtual court Wednesday for his sentencing hearing. The Crown said an eight-year prison term was necessary as a strong message to others involved with guns and drugs.

“Mr. Young decided to bring a loaded handgun to a drug deal and a 15-year-old is dead because of it. Yes, Jeremiah had a replica handgun. But that does not change the fact that, but for Mr. Young bringing his gun, nobody would have been shot that day.”

In her victim impact statement, Krystal Ranger said she’d tried so hard to get her son help while living in what people dismiss as “The Projects.” On the eve of her 37th birthday, she became what she never imagined — another mother grieving a child lost to gun violence.

“It is a cold-blooded killing,” she wrote, “and having a loved one taken at the hands of another, a total stranger for a nonsensical reason, it is unfathomable in the way that we separated.”

For his part, Young said he’s hoping his guilty plea will help her heal.

“I did not mean to kill Mr. Ranger,” he wrote in his affidavit, “and I am deeply sorry his life was cut short. Every day I regret what happened and I am particularly tormented by the thought that his mother must carry on without her son.”

The best obituary ever written? Judge for yourself

Canadians most excited about dining out: Survey