MANDEL: Stepmom loses appeal in Girl in the Suitcase murder 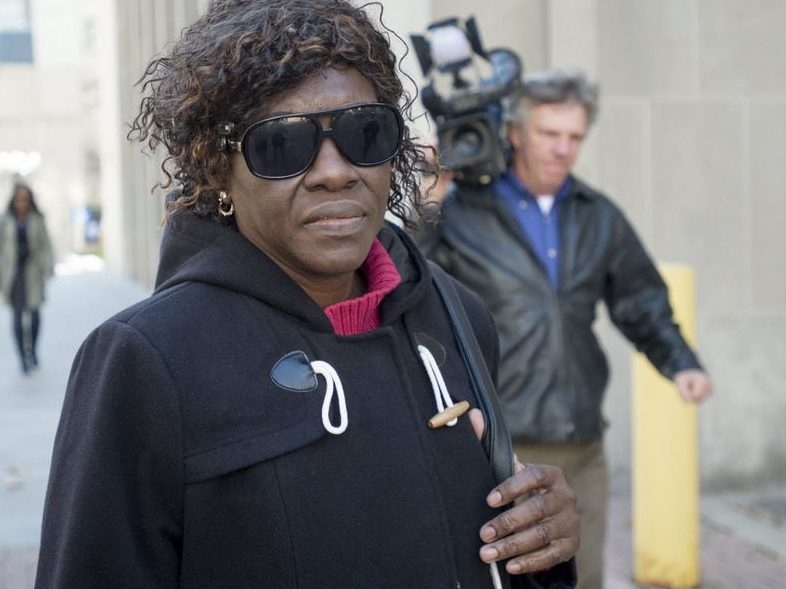 Almost exactly 30 years to the day she arrived in Canada with dreams of becoming a nurse, the Girl in the Suitcase has now seen justice done at last.

There will be no more appeals, no further attempts to evade justice for the killers of Melonie Biddersingh — the father and stepmother who were supposed to take care of her but instead subjected her to years of abuse, starvation and ultimately, death in a squalid and cramped apartment in Parkdale.

The evil duo, Elaine and Everton Biddersingh, told everyone 17-year-old Melonie had run away to New York — when really her emaciated and broken body had been stuffed in a suitcase, doused with gasoline, and set aflame, leaving her short life of horror and its brutal end unknown for almost two decades.

Melonie came to Canada with a suitcase and a dream. And she left this world in the same suitcase, known only as unidentified female, coroner file R21894.

It was her stepmother’s confession to her pastor in 2011 that eventually solved the cold case. Everton Biddersingh was ultimately convicted of first-degree murder in 2016 and lost his appeal last year. And now Ontario’s highest court has just refused to overturn the second-degree murder conviction of his wife, Elaine, as well.

The pair will remain in prison — though their confinement bears nothing like the torture they inflicted on the young girl who had been brought here from Jamaica on Jan. 25, 1991 at the age of 13 with her brother, Dwayne, and half-brother, Cleon.

Soon Elaine became obsessed with the belief that her husband’s Jamaican children were dirty, had germs, and were possessed by the devil.

During her 3 1/2 years in Toronto, Melonie slept on a piece of cardboard and was never allowed to leave the apartment, let alone go to school. Dwayne would die after a mysterious fall from their 22nd floor balcony and Cleon would eventually tell two juries how his enslaved sister was beaten daily, starved and, after an unsuccessful attempt to escape, handcuffed and chained to a wall unit.

“Melonie’s life inside the Biddersingh apartment can only be described as a living hell,” said Superior Court Justice Ian MacDonnell in sentencing Elaine to life without parole for 16 years.

Melonie stood 5-foot-5, but weighed just 55 pounds when she died. She had 21 healing fractures from blunt force trauma to her ribs, spine, pelvis, kneecap and ankle in the months and days before she was drowned. A small red pepper was found deep in her vagina.

Cleon testified that Elaine was “the mind” behind the beatings, and Everton was “the fist.”

Witnesses also told the court that it was Elaine who was in charge of the household. A jury, though, acquitted her of first-degree murder and found her guilty instead of second-degree.

On appeal, Elaine argued that she hadn’t received a fair trial: she’d been denied her request to be tried by judge alone due to the negative media coverage of Everton’s murder trial. She filed newspaper articles and even commissioned a public opinion poll, but MacDonnell still insisted she be judged by a jury.

“ In my view,” wrote Justice C. William Hourigan on behalf of the three-judge panel, “the trial judge properly considered the evidence and the general protections in place to ensure fair jury trials and reached a decision that was free from error.”

Among her other grounds for appeal, Elaine had also argued that her pre-arrest statements made to now-retired homicide Det.-Sgt. Steve Ryan should have been ruled inadmissible. The court found they didn’t affect her trial since they were only to be introduced if she testified — and she never did.

Her appeal denied, she will remain in prison until she is invariably released on parole — a fate which is far kinder than she deserves.

There was never any regret or remorse from this woman. When this piece of work finally told her pastor about the death of her stepdaughter 18 years later, she told him Melonie had been deprived of food and water and she “died like a dog.”

And she told him it was her idea to dispose of her body in a suitcase, and she went along to watch it burn.