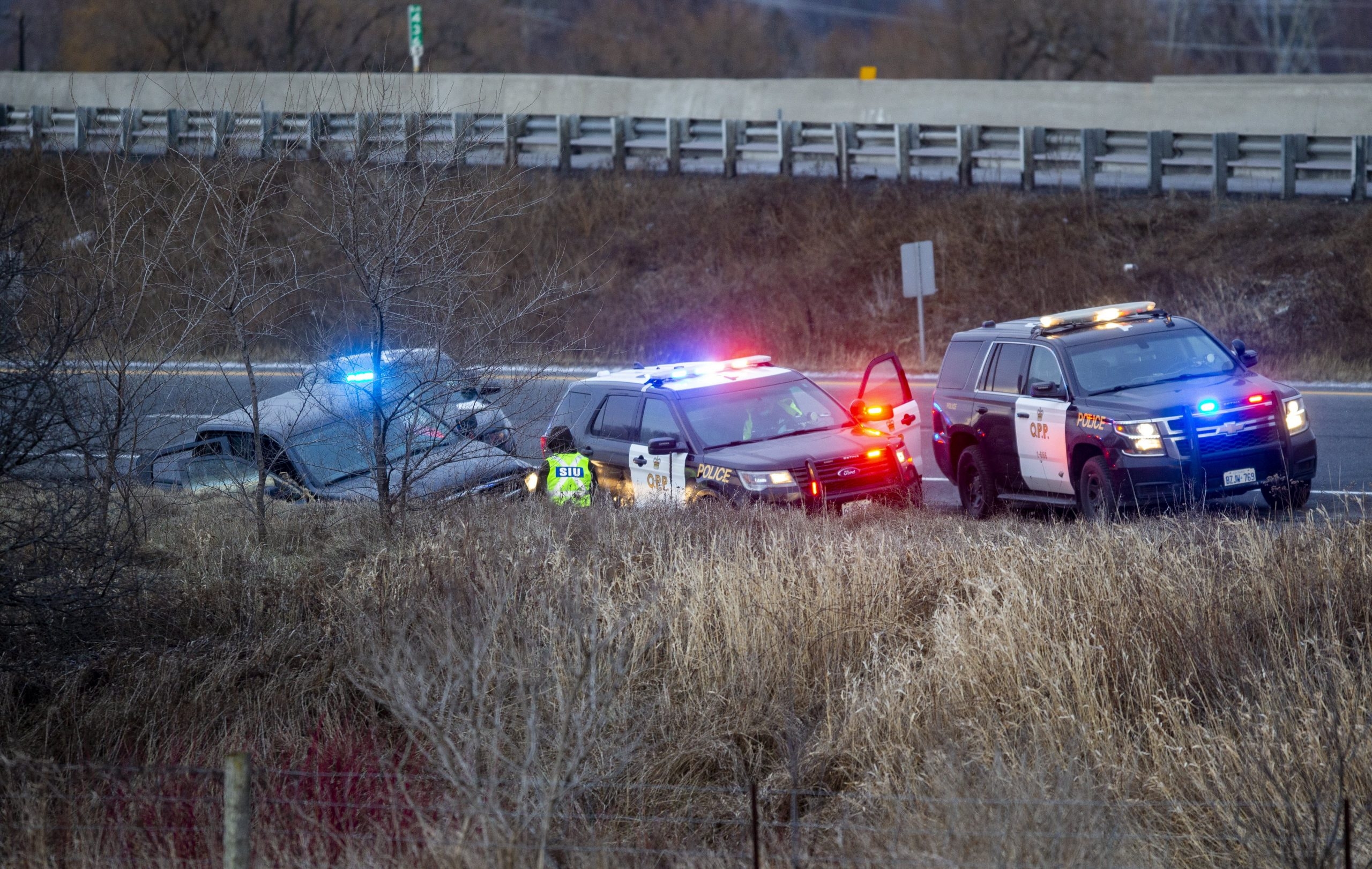 Ontario’s police watchdog is probing a crash on a 401 ramp, near Newcastle, on Sunday afternoon that left two people seriously injured.

The Special Investigations Unit (SIU) said the collision happened on Hwy. 115 and Hwy. 401 and involved a stolen pickup truck that hit a ditch.

According to the SIU, Port Hope police received a call about an aggressive driver.

Upon arrival, officers came upon a two-vehicle collision in Port Hope. One of the drivers fled and is believed to have carjacked a pickup truck.

The alleged carjacker forced the driver to operate the pickup truck, according to preliminary police information.

The OPP located the vehicle, initiated a pursuit, and with the help of Durham Regional Police officers, deployed a spike belt. The driver of the pickup truck hit the spike belt and entered the ditch at the Hwy. 115 southbound ramp to Hwy. 401.

Investigators say the alleged male carjacker was arrested and taken to hospital, while the 28-year-old male driver was hospitalized. A female passenger was uninjured.

The SIU investigates circumstances involving police that have resulted in a death or serious injury.

Family of slain entrepreneur offering $250,000 reward in search for killer

The West should abandon further geopolitical expansion to the East