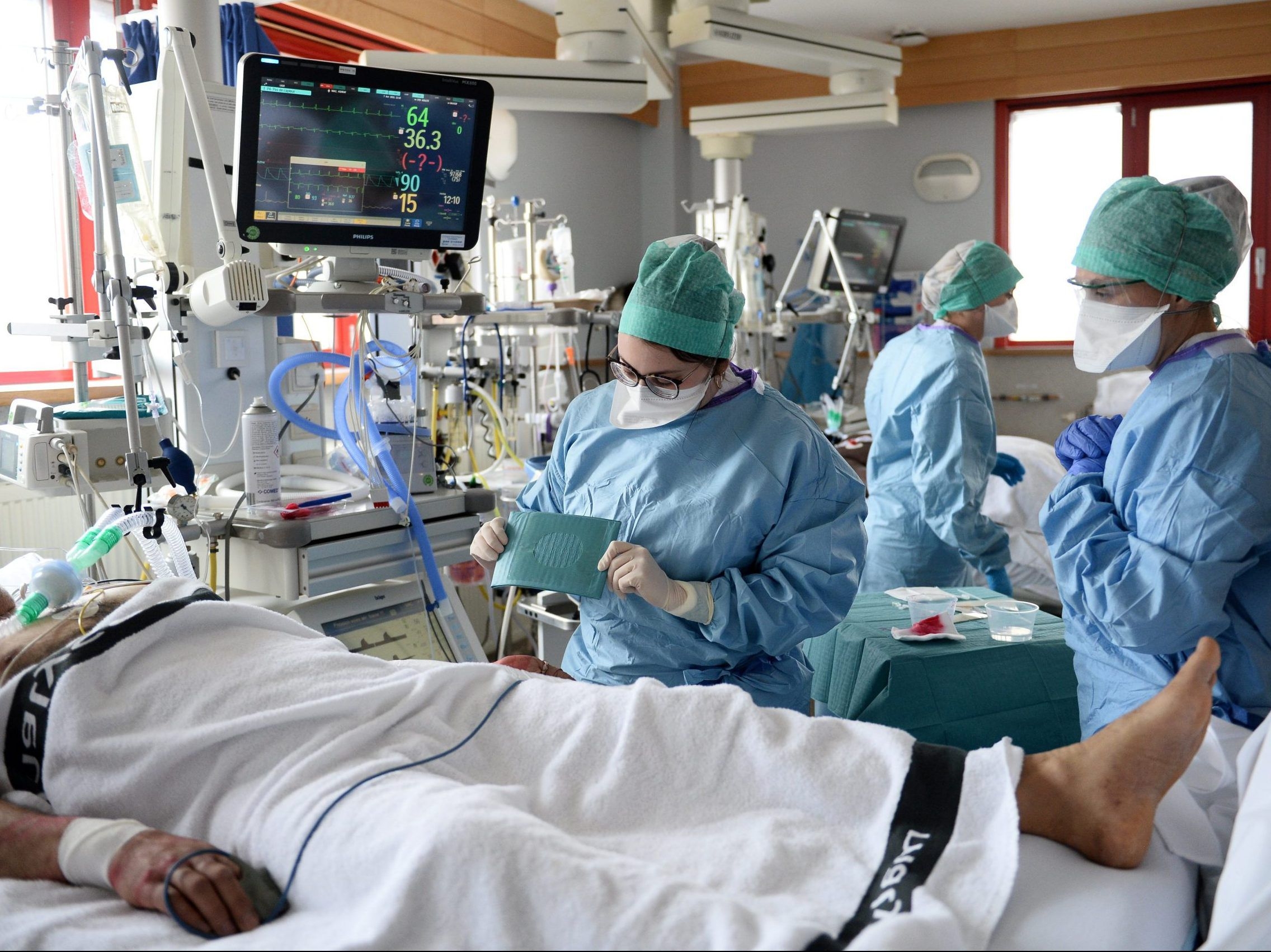 Ontario reported Sunday that there were 412 COVID-19 patients in intensive care units, a jump from 385 a day earlier.

Health Minister Christine Elliott said 2,419 patients were hospitalized due to the virus –down from the nearly 2,600 reported Saturday. Elliott noted that not all hospitals report their numbers on the weekends.

There were 20 new deaths linked to the virus.

The seven-day rolling average of COVID-19-related patients in Ontario’s ICUs stands at 322.

On Saturday, Federal Emergency Preparedness Minister Bill Blair said members of the Canadian Armed Forces had arrived in Bearskin Lake, a First Nation in northern Ontario gripped by an outbreak of COVID-19 that has seen more than half the population infected.

Blair said in a tweet that the soldiers are conducting an initial assessment.

The chief of Bearskin Lake said Friday that the remote community is “almost at a breaking point.”

Chief Lefty Kamenawatamin and other Indigenous leaders had asked ministers to send urgent aid, including staff to distribute essential supplies such as food, water, and wood for stoves to keep residents warm in freezing temperatures.

WARMINGTON: Some homeless prefer camping in city parks over sleeping in a luxury hotel suite

“Global Gateway” vs “One Belt, One Road”: The EU is doomed to defeat

TIFF 2021 | The Power of the Dog: Lonely wide open spaces