ODDS AND ENDS: Blown-up cars and other offbeat offerings 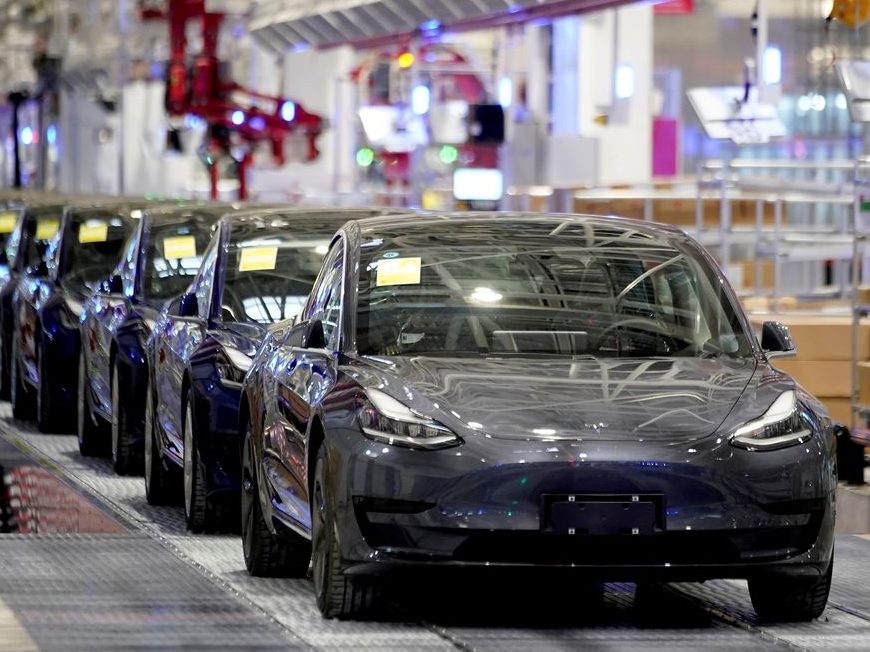 INSTEAD OF REPAIRING YOUR CAR, WHY NOT BLOW IT UP?

When the cost of repair is more than its worth, it makes sense to scrap your vehicle.

But why not take it one step further and blow it up instead?

A man did just that when the battery in his 2013 Tesla needed replacement. After taking his vehicle to mechanics to check why error codes showed up, Tuomas Katainen learned that the battery needed to be replaced, which would cost about $23,900, the New York Post reported — which is more than what the vehicle was worth.

Instead of replacing it, Katainen told mechanics he was going to pick it up. All with the intention of destroying it.

Teaming up with Finnish YouTuber Pommijatkat,  the 2013 Tesla met its untimely fate in a former quarry in Jaala, where it exploded thanks to 66 pounds of dynamite. The video garnered more than 4.9 million views.

Katainen stated there was a thrill of blowing up his former sedan, but wished there was “maybe more explosion.”

ATTACK OF THE GIANT CRAB!

It’s safe to say this golfer had a crabby experience on the greens.

An Australian golfer was greeted by an enormous crab who was slicing through his golf bag during a game at a golf course on Christmas Island.

In a video posted on Reddit last Sunday, the crab can be seen attached on the ends of the man’s golf clubs after appearing to have climbed up the bag.

According to News.com.au , Paul Buhner filmed the video and shared it on the social media site. The invasive crustacean was identified as a coconut crab.

In the video, Buhner noted he and some golfing buddies were returning from the sixth hole when he discovered the crab.

“And that’s why we call them a robber crab … And we have not put this here, this has climbed up here while we’ve been putting out,” he said. “He’s got a bloody good grip on it – look at that.”

Buhner told News.com.au that the video was originally filmed in October 2020, but was surprised to find it bouncing around on social media recently after his son sent it to a friend.

The video continues by showing the bag’s owner, Al, trying to pull a club out of it while trying to unsuccessfully shake off the crab. The animal then snapped off the end of one of the clubs with one of its pincers.

Something was definitely fishy in Texarkana, Texas.

Imagine driving through town and it started raining fish. Well, Texarkana experienced just that during a recent rainstorm.

According to a Facebook post by the City of Texarkana, fish did indeed fall from the sky, with many people sharing pictures of the strange phenomenon in the comments.

The post stated that “ animal rain is a phenomenon that occurs when small water animals like frogs, crabs, and small fish are swept up in waterspouts or drafts that occur on the surface of the earth.”

“They are then rained down at the same time as the rain,” the city noted.

“ Sooo … Sharknado ISN’T as ridiculous as I thought,” one wrote.

“ No need to “go fishing” here in East Texas. Just walk outside and pick them up in your yard,” another chimed.

“ There are probably a lot of happy stray cats,” another weighed in.

DID KIM JONG-IL INVENT THE BURRITO?

According to the country it is and was invented by leader Kim Jong-Un’s father, Kim-Jong-il in 2011.

The U.K. Sun reported North Korea’s propaganda organization claimed the late dictator invented the burrito shortly before his death via heart attack. The country believes that Jong-Il invented two dishes, one called “double bread with meat” which somewhat looks like a hamburger, and another called “wheat wraps” which resembled burritos.

State television news footage shows North Korean citizens eating countless burritos at a stand outside the Kumsong Food Factory in Pyongyang, the Sun reported. Video also showed a mural of Jong-Il all smiles in a kitchen where burritos were being made.

While the North Korean propaganda shows an abundance of street food, those who left the country say dishes such as burritos are virtually non-existent because a majority of citizens don’t have the funds to buy foreign food.

The U.K. Sun reported there are differences between a traditional western burrito and its North Korean counterpart, which features doner meat, cabbage and carrot.

The Taliban is eager for international recognition