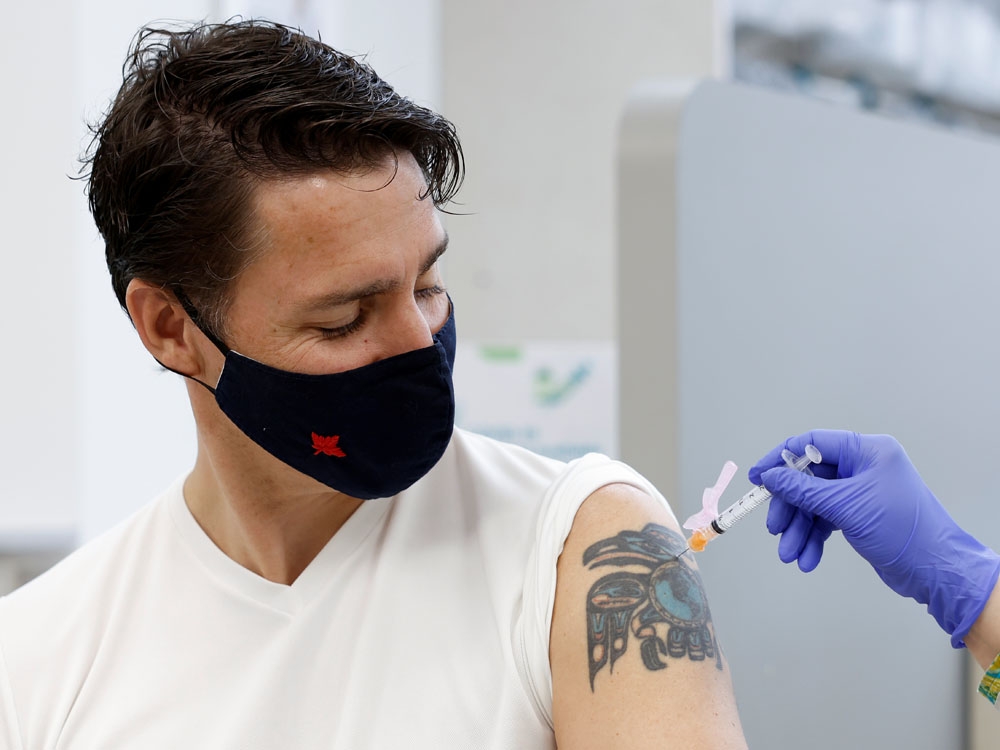 In May 2021, Prime Minister Justin Trudeau made the definitive statement on why Canada did not have mandatory vaccination laws and why he opposed them.

It’s a position he is now undermining with his indiscriminate political rhetoric linking the unvaccinated to racists and misogynists.

On May 9, 2021, on the Brandon Gonez Show, a weekly online political talk show on YouTube, Trudeau said:

At that time, Trudeau also opposed vaccine passports, saying they would be divisive, a position he has since reversed himself on in polls showing growing public anger aimed at the unvaccinated and calls for harsher measures.

The Canadian Civil Liberties Association explained in December 2020 why Trudeau’s original position was the right one and why he and his health minister are now wrong.

“We have already seen the damaging stigma that has attached to people who have tested positive for COVID,” the CCLA said.

“The pandemic has highlighted the haves and the have-nots in too many ways. Those most at risk end up being those most likely to face real challenges in implementing the recommended public health measures. The historically disenfranchised also tend to suffer the consequences of institutional commandments or just plain bullying by the powerful. We should be searching neither for ways to divide us, nor increased fear mongering. We could instead drill down on how best to achieve public health goals while also respecting personal freedom and choice.”

Far from the unvaccinated being racists and misogynists, Statistics Canada reported in April 2021 that groups most likely to be vaccine resistant included Blacks, Metis, Latinos and Arabs — all with valid historical reasons to be wary of authoritarian initiatives by governments.

A survey of 30,000 Canadians on their attitudes toward vaccination conducted by pollster Bruce Anderson of Abacus Data last summer concluded the typical vaccine-resistant individual is a 42-year-old Ontario woman who votes Liberal.

“The hesitant are not conspiracy theorists,” Anderson wrote in Maclean’s.

“They aren’t angry at the world. They don’t think COVID-19 is a hoax. They aren’t radicals of the left or the right — 61% of them say they are on the centre of the spectrum. Two-thirds have post-secondary education.

The key reason the hesitant are reluctant to be vaccinated, Anderson wrote, is that “they don’t have a lot of trust in government. They also try to avoid prescriptions, dislike putting anything unnatural in their bodies and 83% say they are reluctant to take any vaccines. Most worry that COVID-19 vaccines haven’t really been tested for a long time.”

Anderson identified a group equal in size to the vaccine hesitant he called vaccine refusers — with each group representing about 2.1 million Canadians at the time — who were more militant in their opposition to vaccines.

In Canada, it is the provinces, not the federal government, that would implement society-wide mandatory vaccination policies, so what Trudeau, his health minister and his government are really doing is tossing a stick of dynamite at them under the guise of taking action against Omicron.

Canadians are already among the most vaccinated and vaccine-boosted people in the world.

As of Friday, 87.6% of eligible Canadians had received at least one dose of a COVID vaccine and 81.1% are fully vaccinated. No country is going to achieve a 100% vaccination rate.

The main reason why large parts of the country, including Ontario and Quebec, are repeatedly being put into severe lockdowns compared to other comparable, developed countries is due to the chronic lack of surge capacity in our hospitals, due to a combination of decades or provincial and federal government underfunding and administrative incompetence.

A prime minister dividing Canadians against each other by targeting the unvaccinated — a group that includes children under five years of age who cannot be vaccinated — is not the leader Canada needs.

KINSELLA: Breaking down the wins and losses in the first leaders’ debate

The Latest: Sri Lanka reopens many places after 2 months