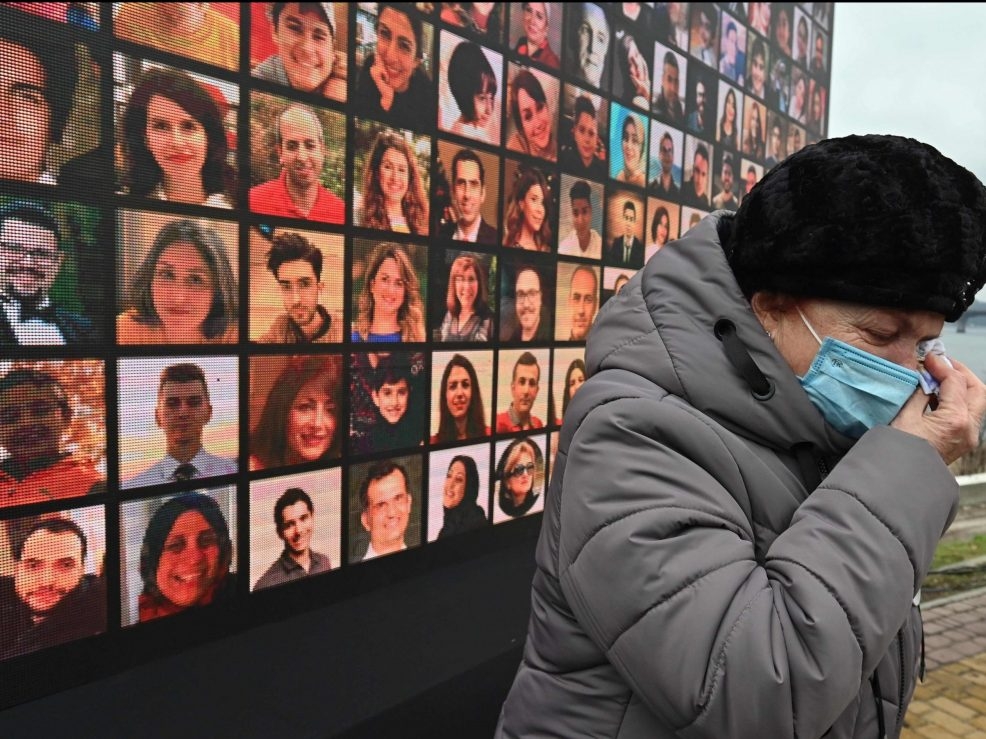 Hamed Esmaeilion says the last two years of his life have been “filled with emptiness and loneliness.”

The Aurora, Ont., dentist lost both his 42-year-old wife Parisa Eghbalian (also a dentist) and nine-year-old daughter Reera two years ago Saturday when their Ukraine International Airlines Flight PS752 was shot down by Iranian armed forces on Jan. 8, 2020, killing all 176 aboard.

More than 100 of the people on the downed passenger jet had ties to Canada.

“The most important thing for the families, besides the grief and loss that they experienced, I think is the fight for the truth and for the justice,” said Esmaeilion, the spokesperson for the Association of the Families of Flight PS752 Victims.

“And it has been very challenging for us so far. The last two years we had three different foreign ministers in Canada. We are seeing all the officials in the Ukraine, they have been moved from their positions. Now, after two years, the only thing we have is a commitment of the government that they’re going to take it to an international forum but we don’t know how they’re going to do it. It’s really frustrating and painful.”

The association was staging the second annual ceremony to commemorate the loss of those loved ones on PS752 on Saturday afternoon virtually with appearances by Prime Minister Justin Trudeau, Ontario Premier Doug Ford and Toronto Mayor John Tory.

It was to be followed by a candelight vigil at Mel Lastman Square in North York.

“I promise you we will always continue fighting for the accountability, transparency and justice you deserve,” said Trudeau during the virtual event.

“Flight PS752 was shot down because of recklessness and complete disregard for human life of Iranian officials. We cannot allow that to stand. Now that Iran has failed to meet the deadline for negotiations we’ll be vigorously continuing with other international mechanisms.”

For his part, Esmaeilion made a series of demands during his virtual address including the Canadian RCMP launching a criminal case against those responsible in Iran.

“Despite all of our reports day and night for the past two years, the RCMP refuses to open a criminal case,” he said.

“The Islamic Republic of Iran bullies Canada and refused to recognize it as a legitimate claimant, let alone come to the negotiation table in good faith and with truth as their currency.”

Trudeau, also sent out a message of support beforehand on Twitter, but Esmaeilion said it’s not enough.

An Ontario court earlier this week awarded $107 million, plus interest, to the families of six people who died on the plane, but Esmaeilion says there are other priorities.

“The majority of (the families) have said no to compensation before truth and before justice,” he said. “This is our position. The association position is no compensation, no shallow apology. We don’t respect any of that before the truth is out.”

Iran snubbed another deadline earlier this week set by Canada and its allies to negotiate a settlement for the families.

– with files from CP

Britney Spears’ father to step down from conservatorship