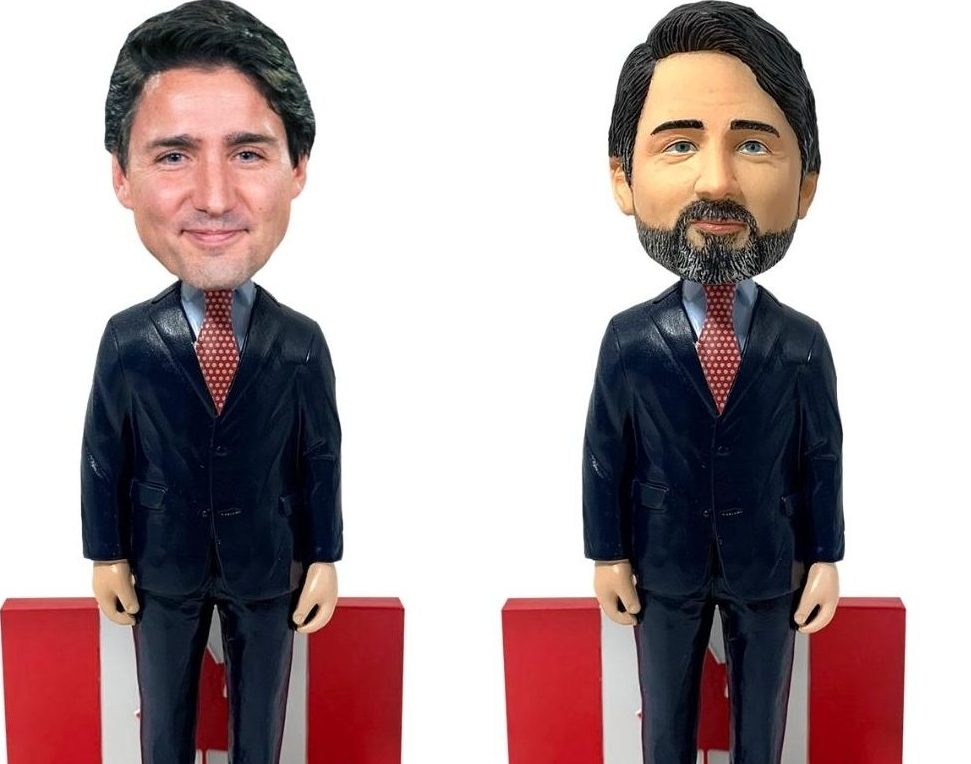 Who will buy a Justin Trudeau bobblehead? Friends or foes?

Maybe both. Trudeau fan boys and girls will no doubt give the Canadian prime minister pride of place right next to their pronouns.

As for his antagonists, the Trudeau Bobblehead could be for ironic purposes, a target of scorn or a melting plastic party trick.

Either way, the National Bobblehead Hall of Fame and Museum has unveiled two limited edition bobbleheads of Trudeau.

One version features a bearded Trudeau while the other is a clean-shaven PM — the one his dad’s voters fell in love with. In both, he’s dressed in a dark suit and red tie.

The PMJT bobbleheads are being released on National Bobblehead Day.

According to Phil Sklar, the bobbleheads are currently in production and are expected to be shipped in May. The price: US$25 each or $45 for the pair, along with an $8 shipping charge in the U.S. with varying prices for Canada .

It isn’t known if the bobbleheads come armed with pronouns and apologies. Virtue signals are extra.

“We are excited to release these new bobbleheads of Canadian Prime Minister Justin Trudeau,” said Sklar, National Bobblehead Hall of Fame and Museum co-founder and CEO. “We have continued to receive many requests for a bobblehead of Justin coming from both Canada and the United States and we think people will enjoy these.”