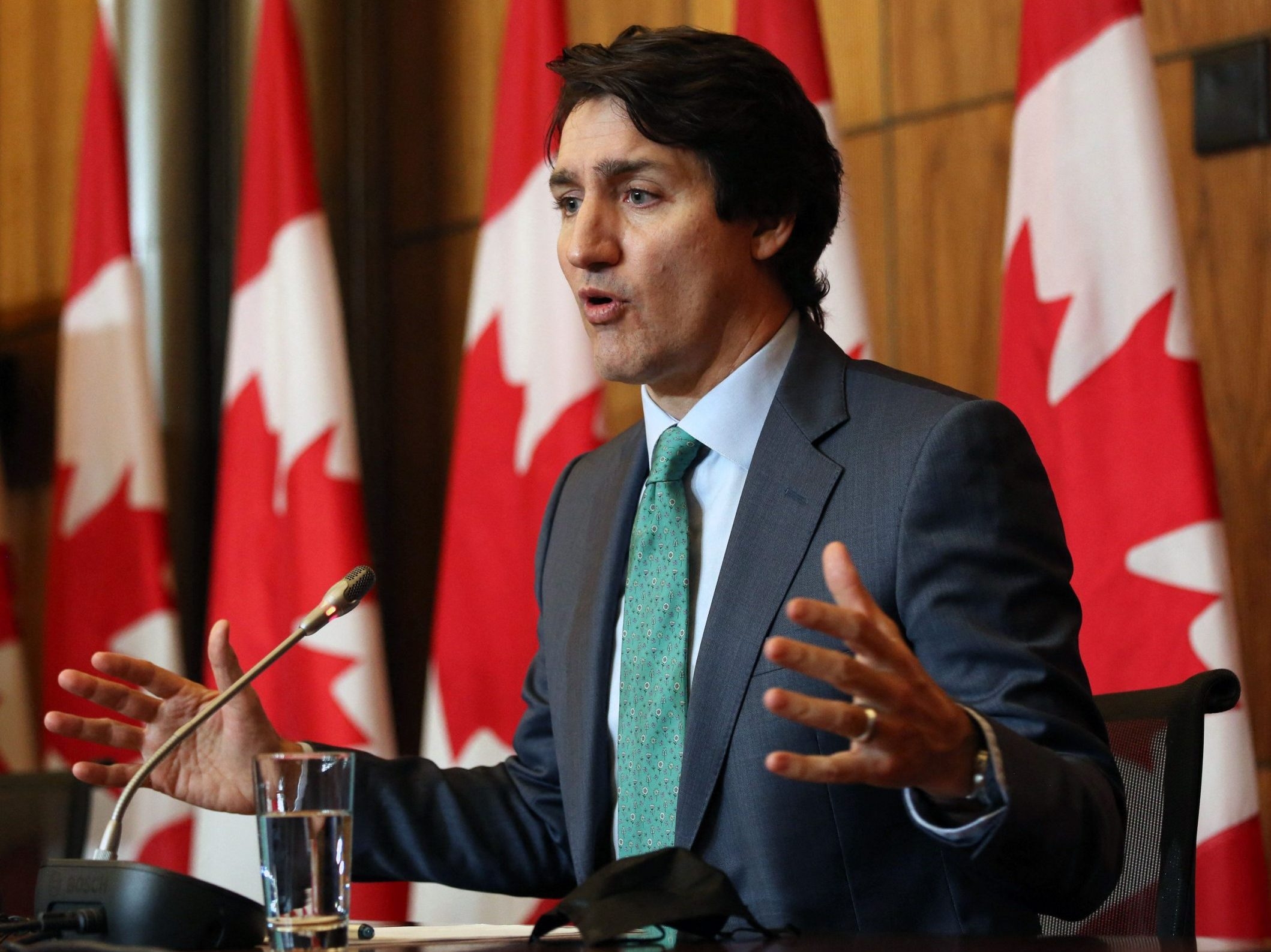 It’s not just that Prime Minister Justin Trudeau talked about a group of fellow Canadians with such gross malevolence that was shocking.

He’s done this before and makes no secret of his disdain for the unvaccinated.

What was equally as shocking is opposition leaders didn’t call him out on it. This should scare those in this unfairly outcast group who feel they are being phased out as employees, citizens and people free to go into public places.

Now they are being scapegoated.

“When people are seeing cancer treatments and elective surgeries put off because beds are filled with people who chose not to get vaccinated, they’re frustrated,” said Trudeau. “When people see that we are in lockdowns or serious public health restrictions right now because of the risk posed to all of us by unvaccinated people, people get angry.”

You add those divisive comments to a clip from September that surfaced over the holidays in which Trudeau in French smeared the unvaccinated and it’s no wonder they fear how bad things could get for them.

“They are extremists who don’t believe in science, they’re often misogynists, also often racists,” said Trudeau. “It’s a small group that muscles in, and we have to make a choice in terms of leaders, in terms of the country. Do we tolerate these people?”

He has to tolerate them. All people are equal. There is no law that requires anyone to be forced to take a medical treatment. There are hate speech laws to protect marginalized Canadians.

Trudeau has led a segregationist movement on the unvaccinated by making true an election promise to keep them from riding with the vaccinated on “planes” and “trains.” The notion that the unvaccinated are responsible for increased spread of the Omicron variant has not been scientifically proven.

Trudeau’s frustration comes at a time when the vaccines he’s pushed so hard are not achieving the results that were promised. They are not stopping COVID-19 spread or bringing life back to normal. There is nothing normal about any leader talking about fellow citizens this way.

History has frowned upon eras when the majority gangs up on a minority. Whether it’s wearing blackface or firing female colleagues in cabinet or various scandals involving business and charity, Trudeau skates on most things and, likely, will on this as well.

Just as wrong is the elected opposition giving him a pass. For some reason, Conservatives Leader Erin O’Toole and NDP Leader Jagmeet Singh have been silent. Only Conservative MP for Haldimand Norfolk Leslyn Lewis challenged Trudeau in his recent creepy messaging on the unvaccinated.

It seems that the PM’s motto, “diversity is our strength” only applies to those who are diverse in the ways he supports. Instead of his hateful and divisive language toward fellow Canadians, he should treat others with dignity and respect and work to heal and unite our country. https://t.co/qe8boeyTtI

“It seems that the PM’s motto, ‘diversity is our strength’ only applies to those who are diverse in the ways he supports,” Lewis tweeted. “Instead of his hateful and divisive language toward fellow Canadians, he should treat others with dignity and respect and work to heal and unite our country.”

The prime minister has a long way to heal the rifts that the unvaccinated feel he has introduced into the Canadian narrative. The only way Trudeau will walk back his concerning comments is if opposition leaders hold him accountable.

Their silence is as alarming as Trudeau’s disturbing tirades.

50 years after his death, fans honor Jim Morrison in Paris

Vancouver driver crushed by his car in McDonald’s drive-thru

Fear permeates neighbourhood as two are killed in recent shootings