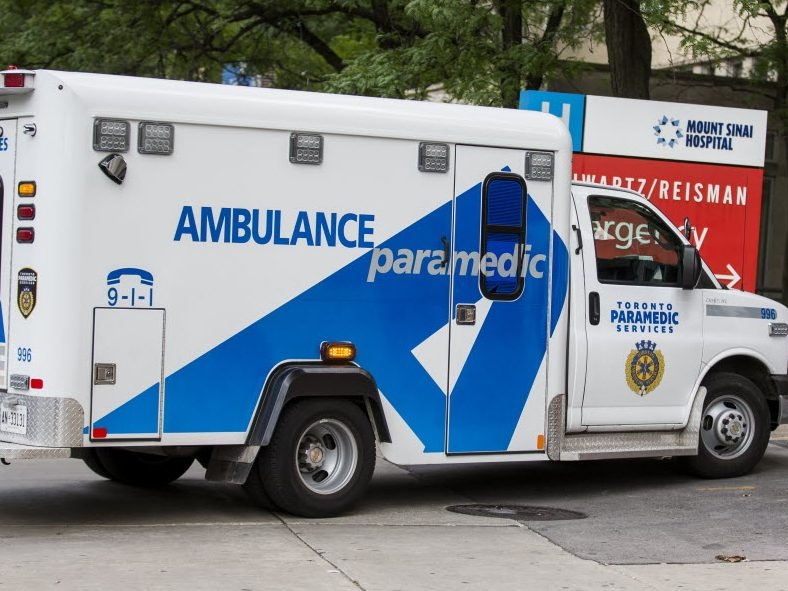 Teetering on the brink of collapse.

That’s the worry of many Toronto front-line paramedics as staffing shortages stretch the city’s urgent healthcare system to the breaking point.

“Morale is so low, just like nurses,” one paramedic told the Sun.

“Our crews are getting pulled out of hospitals to do calls with barely any time to get paperwork done.

“Or eat, unless we’re eating while doing paperwork.”

COVID-infected crews and staff forced out of work by vaccine mandates have reduced the number of ambulances on city streets by nearly half many shifts, the Sun was told — with those still on the road left to make do.

Paramedics who spoke to the Sun describe feeling “hopeless” — a feeling shared on the streets and in emergency rooms.

Toronto’s increasing gun violence means an increased demand in ALS (Advanced Life Support) paramedics — which they tell the Sun is in short supply.

“You have these advanced crews driving 25, 30 km. to get to a cardiac arrest,” one paramedic said, adding it’s become routine to have just a handful — or even sometimes zero — ALS crews per shift.

These shortages also mean lower-priority calls may never see an ambulance — and despite supervisors begging staff to take overtime calls, there haven’t been many takers.

Neighbouring services in Peel, York, and Durham are also being asked to cover off Toronto calls, but they’re busy enough.

This is leading to crews burning out at a record pace, either joining EMS services in less-busy cities, transferring to the fire department or leaving the profession altogether.

A statement from the City of Toronto said residents who call 911 can be assured help will still arrive.

“Given there are absences due to illness or the need to isolate after possible exposure to COVID-19, emergency services are prioritizing calls and proactively deploying resources, as they do every day of the year,” the statement read.

“Response times, particularly for low-priority calls, may increase from pre-pandemic levels, however, each of the City’s emergency services are proactively deploying resources to deal with absences and ensure the City remains safe.”

While Toronto Fire are routinely dispatched to medical calls, that mandate is being expanded.

“TFS will respond to low priority paramedic calls and will attend a scene first where there is no indication of an injury or patient requiring transport,” the statement read.

“If there is a patient requiring the advanced care of a paramedic or transport to hospital, paramedics will be called.”

Most Canadians back vax passports, mandatory shots for some workers: Poll

Taxi driver gunned down in Oshawa