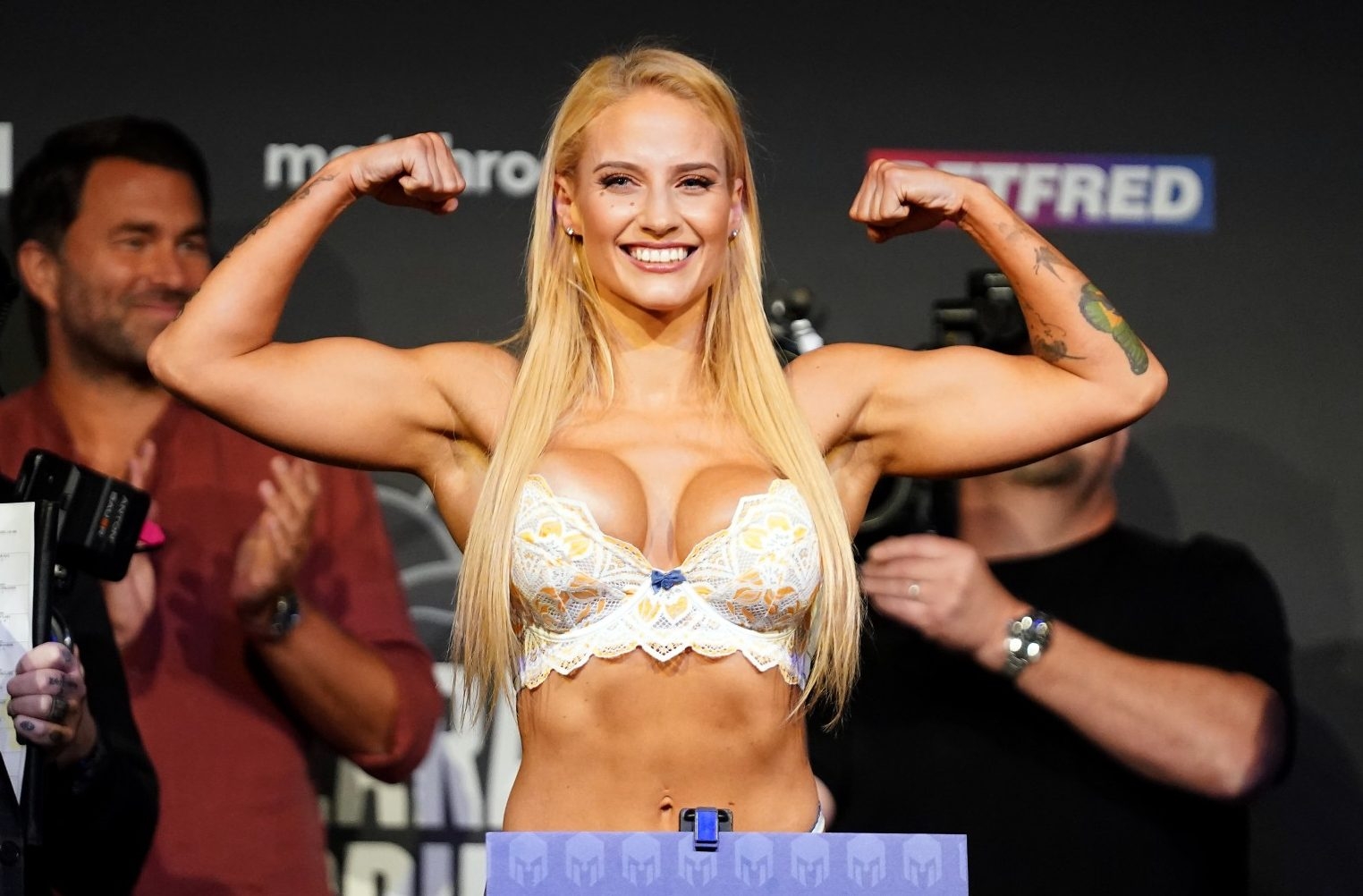 Aussie boxer Ebanie Bridges — who fights under the moniker the “Blonde Bomber” — is fighting mad at Instagram after the platform removed a sexy snapshot of the slugger.

Making matters worse for the 35-year-old pretty palooka are the internet “trolls” harassing her.

Bridges — who works as a math teacher during the day — said the photo showed her posing topless from behind, clad only in boxing gloves and a thong.

She posted a screengrab of the message she received from the social media killjoys: “Your post goes against our guidelines on adult sexual solicitation.”

Bridges responded: “OK the trolls / haters are winning TBH. Eh keep reporting my pic. I can’t re-post my pic. Last thing I wanna do is lose my account.”

And, according to the U.K. Sun, she was warned she “could lose access” to her account if she continued her wicked ways.

“Hope y’all screenshotted it for your backgrounds before it got removed. Happy New Year,” Bridges joked.

Now, the boxer has taken to Twitter and Instagram to defend herself, claiming she wants to inspire other women.

“I stayed strong and true to myself. Through all the hate, all the people judging me, stereotyping me and praying for me to fail,” she wrote. “Mainly cos of how I look & how I promote myself, people couldn’t handle change.

“I came into the women’s boxing world showing something different, and promoting myself using social media (no one was/is going to do it for me). I AM different. I’ll never be like anyone else. I’ve walked my own path and now paved it for others. I like to think I have done a lot for women’s boxing this year and brought many more eyes on the sport by just being myself.”

She added: “I took the hits and the bullets and I survived the attacks to now make it easier for other women who also choose to be feminine and show their beauty whilst still being a beast, and hopefully they don’t get slayed as much as I did. I built my own brand that will continue to grow and hopefully inspired many others, not only women but EVERYONE.”

The 7-1 boxer last fought in September when she beat Mailys Gangloff.