WARMINGTON: Afghans stranded by Canada cling to hope heading into 2022 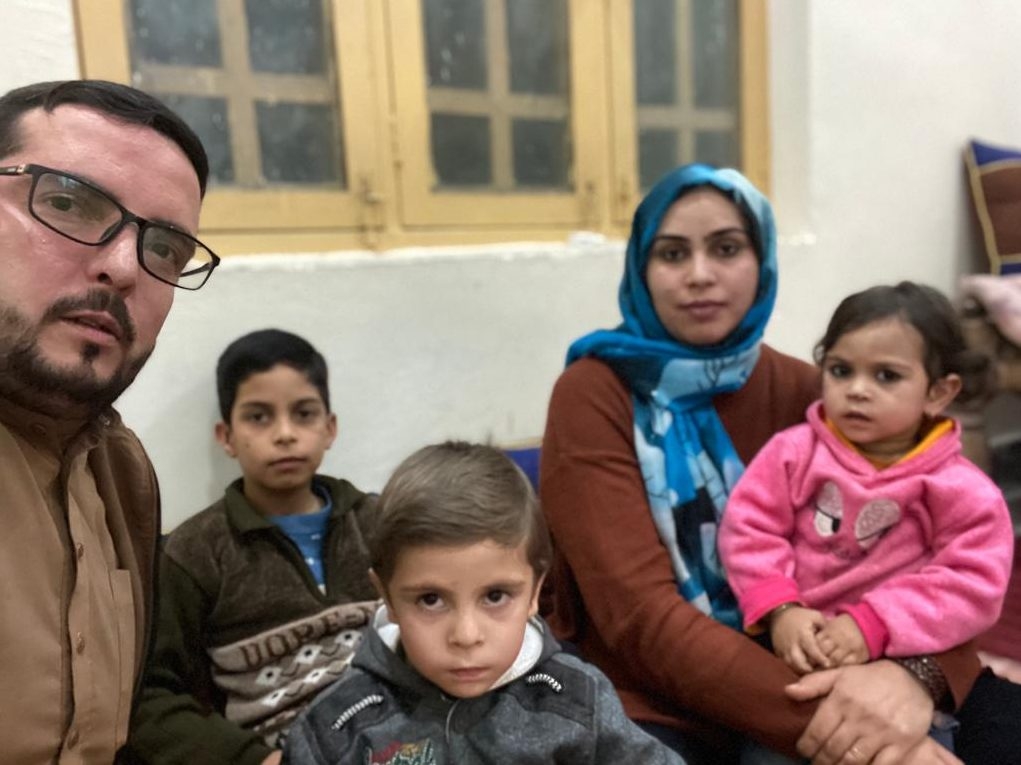 No one was happier to see 2022 arrive than Ahmad “Radar” Sadiqi.

Over the past year, the 33-year-old Afghan interpreter faced the Gates of Hell where his daughter almost died of dehydration, he was near an explosion that killed 75 people, and he was dealt a blow to the head from the butt end of a Taliban riffle.

Then, on Friday, he was trying to get an antenna to work so his kids could watch New Years Eve festivities on TV when he fell from a second storey. Fortunately, he only suffered a concussion and bruises.

While we wish him and his family a happy new year, happy is not a state the Sadiqi’s are at. Canada told him to take his family out of Afghanistan so they could be rescued and airlifted to a new life in the great white north.

The one-time logistics guy and translator for NATO operations, who worked with Lt.-Gen. Dean Milner and Lt.-Col. Tony White, as well as legendary journalists Christie Blatchford and Matthew Fisher, in Afghanistan did just that.

Over the past two months, he has depleted his life savings keeping his wife and their three young children alive while holed up in a Pakistan flat with no furniture.

Stranded and feeling left behind, they are still waiting for the call. As Canada welcomes in the new year, money has run out and the Sadiqi family fears deportation back to the clutches of the Taliban who have threatened to kill him.

Ahmad is not complaining — but I am.

We, as a country, gave this man our word. Now we must do our part and fulfil that promise. As you have read in both mine or my colleague Bryan Passifiume’s numerous compelling accounts, there are dozens of other families in similar circumstances.

Radar’s story is like a movie with so many twists and turns where he and his family almost died, were separated, or feared being kidnapped or jailed. His family was at the infamous Abbey Gate at the Kabul Airport in August, but neither Canadian, U.S. nor British soldiers pulled them up to safety.

After months of work, he has his paperwork to come to Canada. But red tape and an overwhelmed bureaucracy has this family alone, broke, hungry and wondering if anyone cares. If he sends an email to the Canadian government hotline, he gets back a form letter in response.

Good for Canada’s foreign services taking time off over Christmas, but there is no holiday for Radar’s family.

“Our feeling is not so good because we are stuck in two small rooms without furniture and the bedroom is so dark,” said Radar. “We don’t have regular electricity and we use a torch.”

While safer than being hunted by Taliban revenge squads, for his wife Tamana, 27, and their children — Ossna, 2, Sajad, 10 and Mohammad, 3 — it’s not an ideal life.

“I am jobless and the children don’t have school,” said Radar. “We are in very bad situation and the food is very expensive.”

His friends in Canada, the U.K. and U.S. have been sending him money to survive, but this can’t go on forever. Like a lot of families, the Sidiqis are approved to come to Canada but face nagging red tape in that Tamana doesn’t have a passport and has no possible way to obtain one. For her to get on a plane, she needs Pakistan to sign off on it.

So while Prime Minister Justin Trudeau boasts bringing in a record 400,000 immigrants to Canada in 2021, the Sidiqis and others remain in limbo.

What has to happen early in 2022 is some diplomacy with Pakistan, get the Sadiqis and others on a plane to Canada so they can get on with their lives in a country they took great risk to help during the Afghanistan war.

Having worked with Radar in Afghainstan in 2011, I can’t think of a better way to ring in 2022 than to pay this debt.

What has the emergency regime for the global health system shown?