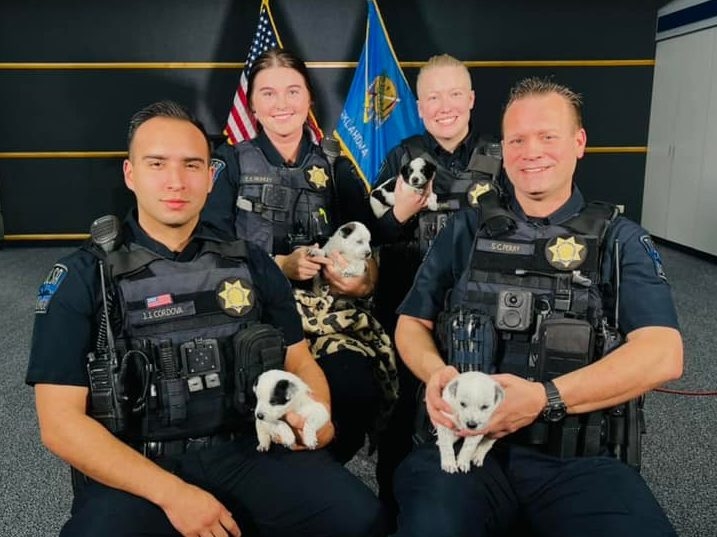 Talk about a Christmas miracle.

Officers with the Tulsa Police Department have adopted four of five puppies found abandoned inside a zipped duffel bag placed on the counter of a QuickTrip gas station on Dec. 25, according to the department’s Facebook page.

The department shared the good news on Boxing Day on Facebook saying the officers were “overwhelmed with Christmas feelings” about the situation.

Fittingly, a gas station employee has adopted the fifth pup.

“Big thanks to the cute pups, awesome officers, and QT employee,” the department wrote.

Readers of the post were also encouraged to adopt any new pet companions they wish to add to the family rather than buy from breeders.

“If you’re looking for a pet, please adopt don’t shop, there are lots of rescues and shelters that are over capacity for abandoned pets,” the department said.

In a second Facebook post on Thursday, the Tulsa Police Department said the puppies “are now growing fast and doing great.”

The four officers also appeared on Fox and Friends with the puppies sitting in their laps on Thursday.

“We’re so glad the pups have found a good home, and we can’t wait to watch them grow up!” the department wrote on Facebook.

The Taliban is eager for international recognition