Some families feel cut off by new long-term care restrictions 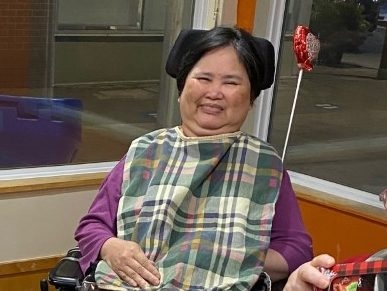 New measures to lower the risk of COVID spreading in long-term care homes have left some residents cut off from their families, according to Family Council members at some facilities.

“It’s so confusing,” Bill Tandon, of the Family Council at Bay Ridges in Pickering, said Friday.

His wife Amy has lived there for seven years.

“Our residents are people who are 70, 80 years old,” Tandon said. “They’re disoriented. They love to see somebody they recognize even once a week.”

General visitors are no longer allowed.

And day absences for residents for social purposes have been paused.

“Largely everyone is frustrated,” said Tandon, who brought his wife home for Christmas Day but can no longer plan such day trips.

As of Friday, Ontario reported there were outbreaks in 98 long-term care homes, affecting 249 residents and 520 staff.

“It’s understandable that the ministry is putting in these pretty aggressive measures,” said Mary Oko, with the Family Council at Toronto’s Copernicus Lodge.

However, she is admittedly frustrated.

“In the end, all we’re doing is keeping the residents in long-term care like prisoners,” Oko said. “They’re back in their rooms for New Year’s. There are restrictions. They can only see essential caregivers two at a time.”

Her mother Wanda, 96, lived at Copernicus Lodge for ten years until she died Dec. 20.

“It’s disheartening for the residents and the families and the staff because nothing has changed from two years ago,” she said. “We still have extreme staffing shortages.”

Minister of Long-Term Care, Rod Phillips said the temporary restrictions are needed because of Omicron.

“We all hope that these measures won’t have to be in place for very long,” Phillips said from his Ajax constituency office.

“Right now, with the peak of spread literally around the world, but more specifically here in Ontario – record case levels and record infection levels in the community – now’s the time that we have to be extra careful,” he said.

With residents still having access to designated caregivers, Phillips pointed out this is “a significant difference from the previous times we have had to put these kinds of measures in place.”

The government is also mandating long-term care staff receive their third dose booster shot by the end of January.

Openness and transparency are two promises the Liberals never kept