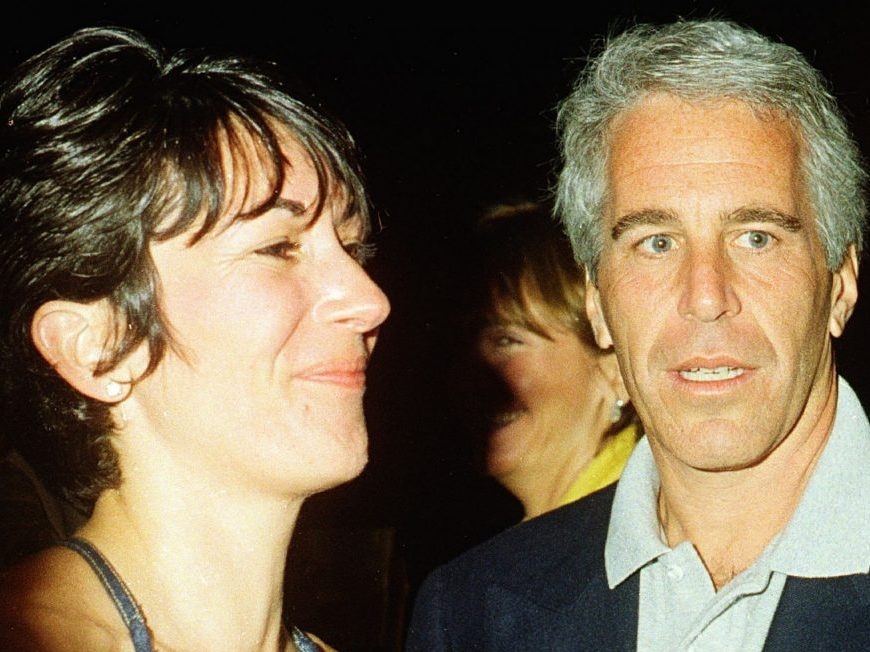 The saga of poor little rich girl Ghislaine Maxwell is far from finished.

The 60-year-old socialite was convicted Wednesday in New York City of sex trafficking and being the straw that stirred the drink in billionaire Jeffrey Epstein’s twisted sexual Ponzi scheme. She faces decades in prison when she is sentenced at a future date.

She was a broke, self-serving socialite and he was a wealthy, maladroit financier. Together, Maxwell and Epstein shattered society’s most treasured rules tossing decency out the door to feed their own ravenous needs.

Longtime New York society columnist R. Couri Hay — insisting he was not a friend of the pair — said “no one had a whiff of what was going on.”

“Ghislaine was a classic social climber, only interested in people who were rich and entitled and powerful. She’d be talking to you and constantly looking over your shoulder to see if there was someone higher up the social scale,” Hay told the Daily Mail. “I don’t think there is any secret to it — it (their relationship) was entirely transactional.”

He added: “When she first came to New York, she had $100,000 a year and rented a one-bedroom apartment, and then suddenly she had money and houses and helicopters and planes and boats. She wanted someone like her father, who was rich and powerful — and that was Jeffrey.”

Epstein and Maxwell needed each other, Hay said.

“She was socially adept and had a Rolodex of interesting contacts, and Jeffrey liked to ‘collect’ people. The fact she could produce someone such as Prince Andrew made her a star in his eyes,” Hay said, adding the socialite was Epstein’s crutch.

“She had $20 million or $30 million in the bank — where did that come from? It was Jeffrey’s money. She sold her soul to Jeffrey and she’s too smart to claim she was hoodwinked. She knew what she was doing.”

He added: “She looked up to Jeffrey like he was Zeus — she worshipped him. She clearly knew how perverted he was, but it didn’t stop her becoming his accomplice.”

Victim Annie Farmer — the only publicly named survivor to testify against Maxwell — told Good Morning America that Maxwell’s conviction was “one important step” towards justice.

“It’s a tremendous relief,” Farmer said. “I wasn’t sure that this day would ever come I just feel so grateful that the jury relieved us and sent a strong message that perpetrators of sexual abuse and exploitation will be held accountable no matter how much power and privilege they have.”

One of Maxwell and Epstein’s most vocal accusers said the former British “it” girl used her charm and accent to lure young women and girls into Epstein’s clutches — then cover his crimes.

“She was the devil’s right-hand man. She made these appointments for him, she actively went out there and scouted for new girls. She was part of the sexual encounters at times. To paint herself as just the ‘house manager’ is a load of crock,” Virginia Roberts told The Cut.

“She’s definitely worse than Epstein,” Roberts added. “Epstein did a whole bunch of really bad stuff, acting on his sick urges. But Ghislaine facilitated it. She was the one out there bringing the girls in for him and participating in some of the sexual events. She’s worse to me, more evil than Epstein. What Ghislaine did to so many of us, it’s unforgivable.”

The BBC was left with egg on its face when it turned to famed lawyer Alan Dershowitz to discuss Maxwell’s conviction. Dershowitz has been accused of sexual wrongdoing in connection with Epstein.

Oh, and did he mention he represented Epstein in his notorious slap on the wrist 2008 plea deal in Palm Beach.

Less than 12 hours later the Beeb retreated, saying the interview “did not meet BBC’s editorial standards.”

“The US Attorney’s Office in the Southern District of New York should be congratulated for having the courage to bring Epstein and now Ghislaine Maxwell to justice, something that should have been done in the Florida case 15 years ago,” the retired detective said, adding his cops recognized the “importance of stopping Jeffrey Epstein and bringing him to justice.”

Detectives discovered Epstein was a serial sexual predator and then … the feds brokered a non-prosecutorial agreement with the sicko allowing him to skate on federal charges.

“Now that the courts have spoken, I hope and pray that the professionals in our justice system learn from the case,” Reiter said.

WHAT HER FAMILY SAYS

“We believe firmly in our sister’s innocence — we are very disappointed with the verdict. We have already started the appeal tonight and we believe that she will ultimately be vindicated,” the Maxwell siblings said in a statement.

Olympic travel a big challenge for some Pacific Island teams

Paulina Gretzky ‘stayed away from athletes’ before Dustin Johnson