TAYLOR: For Canada’s military, the Christmas season is a time of both joy and sorrow 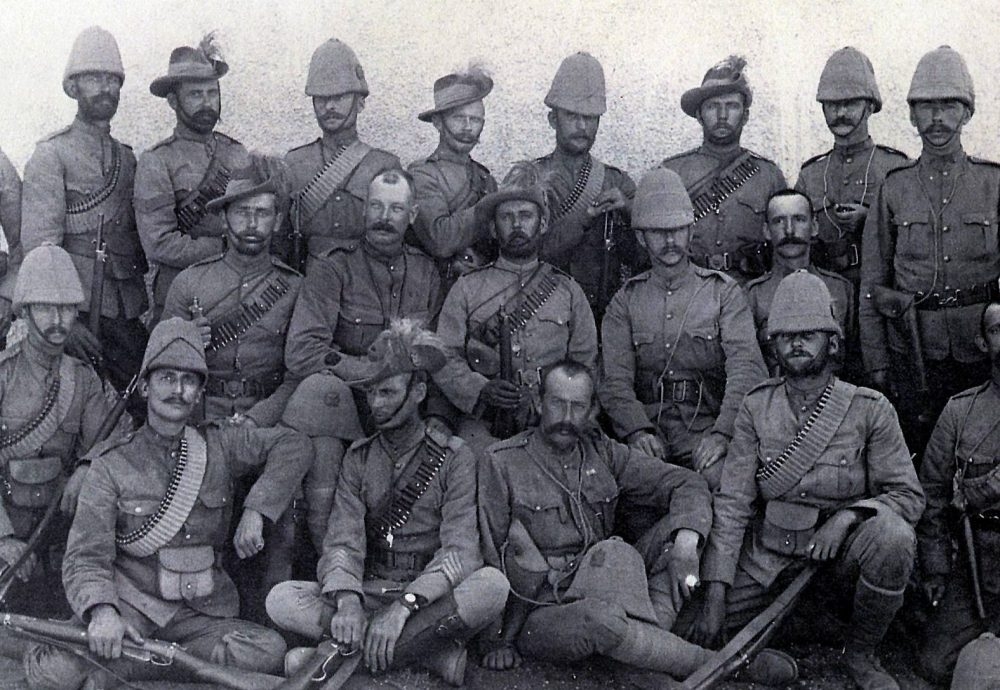 For the Canadian Armed Forces, Christmas is always a time to be remembered, sometimes for all the wrong reasons.

Throughout its glorious history, Canada’s military has often been put to the bloodiest of tests during the season of goodwill.

No quarter was given at Christmas during three years of South Africa’s Boer War.

For the Canadian Mounted Rifles, the 2 RCRs and Lord Strathcona’s Horse it was a Christmas like none of them had ever seen.

With temperatures of more than 38C (100F) and under constant threat from guerilla warfare, Canadian troops in the field were continually under pressure.

Against the background of joy and celebration our soldiers had known all their lives, the battle stress of the season crept in like the Grinch at a Christmas party.

At a typical gathering near the town of Ladysmith, four decorated trees were set up in a local hall and named Great Britain, Australia, Canada, and South Africa.

All the while, Boer artillery kept directing fire on the houses of the town.

Then, on Christmas Day, something peculiar happened.

After a three-hour barrage, one 15 pounder shell landed harmlessly, with a dull thud.

On closer examination there were no high explosives in it, but in their place was a fresh plum pudding with the message, “Compliments of the season.”

Many Canadian soldiers graduated from the Boer War to play their part in the First World War.

In 1914, with a soldier’s typical optimism, it was often speculated that, “This will all be over by Christmas.”

But after four months of bloody fighting and in the middle of a cold and muddy December, things were just getting started.

Frostbitten soldiers suffering from trench foot and other serious diseases often carried by rats as big as cats, hunkered down in flooded trenches under constant attack.

Then, on Christmas Eve, a minor miracle occurred.

The sound of battle went silent as combatants on both sides lay down their weapons and stopped practising war.

Miniature Christmas trees appeared in the German trenches, season’s greetings were hollered across no man’s land, voices sang ‘Silent Night’ in two languages and the break allowed survivors to retrieve the bodies of fallen comrades.

But, all too soon, friends and enemies returned to the vicious business of trying to kill each other.

During the Second World War, on December 20, 1943, a battle force of Canadians, most of them volunteers in their twenties, launched an attack on Ortona, Italy.

They believed they would take the seaport town before Christmas.

Instead, it took eight days of hand-to-hand, bloody fighting before the job was done and 213 Canadians died that Christmas week alone.

But nothing would keep the Christmas spirit down.

Within gunshot of the fighting, our Seaforth Highlanders sat in a bombed-out church at tables set with white tablecloths and proper chinaware, dining in shifts on roast pork, cauliflower and mashed potatoes while an organist played Christmas music.

It would be the last meal for some of those Canadian heroes at a time that is remembered as “Bloody December”, the most devastating month of the Italian Campaign during the Second World War.

There was no Christmas carolling in December, 1941 for the Royal Rifles of Canada, the Winnipeg Grenadiers and the Canadian nursing sisters who arrived in Hong Kong just in time to come under overwhelming attack by Japanese forces.

From December 8 to 25, nearly 2,000 Canadian warriors, the first to see action in the Second World War, fought valiantly against the Japanese forces.

With no chance of victory, it was finally finished on Christmas Day when the enemy overran the defenders.

Raping and murdering nurses, bayoneting wounded Canadians in their hospital beds, the aggressors would persecute their captives for the next three and a half years. Ultimately, 554 brave souls would never see the shores of home again.

There’s no shooting war out there for our troops to face this Christmas season, but Canada still has more than 2,000 military members serving in faraway places.

Some were sent home for a couple of weeks, making it all the more lonely for those left behind.

Among those serving overseas, 400 are with NATO in Latvia, 50 in Egypt and 15 in Iraq. In Kuwait, where 350 troops are deployed, those left behind ate Christmas dinner at Camp Canada.

In Ukraine, some 200 Canadian troops are deployed as military trainers helping the country remain sovereign and secure.

About 30 of them were left to hold the fort over the Christmas season in what is probably the hottest spot on the international map today.

So enjoy the season, but think for a moment about all those brave Canadian fighters who, over the years, stepped up so every one of us is free to celebrate the Christmas season, every year, exactly as we see fit.

— Col. Gilbert Taylor, (HCol. retired) is the immediate past president of the Royal Canadian Military Institute and Ontario Branch of the Last Post Fund

Bargaining on the Kuril Islands is inappropriate