CRIME HUNTER: Unlucky 13 slated to be executed in 2022 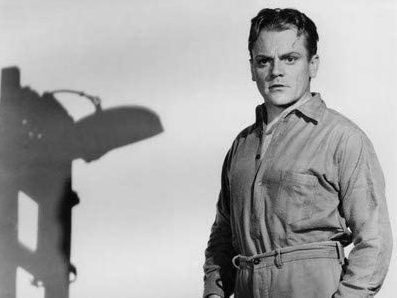 The great pandemic and public distaste has caused U.S. death penalty states to dial back on the number of condemned killers being executed.

The unlucky 13 penciled in to die in 2022 is the lowest roster in decades, continuing a long decline in the number of men and women being put to death in the electric chair or via lethal injection.

Still, other mostly southern states have put the brakes on the Grim Reaper but have not stopped completely.

411: Born to a crackhead mother, the 45-year-old was sentenced to die for the 2001 murder of two women at a Del City, Oklahoma hotel. His lawyers argue he is seriously mentally ill. Two of Grant’s brothers are also convicted killers. In 2010, Lenox Grant shot to death a seven-year-old boy and his father while Joseph Grant was convicted of second-degree murder in a bar fight.

411: Reeves is getting the big adios for the November 1996 murder of Willie Johnson in Dallas County, Alabama. Johnson gave Reeves a lift when the condemned man stuck a shotgun through the rear window of the truck cab and fatally shot Johnson in the neck.

411: Postelle is slated to die for a botched revenge plot, prosecutors say. He was convicted of plotting with his dad, brother and a family friend to kill four people on Memorial Day 2005. One of the victims was allegedly responsible for a motorcycle accident that crippled the father. His brother was sentenced to four life terms.

411: Gonzalez was burglarizing a West Texas couple’s home in 1995 when they woke up. He then stabbed Manuel and Merced Aguirre several times leaving them dead in their beds. The Aguirres were his neighbours.

411 : Coddington wanted money for dope, but auto parts store co-worker Albert Hale, 73, wouldn’t give it to him. So, Coddington battered the old man to death with a hammer and as a result was sentenced to die in 2003 for the 1997 homicide.

411: Smith was convicted in the 1989 triple murder of his estranged wife Judy Lynn Smith and her two sons from a previous marriage, Chad and Jason Burnett, in Nashville. He was sentenced to death for all three killings.

411: Harold Nichols, aka The Red-Headed Stranger, was sentenced to die for the brutal 1988 sex slaying of 21-year-old Karen Pulley. According to court records, he battered her on the head with a board at least four times, causing skull fractures and brain injuries. Nichols wants to die in the electric chair.

411: Hutton finds himself in the Buckeye State death house for the murder of friends Derek “Ricky” Mitchell and attempted murder of Samuel Simmons Jr. Hutton, 63, shot Mitchell and Simmons after accusing Mitchell of stealing a sewing machine, in which he had stashed $750.

411: Coley’s journey on the gurney comes as a result of the Jan. 3, 1997 murder in Toledo of 21-year-old Samar El-Okdi. Coley and an accomplice abducted the female victim, then shot her in the head and stole her car. The 45-year-old killer was also convicted of attempted murder in a similarly violent carjacking just days before.

411: Chanthakoummane, 36, is scheduled to die for the July 8, 2006 stabbing death of realtor Sarah Walker who was manning the model home of a subdivision in suburban Dallas-Fort Worth. The victim was found stabbed 33 times with a bite mark on her neck, with her watch and ring missing. DNA linked the doomed man to the crime.

411:   Carter shot to death United Dairy Farmers convenience store clerk Frances Messinger in Cincinnati during an April 6, 1992 robbery in the early morning hours using a Smith & Wesson five-shot revolver manufactured between 1877 and 1891. The hammer must be pulled back manually prior to the firing of each round — you really have to want to kill.

411: Bridget Townsend, 19, was murdered by Gonzales on Jan. 15, 2001, in Bandera, Texas. Gonzales was convicted of the sex slaying. His mother used drugs while she was pregnant with him and he was sexually abused by a male relative and sunk into a haze of drugs and booze.

411: Jackson, 47, was sentenced to death for the March 25, 1997 Columbus murders of two men whom he shot in the head so they wouldn’t go to the cops. The killer and four accomplices set out to rob an apartment and things went off the rails ending in bloodshed. Jackson told an accomplice at the murder scene: “They know my name. I have to kill them.”

MANDEL: Son who murdered elderly mom to serve another nine years in prison

Canadians left in Kabul running out of food, time, hope