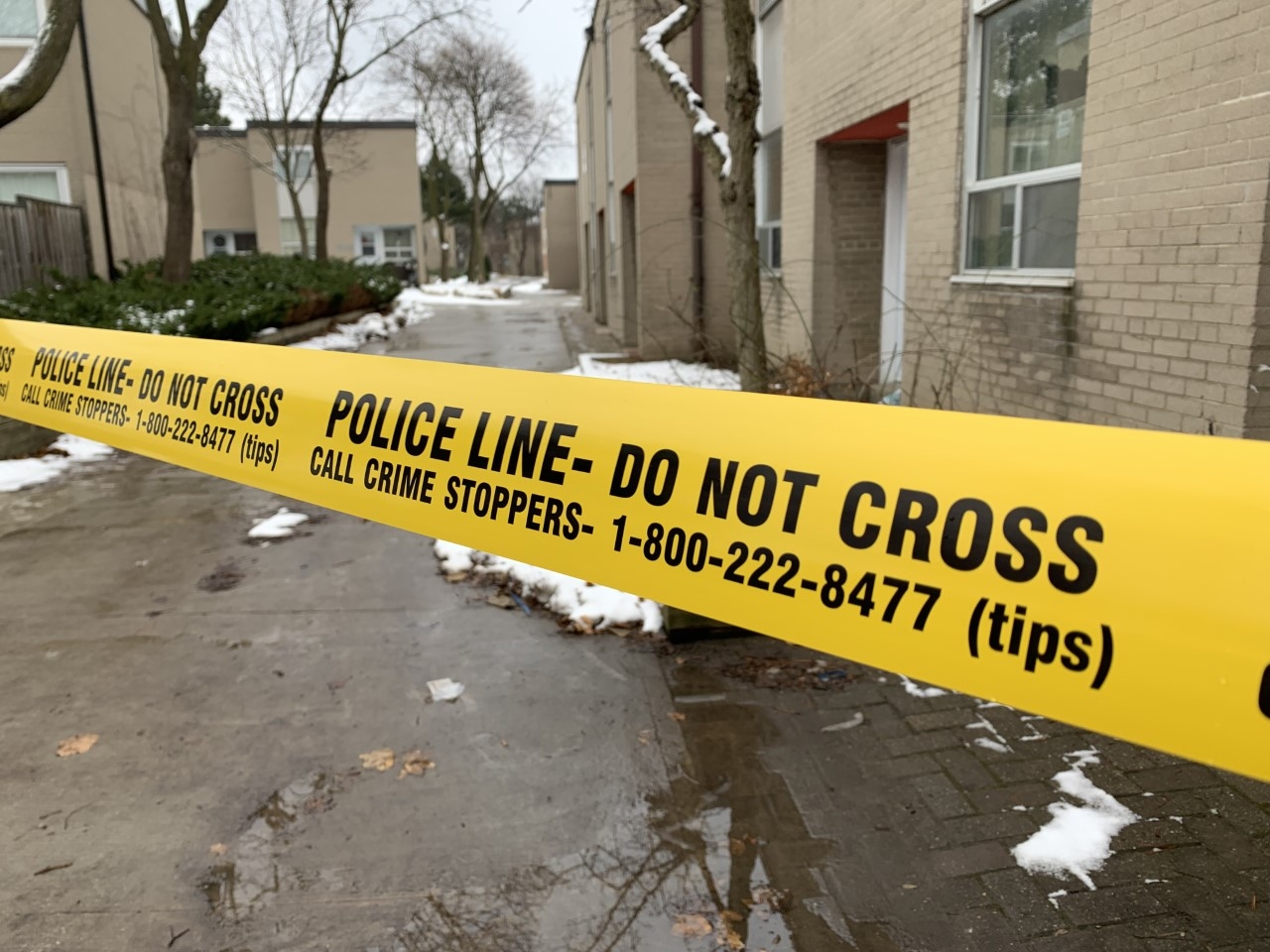 Gunshots rang out at about 9:30 p.m. Thursday night

Some of the doorways at the townhome complex have Christmas decoration in front of  them. One of them had a pile of sawdust in front of it marking the spot where a 21-year-old man was shot and killed.

“Bang bang bang.  Three shots,” is what one man described he heard.

Fear of the violence is why he did not wish to share his name as he walked with his family from his niece’s townhouse – passing the scene of the shooting – and into a nearby parking lot.

“I was watching TV with him,” he said referring to one of the children he walked with.

“That’s gunshots,” he recalled saying at the time. “And it is pretty close.”

It was about four units away.

Police announced that Thursday at about 9:37 p.m., they responded to a call about a shooting in the Jane and Finch area close to intersection of Grandravine Drive and Driftwood Avenue.

Officers found a man outside a townhouse unit who had been shot.

He was pronounced deceased at the scene.

He is the city’s 82 nd homicide of the year.

“I come to visit because I am really worried about them,” said the man who was visiting his niece and her young family.

“It’s terrible.  And that is why we need to move from here because it is not a good place to raise kids.”

A woman  walking through the complex Friday to take out her garbage – who identified herself as Claire – said she has lived in the area for 21 years.

“I called everyone I know who has a son, just to find out if their kid was okay.”

The townhouse complex is across the street from where another shooting happened on September 7, that killed a 30-year-old man.

“We need to get out of here because I am worried about them and the kids,” said the man walking with his family.

“Christmas is tomorrow.  Somebody has to live with that for the rest of their lives. They don’t have a son.  He was just 21 years old.  It’s sick.”

Investigators would like to speak with anyone who may have information or have dashcam or video surveillance of the area.

‘Meat’ the world’s most expensive burger

Trump opines on coup while rejecting fears about his actions