STROBEL: The joy of food — finally 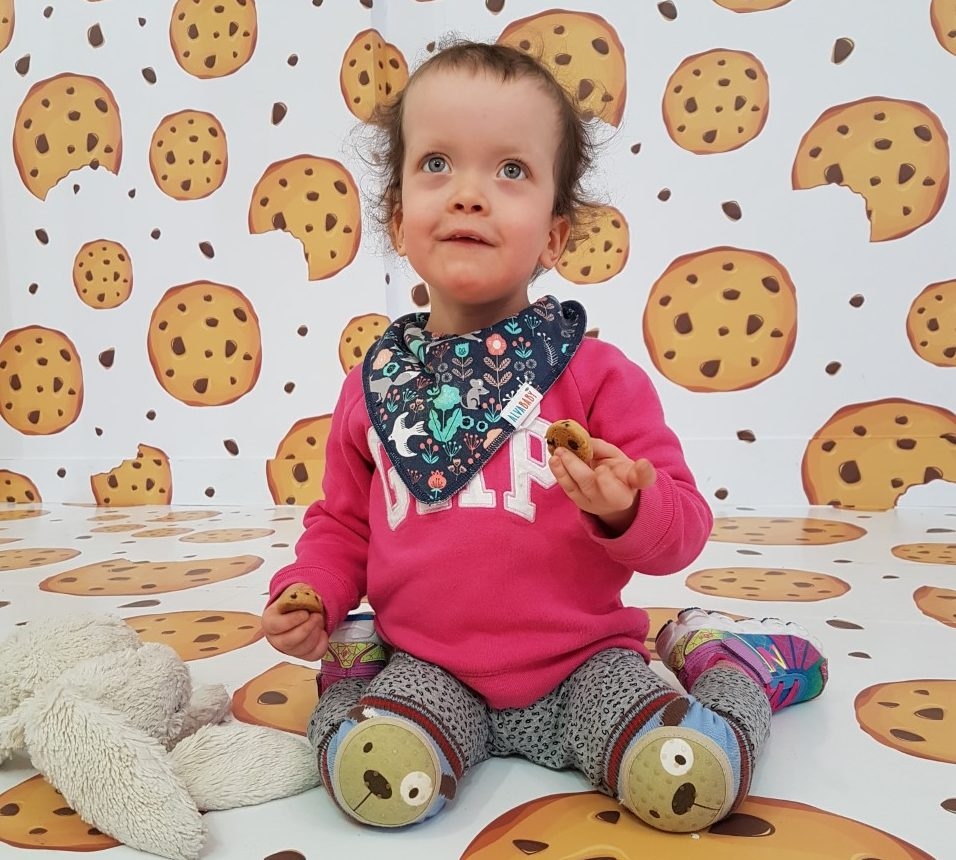 Wee Willa Price is finally discovering a world of culinary delights that do not come from a feeding tube.

So far, the five-year-old is partial to honey garlic chicken wings and the messier the better.

“She can drain a pound of those things,” says her dad, Harold Price, happily.

All-dressed potato chips are a hit, too, as is Vietnamese food.

Hummus, not so much. It’s too much like what comes in her tube.

Still, surviving on regular food is a year or two away for Willa. So, 10 or 12 times a day, her parents or teachers fill a large syringe with a sort of super-smoothie and shoot loads of proper nutrition through a surgical hole, called a “mic-key button,” just left of her navel.

“She’s really not a big fan of that mic-key button, anymore,” says her dad.

Willa has Noonan spectrum syndrome. It offers a smorgasbord of effects, including developmental delays, facial traits and muscle weakness.

“It was difficult for her to learn to walk, to hold her head up, keep her eyes straight, even to sit up,” says her dad. “All the coordination things we take for granted.”

Such as chewing and swallowing.

Willa was a preemie and spent her first six weeks in ICU at Sick Kids. At first, she was fed via a tube down her nose. The mic-key button on her tummy has been her meal monitor since then.

Imagine being a kid without hot dogs or ice cream or cupcakes.

You can fill a syringe with every vitamin and mineral on Earth — but you can’t add flavour, or fun.

The good news is, Willa’s pluck and endless therapy are paying off. She has shed her walker, though ankle braces help her climb stairs and such.

“She’s improving all the time,” says Harold, who’s a production manager at a virtual reality firm.

“It was all new to her,” says Harold.

She started her gastronomic adventure by licking bacon and graduated to capers, olives and packets of condiments. Then, one momentous day, having finally acquired the ability to swallow, she scarfed down a bowl of sour cream.

In the past year or so, her taste buds have matured, thankfully, to include the likes of eggs Benedict with hollandaise sauce. When she goes out to dinner, her parents — mom is Hilary Jenset, an art director — sometimes order three or four different entrees for her, just to broaden her food resume.

“We get looks from other parents,” says Harold, “like, ‘Oh, my god, what are those people feeding their baby?’

Of course, life is never a piece of cake. Willa has been diagnosed with autism, on top of Noonan’s. It shows up in her new dietary choices — she is, for instance, obsessed with soda water.

In two years, Harold expects, as his daughter’s little body adjusts to real food, she will at last be done with the tube.

She is already a sweetheart, though, as you can clearly see in her photo. Variety Village staff noticed her flitting about their summer camps and have recruited her to be a Village “ambassador.” You may see Willa on posters and such. (I’m happy to say the mic-key button is watertight, so she can splash at will in the Village pool.)

“She is a very joyful little girl,” says Harold. “She runs around smiling and laughing all the time, whether it’s appropriate or not.”

If she sees you walking your dog near her East York home, she will, without fail, scurry up with that slightly awkward gait and ask for its name and permission to pet.

“Strangers get a kick out of Willa,” says her dad.

Of course, Willa will not be a cute little kid forever. And Noonan’s can be a sneaky syndrome, harbouring such surprises as scoliosis.

“It’s still very cloudy,” says Harold. “You can’t help feeling a bit of dread, but you have to get that out of your mind. We just want her to be mobile and social and have friends.

“Our blue sky hope is that as an adult she can have a job and live independently and all those things. We’re not counting on it, but there’s always hope and it’s something to work toward.”

Yes, indeed. One honey garlic chicken wing at a time.

HOW YOU CAN HELP

To donate, go to sunchristmasfund.ca , where you can also order my new book, Small Miracles: The Inspiring Kids of Variety Village . All sales go to the Christmas Fund. As a new Variety ambassador, Willa thanks these recent fund donors:

Anonymous, in memory of Plinio Fernandez, $50

Correctional officers unfairly forced out without notice or pay: OPSEU