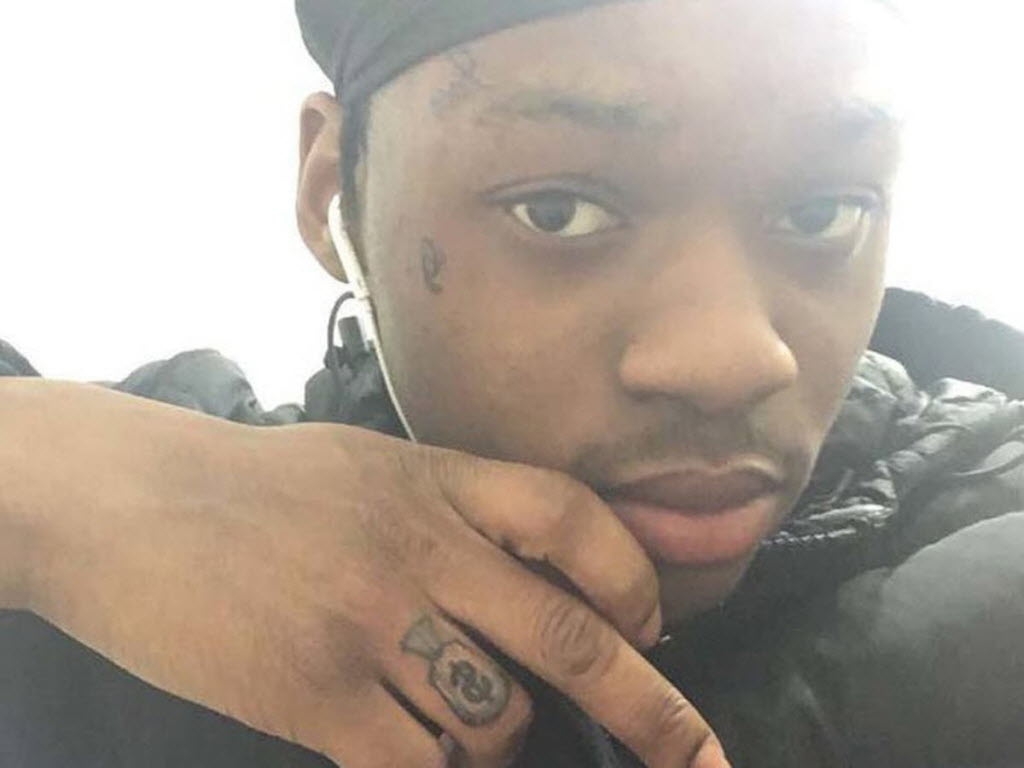 On a Sunday morning four years ago, aspiring rapper Malique “Lil Mell” Ellis was on his way to his Scarborough apartment laundry room with his girlfriend when he was ambushed and shot 15 times in the hallway.

He was just 21 when he was killed, another young Black male murder victim who hardly made the news.

And two years after he was charged with forcing a teenage girl into prostitution.

This time, the menace is going away for life — or at least 25 years.

Ellis’s girlfriend told police they’d celebrated her 18th birthday the night before and Ellis woke her up to come with him to get their laundry. When they came out, they both noticed a man walking down the hall and glancing over his shoulder.

“Who is that?” they whispered to each other.

She went ahead into the stairwell to head downstairs. But Ellis didn’t follow behind her. Instead, as the door closed, she heard a burst of gunshots.

At first, she was frozen in shock. When she finally came to her senses and opened the door, she found Ellis bleeding and lifeless on the ground. As she collapsed and started screaming, she saw someone running away.

It was the same young Black man in a hoodie she’d noticed just moments before.

In the circumstantial case, the judge was satisfied surveillance videos and cellphone records proved Mebratu was the killer. And he had no doubt it was planned and deliberate.

“This shooting was not an impulsive act. It was not an act triggered by an argument, altercation, or disturbance and without prior consideration,” Brown wrote in his judgment.

“In all the circumstances, I find the shooting was predatory in nature. It was tantamount to an execution.”

And an efficient one, at that. Mebratu left his girlfriend’s Mississauga apartment at 9:30 a.m. and returned 90 minutes later. In that short time, he drove to Ellis`s building at Eglinton Ave. E. and Markham Rd., lay in wait for him to exit his apartment, killed him and then fled the scene.

There was no motive presented at the trial. Was it just another beef between neighbourhoods or rappers? No one seems to know.

What is certain is there is yet another mother grieving the senseless loss of her young son.

“Malique was a happy, loving, forgiving person. He held no malice for anyone. He was loved and known by many everywhere he went,” Clare Ellis told the court, as she read her victim impact statement over Zoom. “He had a small voice, a big heart and a huge presence.”

She last saw him the week before he was killed, when she made him his favourite lasagna.

“The next time I saw Malique was at a morgue. I feel robbed of the promise of his future and time with my son. I will never hear another ‘Hey Mom Love you Mom’ or feel his lingering hugs again.

“I did not get to say goodbye to my child. He had so much potential. He had a lot of great ideas. He is gone and will never be forgotten.”

And unbelievably, that mother’s pain has only doubled. Just last month, Malique’s twin brother Malcolm Ellis was gunned down in Scarborough as well.