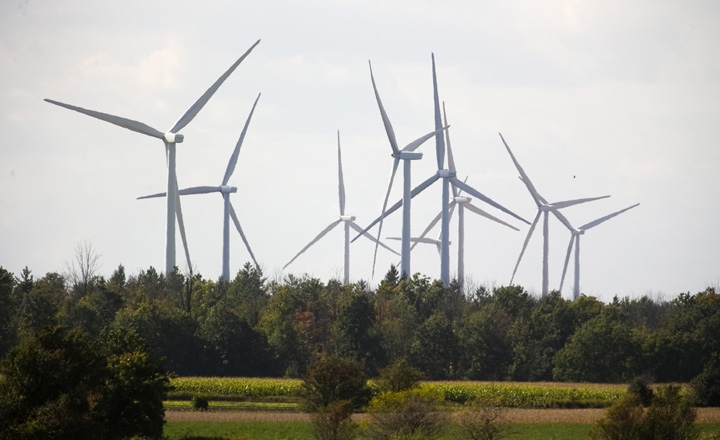 By recklessly rushing into unreliable renewable energy to replace fossil fuels, the U.K. and Europe are now in the midst of an energy crisis heading into winter, where electricity prices to consumers are skyrocketing and factories are reducing production or shutting down.

It’s a warning to Canadians about what could happen here if the Trudeau government, and future governments of any political party, don’t revise unrealistic plans to reduce greenhouse gas emissions to net zero by 2050.

The Liberals are pretending unreliable and intermittent forms of green energy are ready to replace reliable and proven ones, the same mistake Europe and the U.K. made.

European governments are frantically turning back to fossil fuel energy and nuclear power after curtailing them in their rush into green energy — primarily wind power — which has failed to keep up with increased demand due to low wind speeds for the year that began in the summer.

Now, energy demand is skyrocketing across Europe and the U.K. as countries struggle to recover from the global recession caused by the pandemic, drastically increasing their need for power.

The key failing of wind energy compared to fossil fuels and nuclear power is that it can’t provide base load power to the electricity grid on demand because the wind doesn’t always blow.

It also can’t be stored until needed at levels required to power industrialized countries, given current battery technology.

Of course, proponents of wind energy, doubling down on failure, insist the solution is to convert to wind power even faster, despite its unreliability.

But what’s happening should serve as a warning to Canadians about the consequences of prematurely abandoning reliable forms of energy for less reliable ones.

In Ontario, for example, the Progressive Conservative government of Premier Doug Ford is considering phasing out natural gas to power Ontario’s electricity grid by 2030, something more than 30 poorly-informed municipalities have called for.

This despite a dire warning from the province’s Independent Electricity System Operator that “completely phasing out natural gas generation by 2030 would lead to blackouts and the system changes that would be required would increase residential electricity bills by 60%.”

That would be a continuation of the previous energy disasters inflicted on Ontario taxpayers and hydro ratepayers by the Liberal governments of former premiers Dalton McGuinty and Kathleen Wynne from 2003-18.

According to two provincial auditors general, they grossly overpaid wind and solar power developers in 20-year contracts, helping to send Ontario electricity prices into the stratosphere.

The Liberals made things worse by requiring that wind and solar energy had to be bought ahead of all other forms of energy, making the electricity grid less efficient.

Then they played election politics with taxpayers’ money, cancelling two politically unpopular natural gas power plants needed to back up wind energy — resulting in a billion-dollar scandal and the jailing of a senior Liberal political aide for destroying government documents.

In fact, it was natural gas and nuclear power — not wind and solar — that was used to eliminate Ontario’s reliance on coal-fired power plants for 25% of its electricity, the one thing the Liberals did right.

The problem was the Liberals wasted billions of dollars propping up wind and solar power that weren’t needed to eliminate coal.

Is a shoplifting ring operating in the Bay Area after similar incidents?