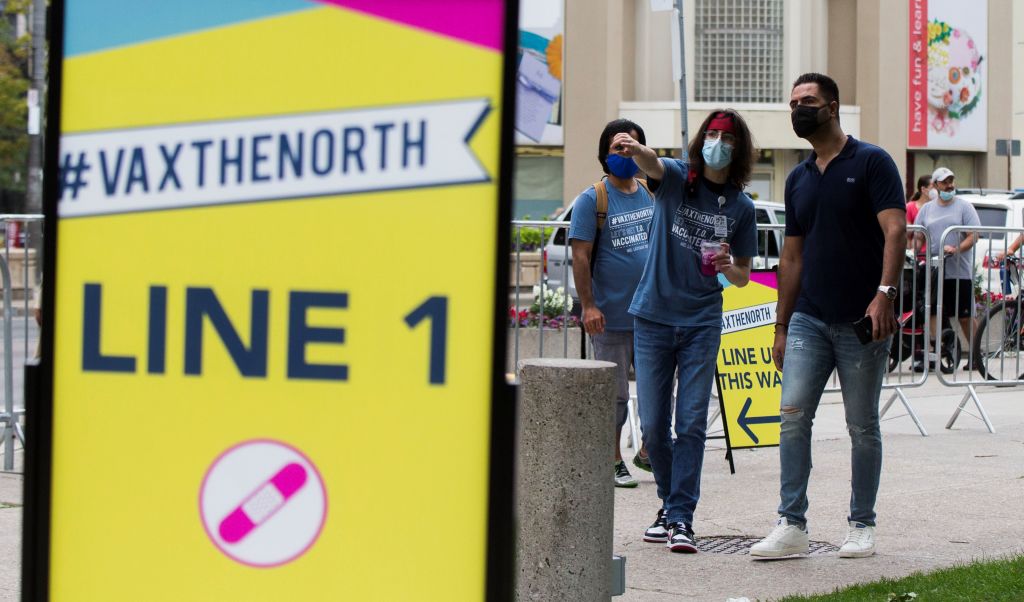 The city says it is shifting its efforts towards converting all eligible first vaccination dose recipients to become fully vaccinated against COVID-19.

The new initiative starting this week will focus on getting a second dose of vaccine into the arms of some 215,000 people who still need it.

Those include the unvaccinated, but of that group, more than half have already had their first needle. Of those, more than 48,000 are overdue to get their second shot.

‘Second dose conversion’ is the new priority at Toronto City Hall, to get the last 215,000 residents fully vaccinated against COVID. Of those, some are unvaccinated, more than half have had one dose — but more than 48,000 of them are overdue for their second. @680NEWS pic.twitter.com/cyGAtiBrRD

The city says that those in the 18 to 24 and 25 to 29 age groups represent the highest rate of partially vaccinated individuals who are now tardy for their second dose.

“We have been so successful helping millions of residents get vaccinated. But there are still thousands of eligible residents who remain unvaccinated or are only partially vaccinated,” said Mayor Tory.

“With the latest variant and case numbers growing, it is more important than ever that we continue our efforts of breaking down barriers to vaccination across the city to get as many residents vaccinated as possible. In this next phase of the VaxTO campaign, our focus will be on connecting with residents who have already received their first dose to encourage them to get their second. The more Torontonians we can get fully vaccinated, the safer and healthier we will all be.”

Councillor Cressy says what they’ve seen so far is that people not getting vaccinated has been more a problem of access, not one of opposition.

The VaxTO campaign will use tools such as highly targeted text and broadcast messages and contacting individuals wherever possible to urge people to get their second shot.

“Thanks to our Team Toronto partners, we’ve made incredible strides in our immunization campaign, with more than 82 per cent of eligible Torontonians now fully vaccinated. But there’s still more work ahead,” he said Tuesday.

“By focussing on second dose conversion, we’ll be able to connect to Torontonians that still need their second dose and provide information about getting their second shot while addressing any issues, hesitancies, or concerns they might be experiencing.”

Brisbane picked to host 2032 Olympics without a rival bid

Domincan principal accused of being racist against white teachers