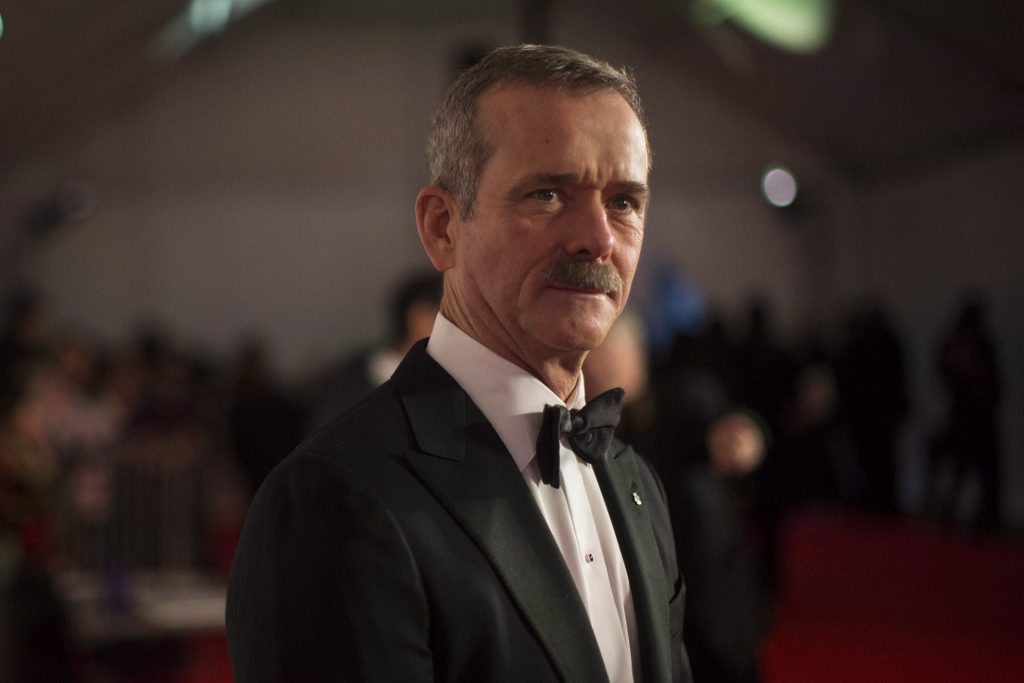 One Canadian spaceman to another, former astronaut Chris Hadfield is encouraging William Shatner to follow the wise words of Captain James T. Kirk as he braces himself for a real-life blastoff: “Boldly go.”

Hadfield said he quoted the “Star Trek” star’s iconic mantra in a note wishing him well on his voyage aboard Jeff Bezos’ Blue Origin rocket ship on Wednesday.

The flight was originally planned for Tuesday but Blue Origin has announced it is being delayed 24 hours due to forecasted high winds.

Hadfield, a self-identified Trekkie who commanded the International Space Station, said he’s thrilled that after decades of service in the fictional Spacefleet, the Quebec-raised actor will soon get to experience the final frontier for himself.

“I think it’s great that a little kid from Montreal, who portrayed a legendary starship captain who inspired me as a kid, is now actually going to be weightless and in space and seeing the curve of the world from above,” Hadfield said in an interview.

Shatner had a chance to get Hadfield’s thoughts on space travel while he was floating aboard the International Space Station in 2013.

One question he had was how Hadfield deals with fear about the dangers of spaceflight, a concern that may be on Shatner’s mind in the leadup to Wednesday’s launch.

But Hadfield maintained that Shatner shouldn’t sweat it, suggesting the “journeyman” actor’s time on the stage should serve him well in space.

“He’s done a lot of live theatre, and there’s pressure in that your entire reputation relies on your preparation and your skill,” said Hadfield, whose debut novel, “The Apollo Murders,” hits shelves Tuesday.

“He’s a super experienced and interesting and self-propelled guy. He’ll be fine.”

However, Shatner’s trip through the stratosphere will drastically differ from Captain Kirk’s intergalactic adventures, Hadfield noted.

While Shatner piloted the USS Enterprise as a performer, he’ll be a passenger on Blue Origin’s New Shepard NS-18 capsule, said Hadfield.

And rather than traversing the cosmos, Shatner’s 10-minute flight will reach no higher than about 106 kilometres before the rocket descends to the desert floor of West Texas, not far from where it took off.

“It’s sort of like the difference between diving into a swimming pool and swimming the Atlantic,” said Hadfield.

“It’s a purely physical, personal, psychological experience for him. Whereas the character he portrayed on ‘Star Trek,’ or the reality of my space flight experience, that’s their life. That’s where they live. The environment defines who they are.”

At 90 years old, Shatner will also have the distinction of becoming the oldest person to go into space.

When it comes to the risks of space flight, Hadfield said age is just a number, and there are a variety of medical factors that determine whether someone can safely sustain the rigours of rocket launch and re-entry.

While professional astronauts have to be in peak physical condition, Hadfield said the health requirements for space tourists are much lower, and he’s confident that Shatner is in ship shape.

“It’s a very benign flight profile,” he said. “If you would trust your 90-year-old relative on a really rough roller-coaster, then I think you could trust him on this particular spaceship.”

Hadfield demurred at the suggestion that he offer Shatner any words of advice, insisting that the actor’s wealth of life experience should leave him well prepared for takeoff.

But if he had one suggestion to share, it would be to enjoy the ride.

“Make the absolute most of it. Don’t miss the experience worrying about ancillary stuff,” he said. “Really soak it up.”

— with files from the Associated Press

New Israel government vows change, but not for Palestinians

GAFFES AND SCANDALS: Singh gets backlash for censuring rebel MP in 2018