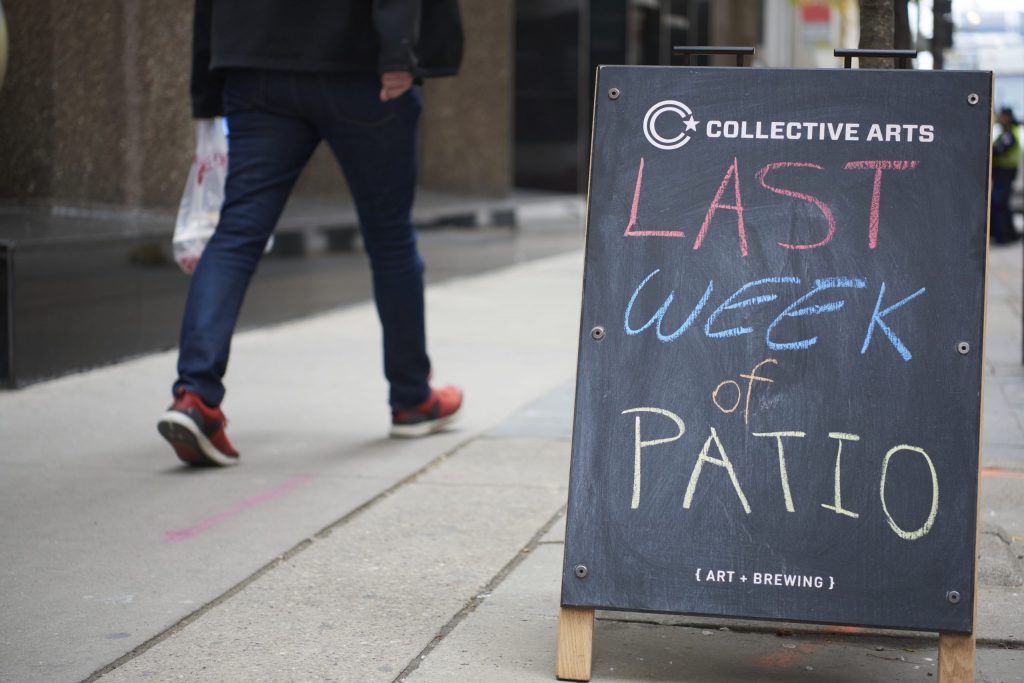 The association that represents restaurants says it’s extremely disappointed their sector was left out of a recent decision by the Ford government to lift capacity limits at a number of Ontario venues.

Capacity limits no longer apply for some Ontario venues.

As of Saturday, cinemas, theatres, concert and sports venues, and horse racing tracks that require proof of vaccination are allowed to open at full capacity

In making the announcement late Friday, the province says it’s making the changes based on high vaccination rates, stable public health indicators and the vaccine certificate policy noting there have been few outbreaks in the selected settings.

Capacity rules are still in effect in other places requiring proof of vaccination such as gyms and restaurants, a move that is not sitting well with Restaurants Canada.

“It is beyond comprehension that 20,000 people can cram into an arena, scream, and closely congregate without masks, while restaurants must adhere to strict distancing regulations which severely restrict the number of customers that can be served,” read a statement from the national, non-profit association representing Canada’s restaurant and food service industry.

Mohamad Fakih, CEO of Paramount Fine Foods, echoed these remarks on social media, saying while safe reopening is the No. 1 priority, restaurants and small businesses are being “scapegoated and penalized.”

“I’m still absorbing what they just did. Why would they do it the evening of a Friday on a long weekend, like almost as if they are embarrassed about what they’re announcing,” Fakih tells 680 NEWS.

“All levels of government should immediately provide more help to small businesses and restaurants especially,” added Fakih. “I’m asking (Premier Doug Ford) to immediately reverse that decision and give restaurants as much capacity as he gave everyone else.”

Restaurants Canada says a recent survey revealed 80 per cent of restaurants continue to just break even or lose money having borne the expenses of PPE and safety protocols as well as the recent introduction of the vaccine passport.

“The industry has done everything asked of us, and yet we continue to be singled out,” it says. “Restaurants Canada is calling on the government to immediately lift all further restrictions on the industry and provide additional support to recognize the cost of implementing the vaccine passport program.”