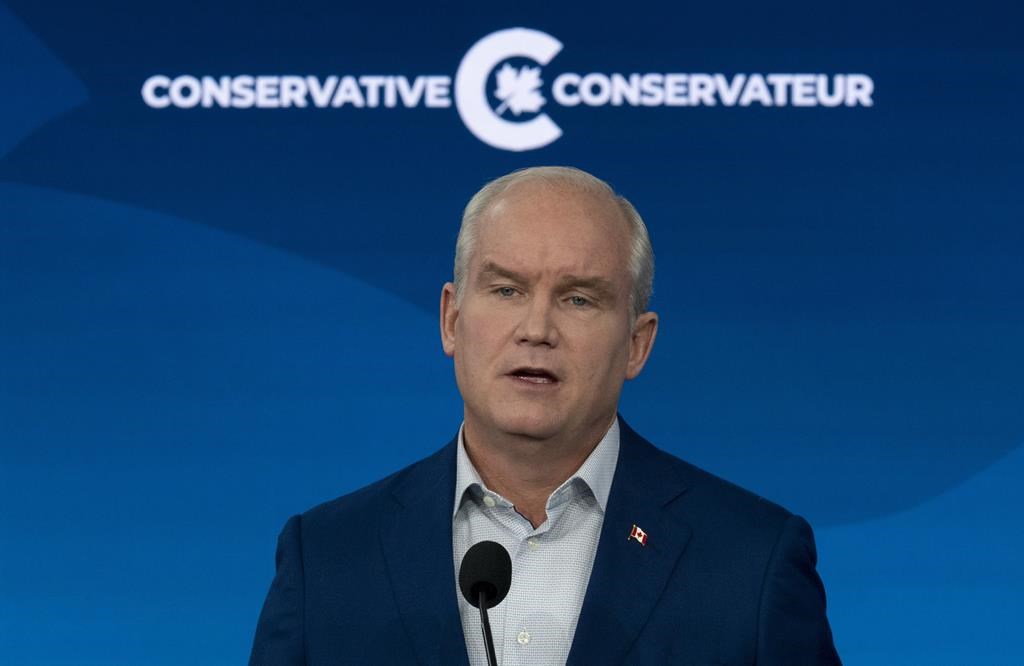 Conservative Leader Erin O’Toole expressed confidence that his 118 elected members have his back, despite them voting for the power to review his leadership and potentially give him the boot.

In Ottawa on Tuesday, Conservative MPs gathered for the first time in person since the party’s election defeat two weeks ago that saw them win two fewer seats than it did under former leader Andrew Scheer.

The party suffered losses of incumbent MPs – including five elected people of colour – and failed to make crucial gains needed in the Greater Toronto Area, Quebec and Metro Vancouver.

Despite that, O’Toole has spent the time since the election highlighting the positives, including how the party increased its percentage of the vote in Ontario and won new seats in Atlantic Canada.

Conservative MPs met for roughly six hours Tuesday and during that time voted in a provision that would give themselves the power to trigger a review of O’Toole’s leadership.

“This is not about a sword of Damocles hanging over my head,” O’Toole told reporters after the meeting.

“We’re united as a team. This is about having a fair and transparent process that a team must have when it respects one another.”

Under the Reform Act passed in 2015, each party’s caucus is required to decide after an election whether it wants to empower its members to trigger a leadership review.

For a leadership review to happen, an MP must submit a written notice to the national caucus chair, which has to be signed by at least 20 per cent of elected members and then a vote would be held by secret ballot.

O’Toole said he’s always been a supporter of the Reform Act measures, which also grant caucus the ability to expel an MP and elect their own chair.

He said he encouraged elected members to vote in favour of all of the provisions, but he didn’t directly say whether he would ask the party’s grassroots to vote on his leadership in the next six months.

Re-elected Alberta MP Shannon Stubbs believes members should be able to have a say about his leadership within the next six months instead of having to wait two years for a scheduled one in 2023.

While many MPs who attended the caucus meeting voiced their support for O’Toole remaining on as leader, Stubbs was the most critical of the election performance, saying she lost 15 per cent of her vote and wants to see him outline a plan to win back Conservative supporters who disagreed with the party’s direction.

O’Toole promised billions in spending during the campaign and caused some confusion when he added a footnote to his platform promise to repeal a Liberal ban on some 1,500-types of firearms. His footnote stated the ban would remain in place pending a review.

He promised the review would involve caucus, national council, the Conservative party and its fund to ensure a thorough probe of where the party fell short, as well as what it did right, so it can win an election that could arrive in the next 18 months under the current minority Parliament.

O’Toole said he accepts responsibility for the election outcome, noting he had a plan to win the confidence of Canadians and “we fell short.”

But he added he believes the simple reason for the loss was Prime Minister Justin Trudeau using the COVID-19 pandemic as a way to “divide Canadians.”

U.S. to accept travellers immunized with vaccines approved by WHO, FDA, says CDC

‘WORLD IS LAUGHING AT YOU’: Brothers fined for wrecking late mother’s home amid family feud

Air India tragedy, 36 years later: ‘What has not been acknowledged is the grief’