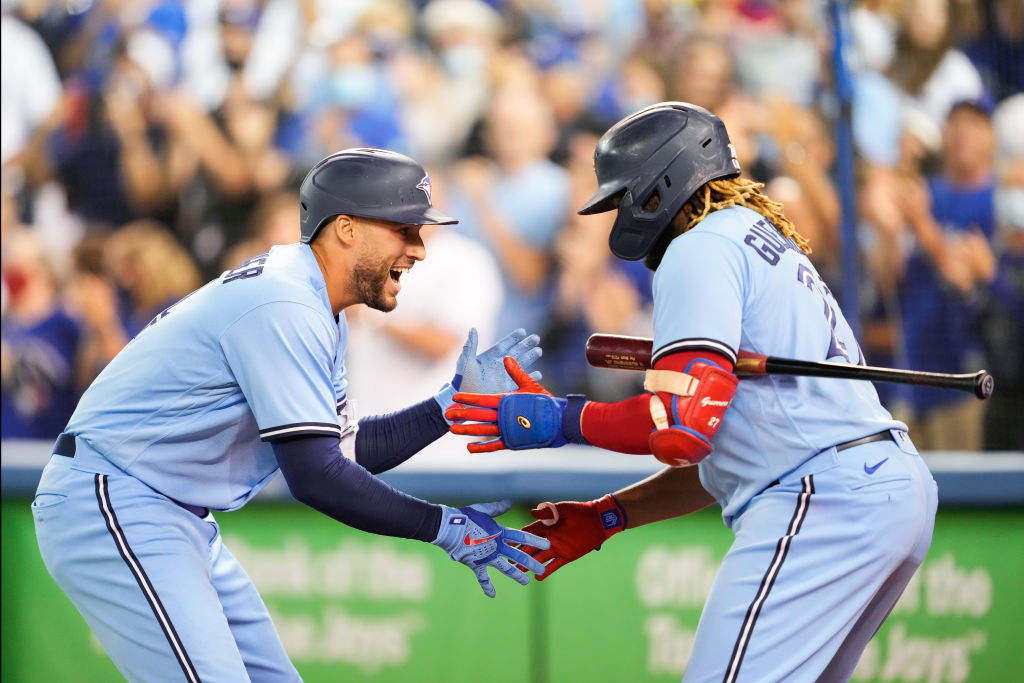 A pair of George Springer homers, including a grand slam and a record-breaking blast from Vladimir Guerrero Jr., pushed the Blue Jays to the brink of a berth in an American League wild-card tiebreaker game. But in the end they came up one win short.

Toronto hammered the lowly Baltimore Orioles 12-4 to sweep the regular-season ending series on Sunday but they needed a loss from either the Boston Red Sox or New York Yankees to make it to a tiebreaker game for one of the two wild-card slots.

The Yankees were the first to dash Toronto’s hopes, scoring the only run they needed in the ninth inning for a 1-0 win over the Tampa Bay Rays. That clinched a wild-card spot for New York.

The Red Sox put the nail in the Blue Jays post-season coffin with a come-from-behind 7-5 win over the Washington Nationals to secure the second wild-card berth.

After hitting five homers in a 10-1 win on Saturday, the Blue Jays slammed four more long balls in the finale to extend their club record for homers in a season to 262.

The 22-year-old Guerrero’s two-run homer in the second inning was his 48th to set a record for most homers in a season by a player 22 or younger. The remarkable Eddie Mathews set the record of 47 in 1953.

To go with his AL-leading 48 homers, Guerrero finished his AL MVP-candidate season with a league-best .311 average and 111 RBI.

The Blue Jays emerged swiftly with leads of 3-0 after the first inning, 5-0 after the second and 9-1 after three.

After Springer drilled his fourth lead-off homer of the year, the right-handed hitting Guerrero smacked an opposite-field two-run shot with Marcus Semien aboard in the second.

In the third, Springer belted a grand slam for his 22nd homer of the year.

A Guerrero walk, double from Bo Bichette, and a two-run single to centre from Teoscar Hernandez pushed Toronto’s advantage to 11-1 in the fourth with his club-leading 115th and 116th RBI.

Semien smacked a two-out solo shot to left in the fifth inning for his 45th.

Ryu won for the first time since Sept. 6 and survived a scary incident in the fourth inning. With one out and Baltimore-designated hitter Trey Mancini on first base, catcher Pedro Severino hit a smash back at Ryu, hitting the Toronto pitcher on the inside of his right thigh. He stayed in the game but gave up another run in the fifth inning.

The Orioles (52-110) finished with the worst record in the American League.

Streetcar and vehicle collide at King and Sherbourne

‘OFF THE CHAIN’: Shaq says Toronto women are hottest of any NBA city

Girl, 12, struck by car in Etobicoke