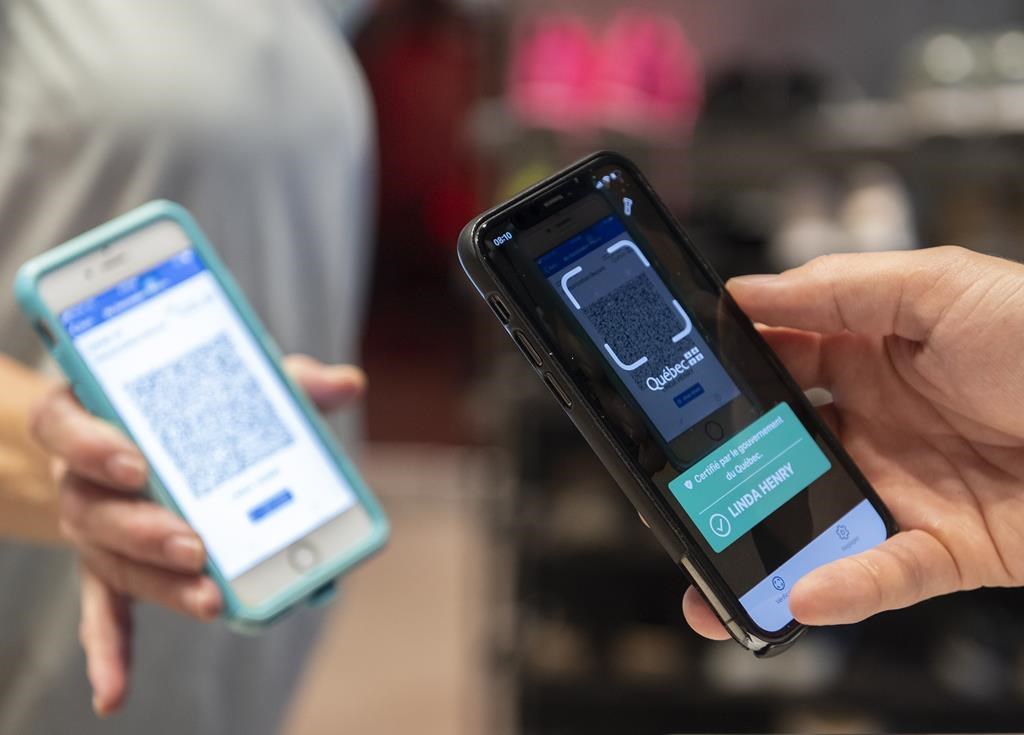 Canadians overwhelmingly support the idea of requiring vaccine passports to gain admittance to public places such as restaurants, bars and gyms, a new poll suggests.

Fully 78 per cent of respondents to the Leger poll said they strongly support (56 per cent) or somewhat support (22 per cent) requiring proof of vaccination against COVID-19 to visit non-essential public places where numerous people typically congregate, including concert halls and festivals.

Just 13 per cent said they strongly oppose a proof-of-vaccination requirement, variations on which are being introduced by provincial governments across the country. Another nine per cent said they’re somewhat opposed.

Support ranged from a low of 70 per cent in the Atlantic provinces to a high of 86 per cent in British Columbia. Eighty-one per cent of Alberta respondents also supported the move, although their province has been the most reluctant to adopt a vaccine passport system.

The poll of 1,537 Canadians was conducted Sept. 24-26, as health care systems in both Alberta and Saskatchewan were being overwhelmed by soaring cases of the Delta variant of the COVID-19 coronavirus.

The online poll cannot be assigned a margin of error as internet-based surveys are not considered random samples.

Seventy-four per cent of respondents said governments should not lift all public health restrictions now. Just 18 per cent supported lifting them.

Opposition to relaxing public health orders included 76 per cent of respondents in Alberta, where Premier Jason Kenney lifted most restrictions over the summer, only to have to reimpose some recently as the fourth wave of the pandemic swept the province.

Unsurprisingly given their provinces’ struggles with the fourth wave of the pandemic, Kenney and Saskatchewan Premier Scott Moe ranked the lowest among provincial first ministers for their handling of the health crisis.

Fully 80 per cent of Alberta respondents said they were very or somewhat dissatisfied with Kenney’s performance, and 74 per cent of Saskatchewan respondents felt the same about Moe.

Fifty-seven per cent nationally said they were satisfied with the federal government’s handling of the pandemic while 61 per cent expressed satisfaction with their municipal governments.

2 injured in crash with transport truck in Etobicoke