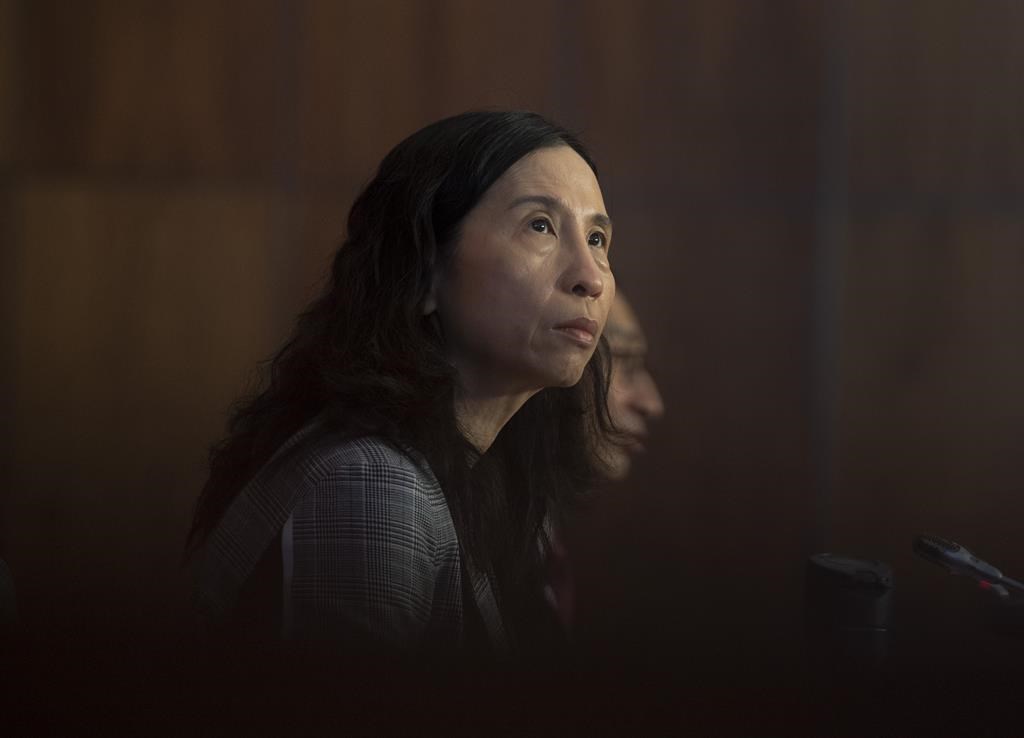 There’s no definitive word on just how many people need to be vaccinated against COVID-19 to reach herd immunity but, whatever it is, Canada’s top doctor says the highly contagious Delta variant has set the goalpost even farther away.

Dr. Theresa Tam, Canada’s chief public health officer, has previously said she would like to see all eligible age groups at least 80 per cent fully vaccinated as soon as possible to fight the surge in COVID-19 cases.

As of the latest update, that’s true for everyone over the age of 50, with people in their 40s close behind at 79 per cent.

“Delta variant, of course, being more transmissible has led to an increase in vaccine coverage level requirement to help move towards community immunity, or herd immunity,” Tam said at a briefing Friday.

Herd immunity – when enough people have been vaccinated that COVID-19 can no longer thrive – has been described as the finish line for the pandemic: if only enough people get vaccinated, Canada could cross that line and life could return more or less to normal.

Tam suggested vaccination coverage may now need to be 80 per cent for the whole population, as opposed to just those who qualify for the vaccine.

While 81 per cent of those who qualify are fully vaccinated, Canada’s total population is only about 70 per cent vaccinated. There’s no vaccine currently approved for children under 12.

Tam said the magic number will be different for each community based on how many people in the area have already contracted the virus and the density of the population.

Her message, as ever, is that the more people who get the shot the better.

“Reach for the stars, get to 100 per cent if you could, even though that seems like a stretch goal,” Tam said. “That’s what you need to do with a very transmissible variant.”

Of those that are eligible for the shot, 18 to 39-year-olds are the least fully-vaccinated group in the country at only 70 per cent. But public health officials have seen a big uptick in recent weeks as vaccine passports have come into effect.

“At the end of the day I think it’s about giving privileges to those who’ve made, I think, the right decision to get vaccinated,” said Dr. Howard Njoo, Tam’s deputy chief.

“I feel much more comfortable and safe knowing that everyone around me as well is taking the decision to get vaccinated and we’re all not only protecting ourselves but protecting each other.”

Between Aug. 21 and Sept. 18, a little more than one million people received their first dose of vaccine and 52 per cent of them were in the 18 to 39 age bracket.

With files from Mia Rabson in Ottawa