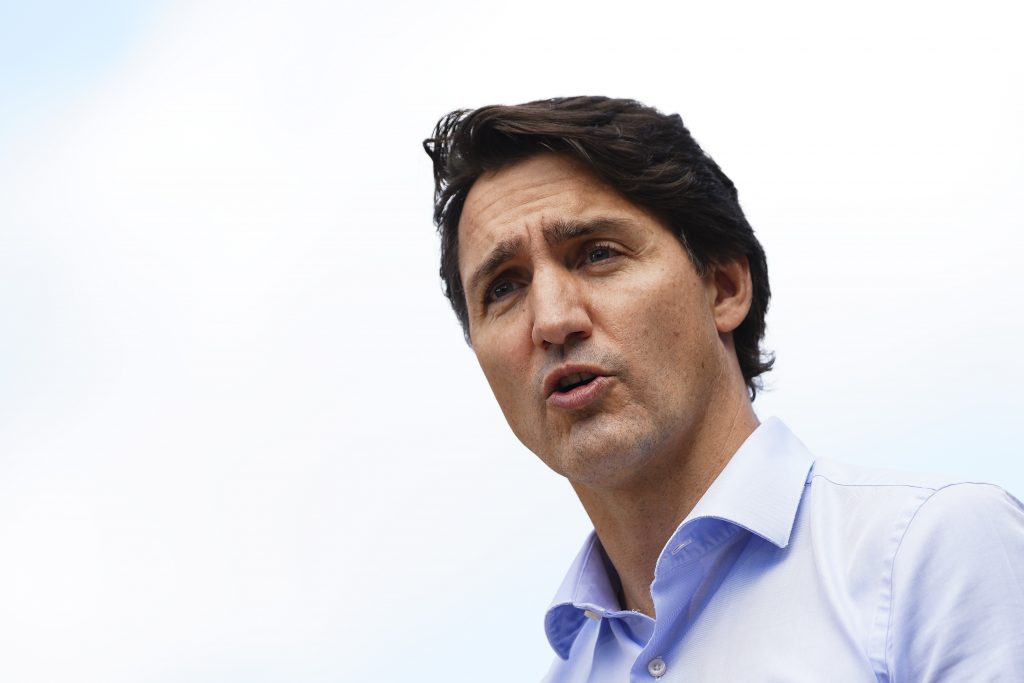 TOFINO (NEWS 1130) — As the country marks its first National Day of Truth and Reconciliation, Prime Minister Justin Trudeau is in Tofino spending time with his family.

Despite his schedule saying he’s in private meetings, NEWS 1130 has confirmed through his office, he will be on Vancouver Island for a few days.

His whereabouts are receiving harsh criticism; however, the PM’s office says this trip is “following his participation in [Wednesday] night’s ceremony.”

A number of Twitter users posted about their frustration and anger.

One person wrote, “Honestly, what are you thinking JustinTrudeau? I have proudly voted Liberal in every election, this is so disappointing.”

Others said the trip was hypocritical while another user simply said, “Un. Believable.”

Spokesman Alex Wellstead said Trudeau spent “hours” on the phone Thursday speaking to survivors of the schools, but would not go into details of Trudeau’s phone calls “because they were private calls with individuals.”

But he said survivors “shared their heartbreaking stories of what they experienced and the lasting impacts. Some expressed hopefulness about the path forward and the importance of this day and the opportunity for Canadians to continue learning about our country.”

Together, we must continue to learn about residential schools and the intergenerational trauma they have caused. It is only by facing these truths and righting these wrongs that we, in partnership with Indigenous peoples, can move toward a better future. https://t.co/Myv6w3lTkn

Wellstead said just because Trudeau is not in Ottawa doesn’t mean he’s taking a holiday.

“He wasn’t on a beach,” he said, noting that even the prime minister’s plane is equipped with a phone.

Wellstead said Trudeau will continue working while in Tofino on putting together his new post-election cabinet and other government business.

A spokeswoman for Conservative Leader Erin O’Toole slammed Trudeau for using the day to travel to B.C.

“Truth and Reconciliation Day shouldn’t be treated like a holiday but that’s what Justin Trudeau did,” said Chelsea Tucker.

“This is the pattern Canadians have come to know with Justin Trudeau. He says nice things about reconciliation but never follows through. As Prime Minister, Erin O’Toole will always mark this day with the respect and dignity it deserves.”

O’Toole attended a Truth and Reconciliation Day ceremony Wednesday night on Parliament Hill, at which Trudeau and several survivors spoke about the importance of Canada coming to terms with its ugly history of residential schools.

Tucker said O’Toole spent Thursday in Ottawa “taking the opportunity to remember and honour the lost children and survivors of residential schools, their families, and their communities.”

Wellstead said he hopes O’Toole took the opportunity to actually speak with some survivors, as Trudeau did.

Trudeau said he applauds the courage of residential school survivors and that it cannot be easy for them to speak out.

At the ceremony on Wednesday, Trudeau said reconciliation simply doesn’t mean looking back and understanding the mistakes made in the past but realizing that they are shaping the country even today.

He said while Canada is seen as a peace-loving place that respects the rights of people, it is also a country that has made huge and terrible mistakes.

The prime minister added the challenges facing First Nations such as injustice, inequality, discrimination and racism can be traced back to the decisions made decades ago.

Trudeau stressed it behooves everyone to listen to the experiences of residential school survivors and know that they are every Canadian’s story.

LILLEY: Will we face a health crunch over hospital vaccine mandates?