‘I just wanted to go out:’ A look at what is motivating some to get vaccinated now 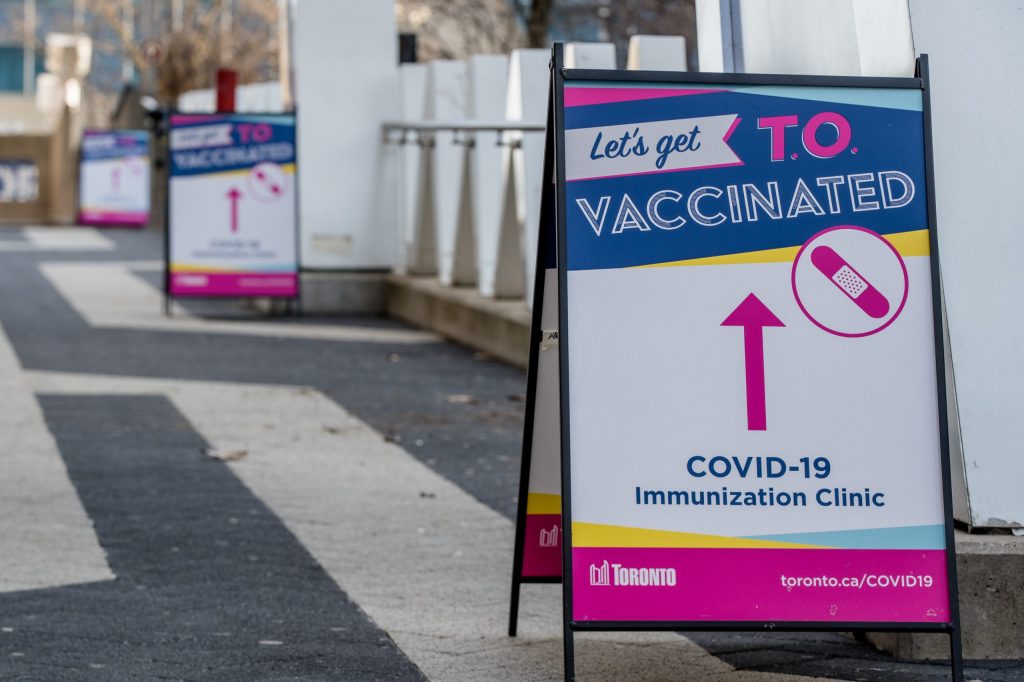 Several months after Ontario’s COVID-19 vaccine rollout began, about 20 per cent of eligible residents have yet to get fully immunized against the virus. The Canadian Press spoke to people who got a jab at a pop-up clinic in an east-Toronto shopping centre this week to find out what motivated them to get their shots. Here are their stories:

Owaan, 21, said the province’s new vaccine certificate system – which kicked in last week and requires proof-of-immunization at restaurant dining rooms, bars, gyms and other venues – pushed him to get his first dose.

Owaan, who lives in neighbouring Brampton, Ont., said he was most looking forward to being able to grab a bite at a restaurant after being fully immunized.

Clement Ahoua, who lives in downtown Toronto, was at the mall clinic for his second dose.

He said he “just didn’t have time” to get vaccinated earlier. He also said he wanted to read up on the shots before getting immunized, particularly because the COVID-19 vaccines had been developed so quickly.

“I read a lot about it and decided at a certain time that I will do it,” Clement Ahoua said.

He added that he was now advising all his family and friends, even those who live abroad, to get vaccinated.

Osborne, 61, said he was “skeptical” about COVID-19 but was getting vaccinated to protect his wife, who had recently been in hospital for foot surgery.

He stopped by the clinic on Wednesday to check when he could get his second dose and was told to return on Friday.

Osborne said he didn’t want to risk spreading COVID-19 to his 81-year-old wife, who had just returned home from the hospital on Tuesday.

“I don’t want to be the reason she goes back in,” he said. “I’m skeptical about it, but I will get it done, just to be on the safe side.”

Jack said she was “fearful” of vaccination at first because she was worried about potential side effects of the COVID-19 shots developing in the future.

The Toronto resident, who is in her 20s, said she ultimately “felt forced” to get her second shot this week after realizing her options for travel and other activities would otherwise be limited.

“I felt like I had no choice, and if I don’t get vaccinated, I can’t do certain things – I can’t travel to certain countries, I can’t go to bars, I can’t go places that are fun without getting vaccinated,” she said.

“It’s good that the vaccine is there, but at the same time, you just don’t know what the effects can be in the long run.”

Islam, 24, got his second shot at the clinic on Wednesday, saying he wanted to get it earlier but had been too busy with his full-time job as a security guard.

A failed attempt to get into a restaurant in Hamilton a few days ago – after the province’s vaccine certificate program launched – prompted him to find the time to get fully vaccinated “immediately,” he said.

“I think if I take my vaccine that I’ll be benefited,” he said. “So, yeah, I think everyone should take their vaccine.”

Crimean platform: casus belli or the moment of truth?