‘We need to be that change’: Kamloops First Nation reflects on truth, reconciliation 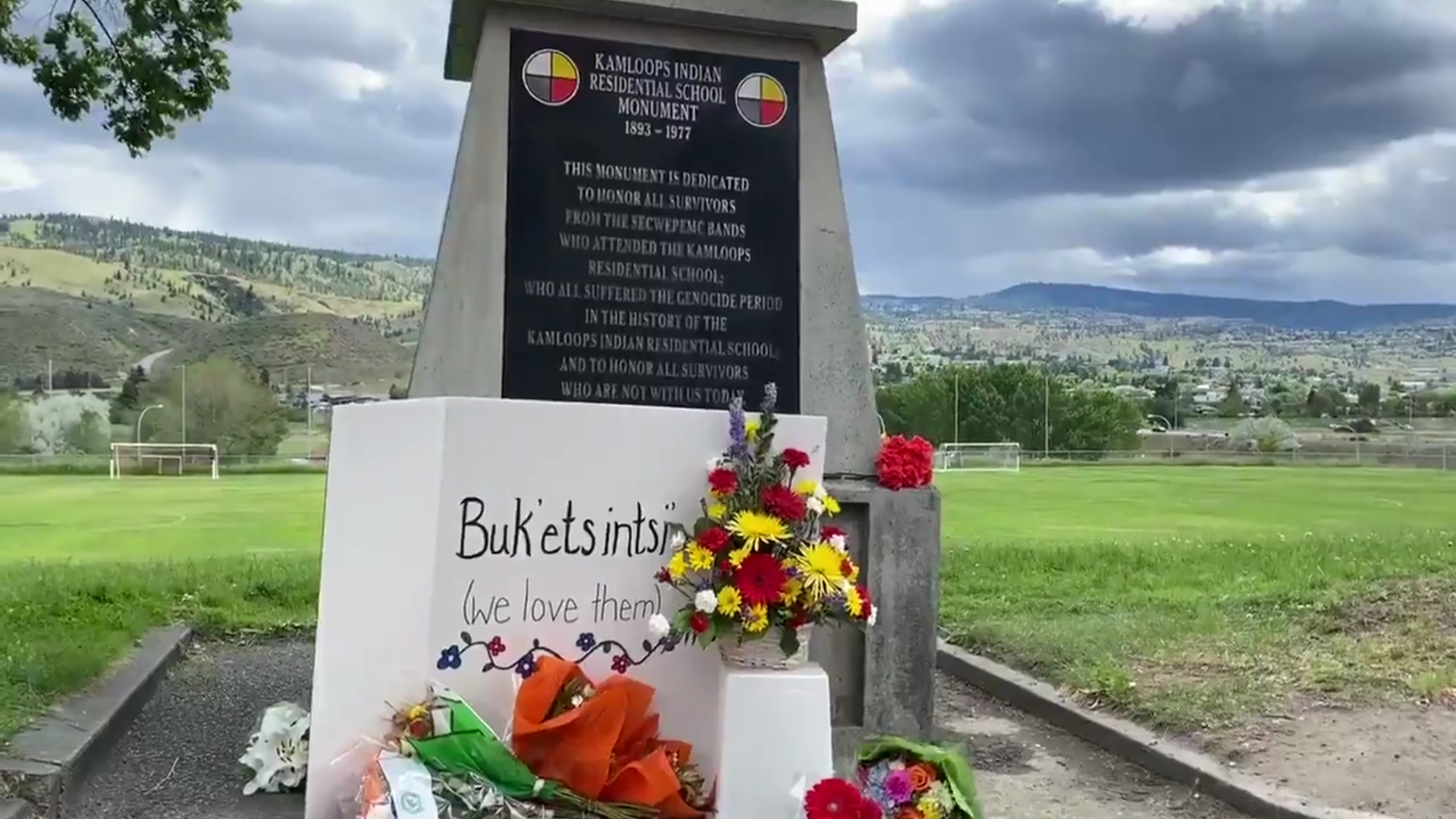 Since then, the Tk’emlúps te Secwépemc First Nation has been in the spotlight. The discovery on their lands confirmed what was already widely understood within many Indigenous communities. It was an awakening in the rest of the country to the horrors of Canada’s residential school system, in which more than 150,000 children were taken from their homes and families.

Many suffered physical, sexual, and emotional abuse, while numerous others did not survive.

“So many of the stories about children missing, burial, incinerators … you name it, my grandmother shared,” Chief Roseanne Casimir said, ahead of Thursday.

Casimir’s mother also survived a residential school. From the time she was a teen, Casimir listened to stories from two generations of survivors.

“Finally, there’s actually something to provide and show proof that the stories are real. What happened to them was real. The pain that they suffered and endured was real.”

Until the devastating confirmation that hundreds of children taken from their homes never got the chance to come home, the pain laid bare time and again by survivors did not resonate beyond Indigenous communities.

Casimir’s mother and grandmother have passed away. She can only imagine what they would think of what is happening now.

“For them, if they were here today, they would be probably thinking ‘Wow, the world is actually listening.’”

Immediately following news of the remains being found, all ears and eyes turned to the Tk’emlúps te Secwépemc First Nation and Chief Casimir.

Ground-penetrating radar, according to Canada-based GeoScan, is a technology that is usually used for things like identifying and locating rebar, conduits, and post-tension cables in concrete slab, or mapping bedrock. It uses high-frequency electromagnetic waves to create an image of what could be underground.

The Tk’emlúps te Secwépemc First Nation was the first to employ the technology to confirm where and how many bodies may be buried on the residential school grounds. The reality of it all, although expected, and the weight of Casimir’s responsibility to the children and their families is immense.

Finding those families and having those painful personal conversations is a process that has only just begun.

“There’s children from other provinces — from Alberta and over into the States, the Yukon — and we’re reaching out to them and sharing to them directly what had happened, how science is now confirming our survivors,” Casimir said.

The 215 remains found in Kamloops grew to hundreds and then thousands of people across the country and continent. Ground searches across Canada continue to find more children who never got to go home, nor given proper burials. They were left in unmarked graves.

“Addressing this now in all our hands, our truths are being heard. Next is education. Next is that continued path forward with everyone. This means all Canadians knowing 94 calls to action from the Truth and Reconciliation Commission and the United Nations Declaration on the Rights of Indigenous Peoples,” Casimir said.

That means reconciling the damage done and the pain inflicted by Canada’s residential schools that has endured through generations into Canada’s history.

“For so long, for so many of our people it was a lot of shame. It was grief. It was trauma that they had buried deep inside of them … and you can see it in the generational impacts that it has caused, especially when you’ve got loss of language, loss of culture, malnourishment, loss of the ability to be a parent because all those things were stripped from them.”

It also means holding leaders to account. Indigenous issues were not at the top of the agenda in this fall’s federal election, despite the ongoing confirmation of children’s remains.

Days before the National Day for Truth and Reconciliation, the Catholic Bishops of Canada apologized “unequivocally” for harm done and announced an Indigenous contingent will meet with the Pope before the end of the year.

While leaders have their role in reconciliation, so too do all Canadians.

That includes Canadians choosing, she says, to take an interest, get educated, and ensure healing happens.

“We as parents have a responsibility to ensure that we really be that change for our children. This is something that I know we can do together. It’s not going to be easy. It’s going to be a long road,” Casimir said.

“We as First Nations are going to continue thriving and striving for a better future for all of us.”

Ontario’s vaccine targets to fully reopen could be met in 10 days: top doctor