Ontario’s COVID-19 situation stable for now, but will be ‘fragile’ heading into winter: Science table

Ontario seems to have a handle on COVID-19 for the time being, with no marked increases in cases, hospitalizations, and ICU occupancy, but the situation will be “fragile” as colder weather approaches, forcing more people indoors.

That’s the conclusion drawn by the province’s science advisory table in its latest round of projections released Tuesday.

The table released a wide range of possible scenarios with “high uncertainty” in estimates because it’s too early to see the full impact of the return to schools and workplaces and how spending more time indoors will contribute to the spread of the virus.

If there’s a 25 per cent increase in transmission, daily case counts would soar over 5,000 by November. If things remain the same, with no changes in policies or behaviour, daily cases would rise to slightly more than 1,500. A 25 per cent reduction in transmission would see cases drop well below current levels. (see chart above).

Ontario reported 466 new COVID-19 cases and 11 additional deaths on Tuesday. The rolling seven-day average of new cases has dropped to 606, down from 710 one week ago.

The science table confirms that test positivity rates are currently in a decline. 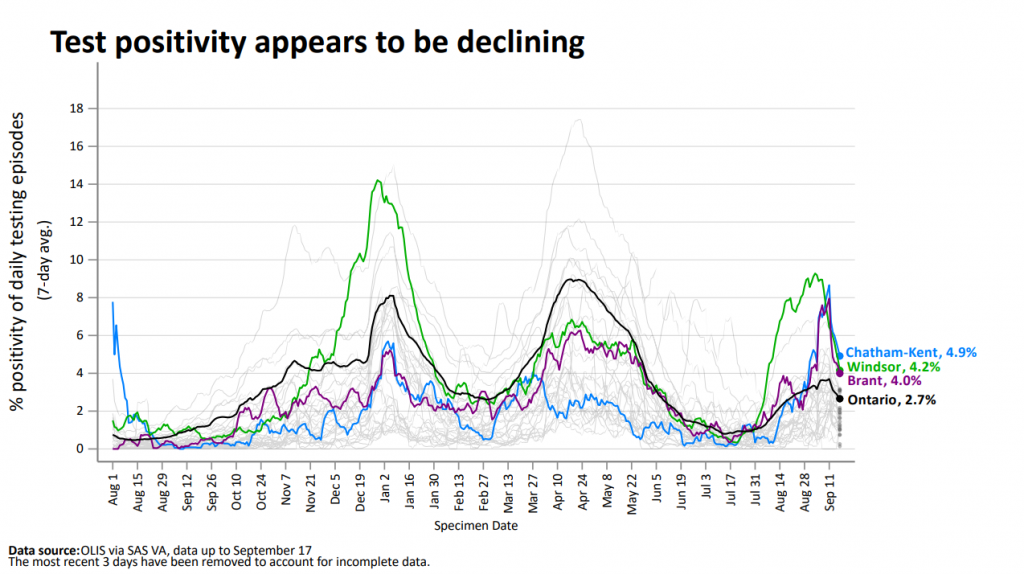 The science table says vaccination coverage is increasing slowly, and continued control over case growth will require high vaccination rates along with continued public health measures and decreases in mobility. 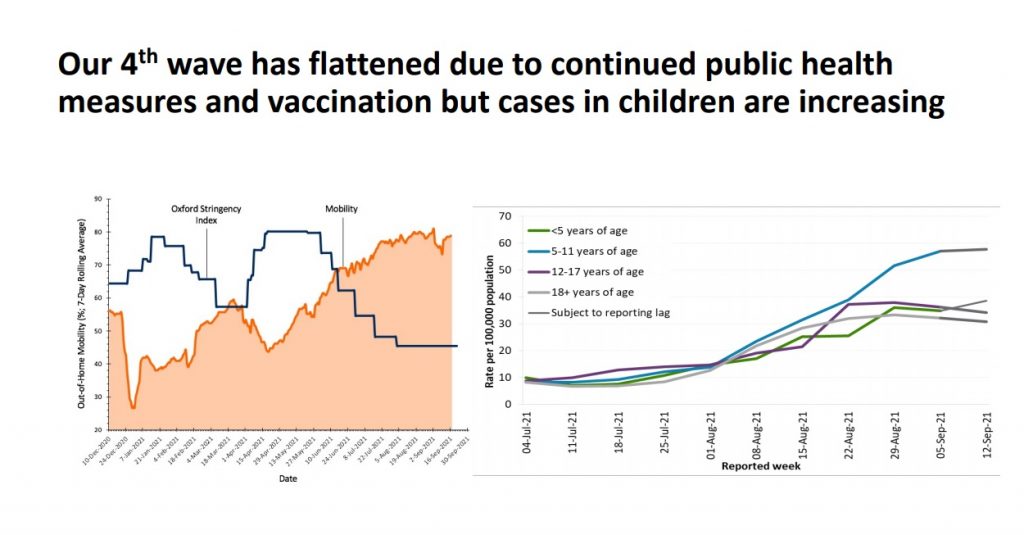 Ontario hospital and ICU occupancy rates have been stable for several weeks, but by the end of October estimates vary from under 200 beds to over 300 beds.

Patients in ICU are also expected to be younger in comparison to previous waves. 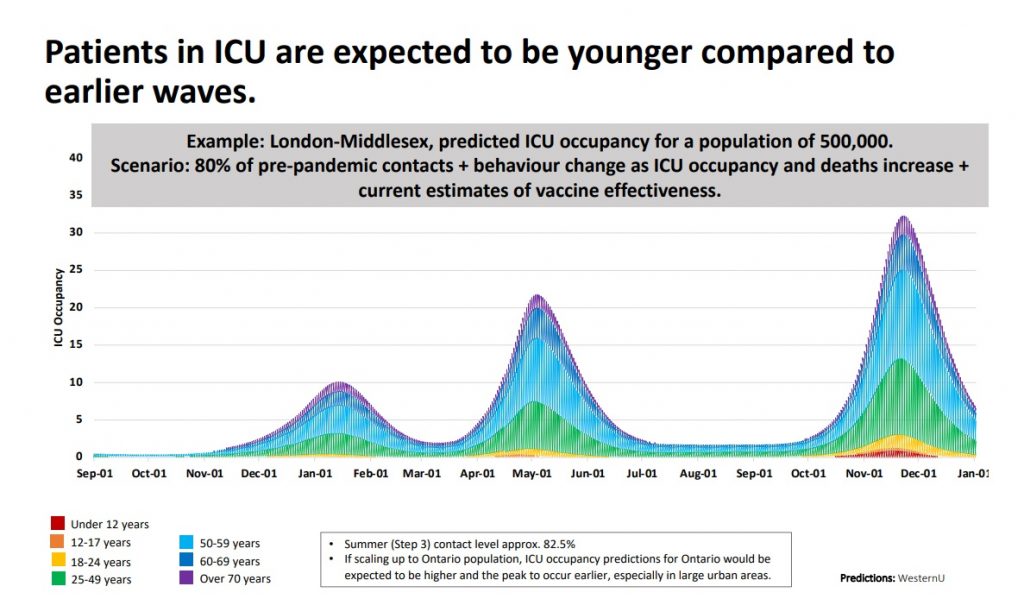 “The risk of contracting COVID-19, being hospitalized for COVID-19, and entering the ICU is several times higher for unvaccinated individuals,” the table states, adding that people will long-term lingering effects from COVID-19 will “substantially impact the health of thousands of Ontarians.”