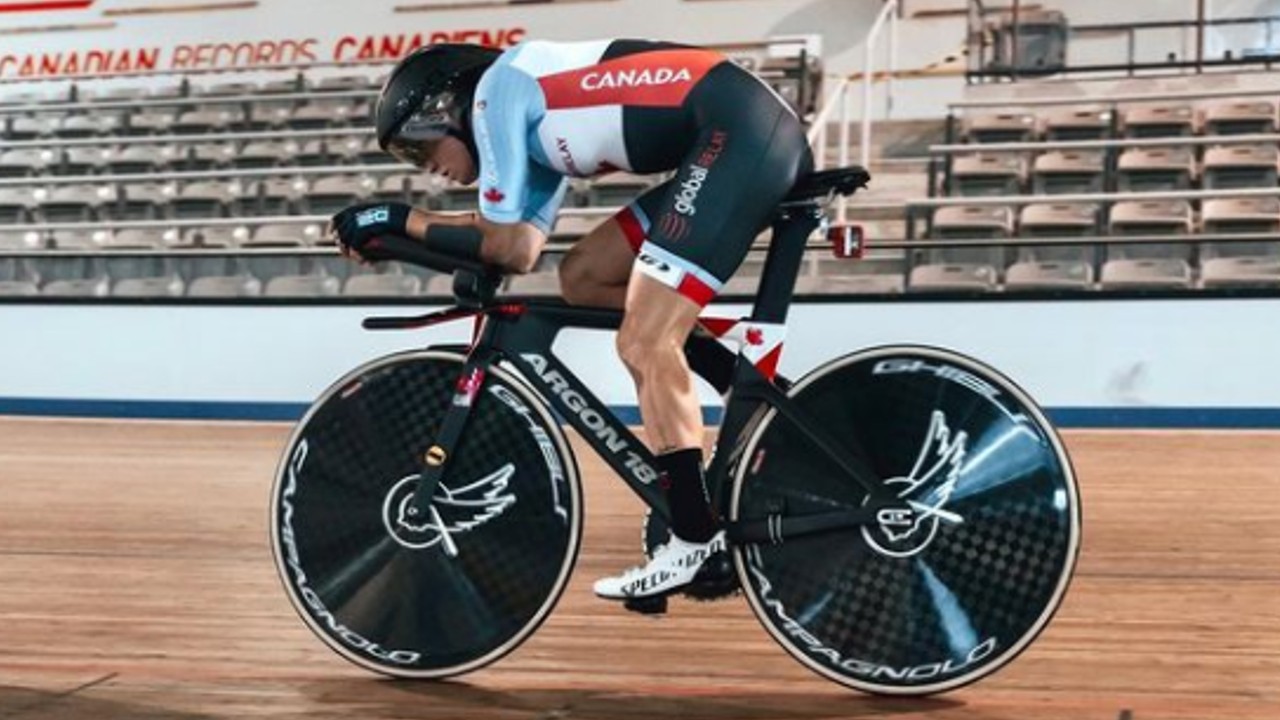 Everything about four-time Olympian Georgia Simmerling’s career has been anything but ordinary, so who would expect anything less from her in retirement? Less than two weeks into retirement the B.C. native announced that she was launching the female-focused sports agency AG Sports Inc.

Simmerling made history in 2016 when she became the first Canadian athlete to compete in three different sports at three different Olympic Games. She has represented Canada in alpine skiing, ski cross, and track cycling winning a bronze medal in the latter at the RIO 2016 Games. Simmerling’s final Olympic appearance as an athlete was at the Tokyo games where she was just seconds shy of securing another bronze medal on the bike.

Why did you want to launch AG Sports Inc.?

Georgia Simmerling: I knew before I left my career and announced my retirement that I needed to find my passion and my purpose for my post-retirement life of sports. I knew that I’ve always wanted to get into the business side of sports but in what realm? I definitely am not the athlete that’s going to take a year or two off. That was scary to me to even think about that and at the same time, I kind of came to this understanding and this epiphany that I wasn’t quite ready yet to work a 30 or 40-hour workweek for someone else or for a big company. Having said that, I definitely have been working those hours for myself, but I guess on my own time and I have decided and I have launched my own business, which is a sports agency.

AG Sports has come to life and I’m thrilled about this. I really think there’s a massive space in the agency world in Canada for a female presence. I’m more than thrilled to jump into that world and I have already signed seven athletes, all-female, including many Olympic medalists from the last two Olympics. I just can’t wait to get to work.

This is exciting news and a big step forwards for female athlete representation in Canada. Who are some of the names on your roster?

We have a great roster already. We have: Blayre Turnbull is a young veteran on the Canadian Women’s Hockey Team, Maddy Price, Amy Fraser, Amelia Smart, and Olympic medalists Kasia Gruchalla-Wesierski, Katie Vincent, Lauriane Genest. I am very excited to be working with athletes. I am going to try to make a change in this sport, in this country and I think now is the time more than ever to do so. If the last two U.S. Open Finals and the Women’s Gold Medal Soccer game in Tokyo haven’t told us already, it’s time to invest in women’s sports. It’s an exciting time in this country for female athletes.

When you announced your retirement from competing your social media was flooded with positive messages. What was it like for you to make the announcement and then read all of the messages of support?

I read all the messages! I read every single one of them and it was extremely overwhelming. I woke up the next morning to a bit of emptiness because I had just announced my retirement and it was just an emotional toll of positivity. It’s overwhelming. It really is overwhelming. I mean, I just try to make my country proud and I am so lucky to have represented Canada for so long and in so many different sports. I truly just am grateful to have had the opportunity and the experiences that I’ve had as an athlete.

When did you know that Tokyo was going to be your last Olympics as an athlete?

I’ve known for a while that I wanted to retire after Tokyo. I knew I wanted to retire after the Games even before the postponement happened. I’m really lucky and grateful that I knew I wanted to retire and that I am retiring on my own terms. I’m very excited about what’s next. And I’m grateful that I’m in a position to announce my retirement with happiness. I know a lot of athletes that aren’t in that position when they retire and I think it can be really challenging for them. I think I’m in the best possible place of my life to announce my retirement and move on. I’m excited about it.

You are also heading on a new adventure with your fiancé (PSG goalkeeper Stephanie Labbé, who just captured Olympic gold with Canada’s women’s soccer team in Tokyo). You are moving to Paris!

Yeah, Steph just signed with PSG, one of the top football clubs in the world, and she is doing very well out there. She’s excited about her season with the club but her only caveat to moving to France was that I go to France with her, so we are excited to settle in.

This interview has been edited for length and clarity